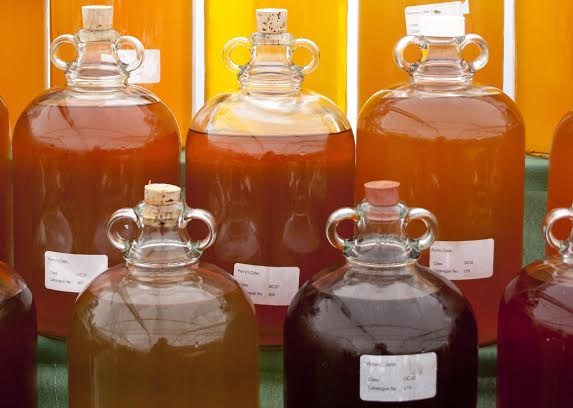 Turning to drink is almost never the answer to one’s problems unless one happens to run a struggling apple orchard, in which case, bottoms up! The drink in question is hard cider—a forgotten American favorite that’s enjoying newfound popularity and helping to revive orchards throughout the country.

A combination of factors led to cider’s decline—immigration (particularly from beer-drinking societies), expansion of grain markets, and prohibition ultimately put the drink out of favor. As zealous teetotalers felled cider apple trees, orchardists planted table apples in their place and the word “cider” became synonymous with the fresh-pressed, sweet apple juice we’ve come to associate with pumpkins and hay rides.

Fortunately for cider enthusiasts, the drink has begun to regain a loyal following amongst Americans over the last few years. In New York, the renaissance is due in part to the Apple Project–an initiative of Glynwood, a nonprofit organization with the mission is to ensure that farming thrives in the Hudson Valley.

Sara Grady, Glynwood’s vice president of programming, has become somewhat of an expert on both cider apples and fermentation over the last five years. She can talk tannins and astringency levels with ease and reel off a detailed explanation of the differences between applejack and scrumpy.

It’s all part of the wild ride she’s been on ever since she and her colleagues noticed that orchards in the Hudson Valley—New York State’s apple basket—had declined by a startling 25 percent between 2002 and 2007. New York is the nation’s second largest producer of apples, but extreme weather, fierce global competition, rising production costs, and development pressure have led more and more apple growers to call it quits in recent years.

Aiming to preserve a historic way of life and thousands of acres of prime farmland, Grady and her colleagues help apple growers parlay their terroir into a sustainable market for their crops. “The way for farms here in the Hudson Valley to survive is to diversify and invest in creating value-added products,” she says.

The Apple Project began with a learning exchange between Hudson Valley apple growers and traditional hard cider producers from Le Perche, an apple-growing region of France, where cider has been part of the fabric of life for centuries. “This group of participants from the Hudson Valley came out of it with a desire to collaborate and a sense of cohesion as a group,” says Grady. 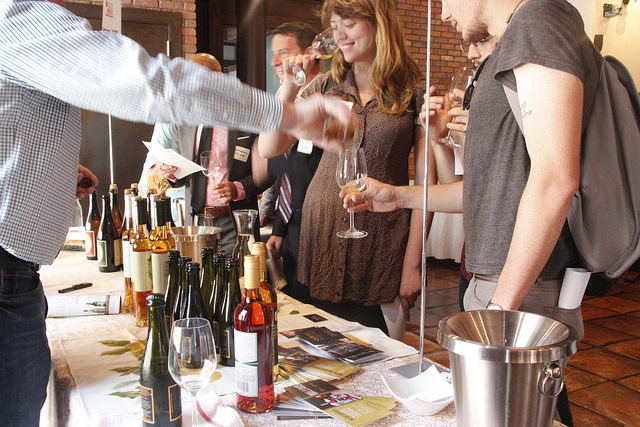 In 2010, the network created Cider Week, a series of tastings designed to allow cider producers to engage directly with bars, restaurants, and retailers throughout New York City. This year the events have taken place in Washington, Oregon, Virginia, and throughout New York State.

“As I reached out to [people] about the events,” Grady recalls, “I discovered that they were really eager to learn more about cider and to be exposed to regional cider producers.” The first Cider Week was met with surprising acclaim. “It was much bigger and there was much more interest than I’d anticipated and it has just grown each year,” says Grady.

In retrospect, the time was ripe for cider’s revival. Residents in New York City had a growing interest in local foods, along with an appreciation for the complex, dry flavors of a beverage that whispered of the soil in which the apples were grown, in some cases just 20 to 50 miles away from Manhattan. And it didn’t hurt that the manufacturers of what some call “six-pack ciders”—the sweet, carbonated style you can buy in a supermarket—had been pouring marketing dollars into building a market for the drink, even if their products bore little resemblance to the dry, sophisticated flavors of orchard-based ciders.

As Americans’ taste for cider has grown, so has the demand for apples like bittersweets, bittersharps, and heirloom varieties like Esopus Spitzenburg (purported to be Thomas Jefferson’s favorite apple), Kingston Black, and Golden Russet. Although there are a few crossover varieties, most cider apples have little in common with table apples. “We’re talking about apples that have high tannins, high astringency, high sugars. They may be inedible. They’re not necessary blended the way an eating apple is,” says Grady.

It can take up 5-10 years for an apple tree to begin producing a substantial quantity of fruit and cider’s popularity is rapidly outpacing the growth of newly planted cider apple trees. In fact, the Wall Street Journal recently reported that increasing demand and a poor growing year has actually led to a shortage of these previously all-but-forgotten apple varieties.

Grady sees this as an opportunity for New York’s apple producers. “We have cider makers who want greater amounts and greater varieties [of apples] which presents a real opportunity for growers to diversify their orchards. I perceive an opportunity for larger scale production that could potentially garner a higher value than table apples,” says Grady.

Although the lag between planting the trees and harvesting the apples is considerable, the market appears to be solid enough to convince more and more apple growers to get into the game. Says Grady, “It’s a big capital investment and takes time but I am hearing that growers are making that leap and planting hundreds and, in some cases, thousands of trees to introduce cider varieties to their orchards.”

In June, Elizabeth Ryan of Stone Ridge Orchard raised $15,000 through Kickstarter to plant 1,200 rare, heirloom cider apple trees that are now putting down roots in Stone Ridge, New York. Jeffrey Soons of Soons Orchard in New Hampton, New York recently planted a few acres of bittersweets and Esopus Spitzenburgs to help supply apples for Orchard Hill Cider–a joint venture with cider and spirits-makers Carolyn duHoffman and Andrew Emig that is located on site. Andy Brennan and his wife, Polly Giragosian, of Aaron Burr Cider have planted a 400-tree cider apple orchard on their homestead farm which should reach maturity in a few years.

As the Cider Week enters its fifth season, it has proven so popular that, for the first time, the Hudson Valley will host its own series of tastings and events from November 14-23 in addition to the week of events in New York City in late October. The goal is to “establish hard cider as a signature regional beverage of this region,” says Grady. Cider Week Hudson Valley was carefully timed to fall just before Thanksgiving, “Cider goes so well with all the foods on the table–it’s a truly excellent choice for a Thanksgiving meal,” she adds.