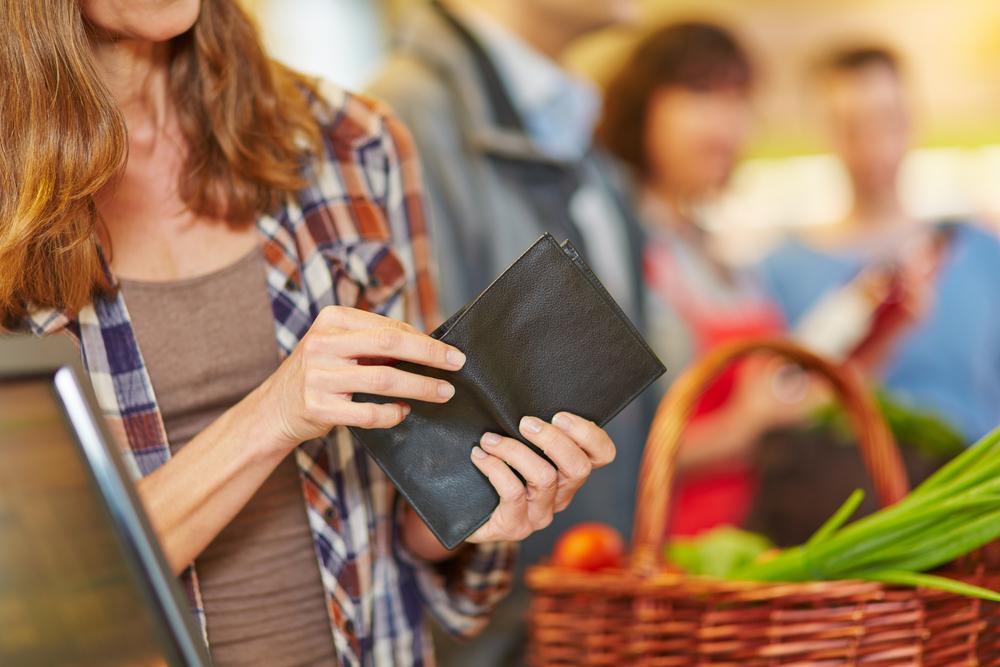 Jonathan Lewis, a writer who lives with his wife and daughter in the isolated town of Alamosa, Colorado, has received Supplemental Nutrition Assistance Program (SNAP), benefits, AKA “food stamps,” since February of this year. Before he and his wife had a child, they were able to afford the food they needed. But after becoming a parent, he says, “I never quite made enough to pay all the bills and make sure all three of us were fed.” So Lewis turned to SNAP “to bridge that gap.”

Now, Lewis and his wife have been proactive in budgeting and menu-planning and the whole family is eating a healthier diet. “My wife is good about keeping rules. If it comes in a package, don’t buy it. If it has high-fructose corn syrup, don’t buy it,” he says.

Lewis, who is originally from Nebraska says, “I never ran into anybody on SNAP [there]. Or if I did, I never knew it because they weren’t going to talk about it.”

This kind of silence about receiving food assistance will sound familiar to others who live in rural America. But a report out last month from the Center for Rural Affairs (CFRA) illustrates quite a different reality: The percentage of eligible people relying on SNAP is higher in rural areas than it is in urban areas. CRA found that nearly 86 percent of eligible rural residents receive SNAP benefits, compared with nearly 73 percent of eligible urban residents.

Lewis feels a little more comfortable using SNAP in Colorado, saying he notices a lot of people at the grocery store doing the same. Despite that, he feels there’s still some stigma around SNAP. And, he adds, his sister still lives in Nebraska—and keeps her use of SNAP secret when possible.

As in Lewis’ case, having a dependent in the house often makes food assistance more necessary. According to CRA, “one in nine rural households contain a SNAP recipient who is either 60 years old or older or a child under 18.”

These facts fly in the face of the common perception is that SNAP is an urban solution to urban problems.

“There’s a notion that this is not a rural program and doesn’t affect rural areas. I think the data show otherwise,” says Jon Bailey, author of the report and director of CFRA’s rural public policy program. “It’s a real fragile situation for a lot of rural households.”

The report is based on an analysis of U.S. Census data and looked only at patterns across the country; the authors did not compare individual states or regions of the country.

One reason that may help to explain the trend, explains Bailey, is that in a lot of rural places, there are very few other options for food assistance. “In urban areas, you may have food pantries and other organizations that provide food,” he says. And there may be a large population that is close to eligible for food stamps but don’t quite need them.

Bailey also notes that the period of data analyzed coincided with the height of the recession. “The rural economy, in certain parts of the country, has always been on that teetering edge,” he says. “For a lot of houses … the recession tipped them over to start becoming eligible for these programs.”

Ironically, many of those facing food insecurity in rural areas also work in the agricultural sector. In California’s Central Valley, for instance–one of the country’s most productive agricultural regions–hunger among farmworkers is a well-documented problem.

Bailey’s hope for the report is that it will serve as a wake-up call to the country and to the country’s leaders—especially the many conservative legislators from rural areas who use SNAP to talk about government handouts and irresponsible fiscal policy. Last year, this stance, caused many rural politicians to lobby for two separate farm bills: one for rural areas that would designate farm subsidies and one for urban areas focused on SNAP dollars.

“We hope that this report will bring some understanding that SNAP is actually a big part of the rural landscape,” says Bailey. Even more than that, because the benefits are also used in rural stores, they actually become an integral part of the entire economy in some areas

“SNAP always seems to be under the gun for funding decisions and funding decreases, and I think it’s interesting that the ringleaders in Congress trying to reduce funding for SNAP are usually people who represent small cities and rural areas,” he says. “Rural policymakers should not be leading the charge to cut the program.”