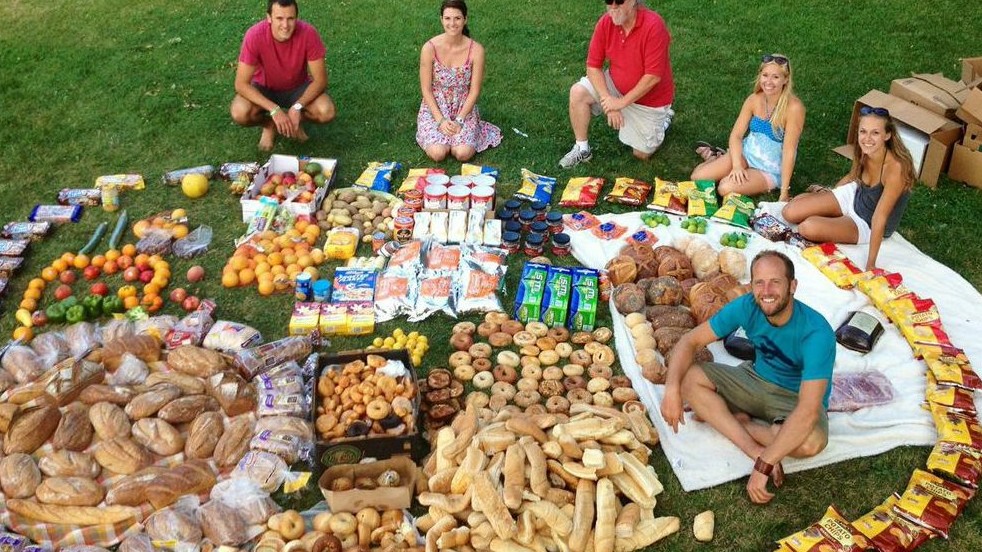 Every year, Americans throw away $165 billion dollars worth of food—that’s more than we spend on the food stamp program (SNAP), national parks, public libraries, and health care for veterans combined. Around 40 percent of our entire food supply gets tossed in trashcans, dumpsters, and landfills, and we’re not even a well-fed nation.

Fifty million Americans, or one in seven, are food insecure and 17 million children, or one in five, go without food on a regular basis. The majority of you reading this likely don’t experience hunger or food insecurity, but the truth is we are a very hungry nation.

I recently finished my second bike ride across the U.S. to bring attention to important environmental issues surrounding food, water, energy, waste, and transportation. During my first ride, 70 percent of my diet came from dumpsters, to the tune of 280 pounds of food in three and a half months. This time, I vowed to only eat food I rescued from dumpsters as I cycled from Madison, Wisconsin to New York City.

Truth be told, I have eaten like a king—I’m chowing down on whole wheat bread and fruit from a New Jersey dumpster as I write this story. Much to the surprise of many, I am able to eat more delicious, nutritious food from dumpsters than most Americans do from the grocery store aisles. I’ve also never been sick from any of my finds.

Over the last few months, I’ve probably spent more hours in dumpsters than your fitness fanatic friend has at the gym. Yet, I’m still blown away almost daily by how much food I find that has been tossed out.

I’ve been hosting Food Waste Fiascos in major cities throughout my ride, in an effort to show others the grand scale of our food waste problem. Statistics are powerful, but most people won’t fully believe something until they see it. The image at the top of the page is from Madison, Wisconsin. Here is what I’ve found in other parts of the U.S.: 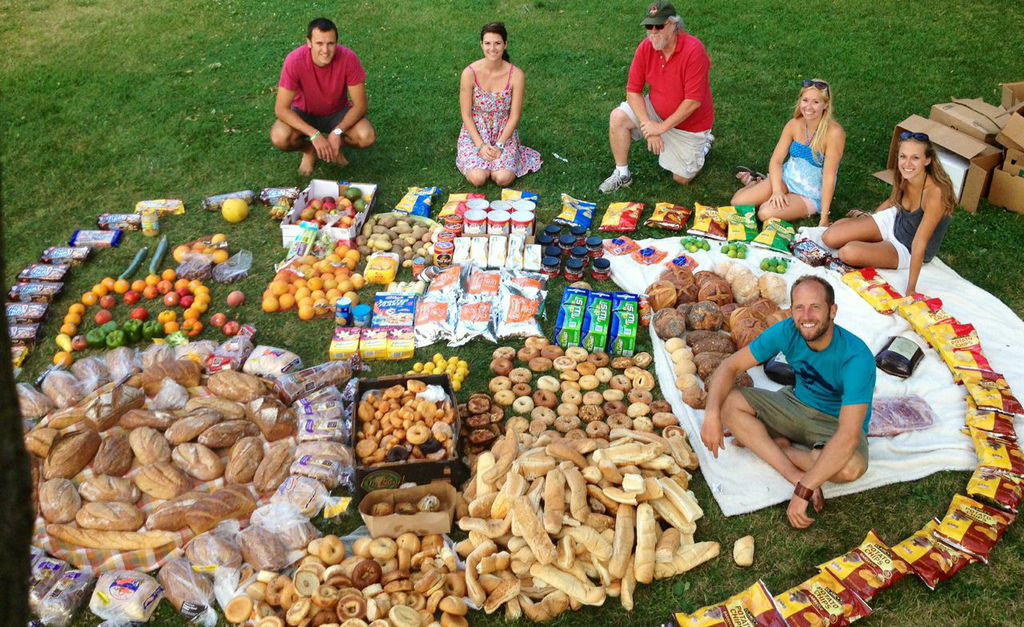 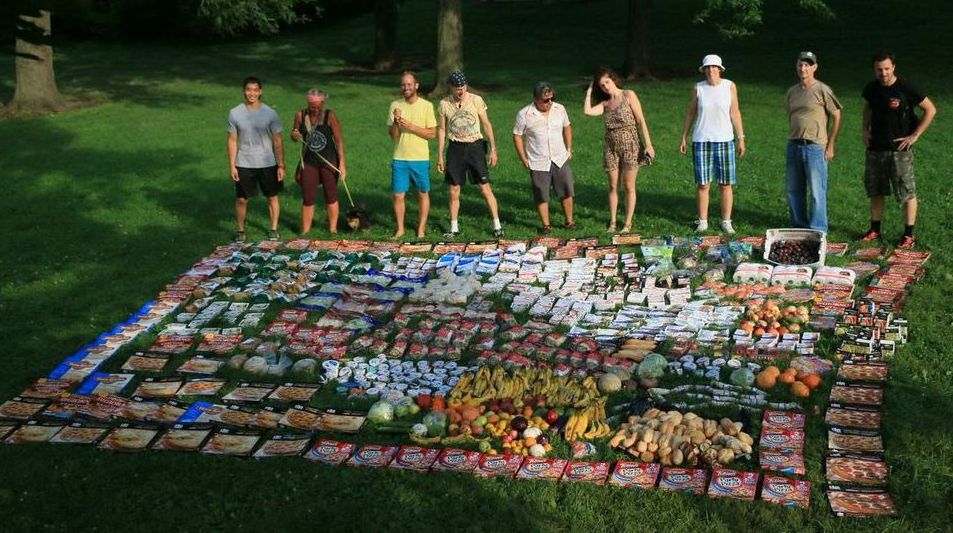 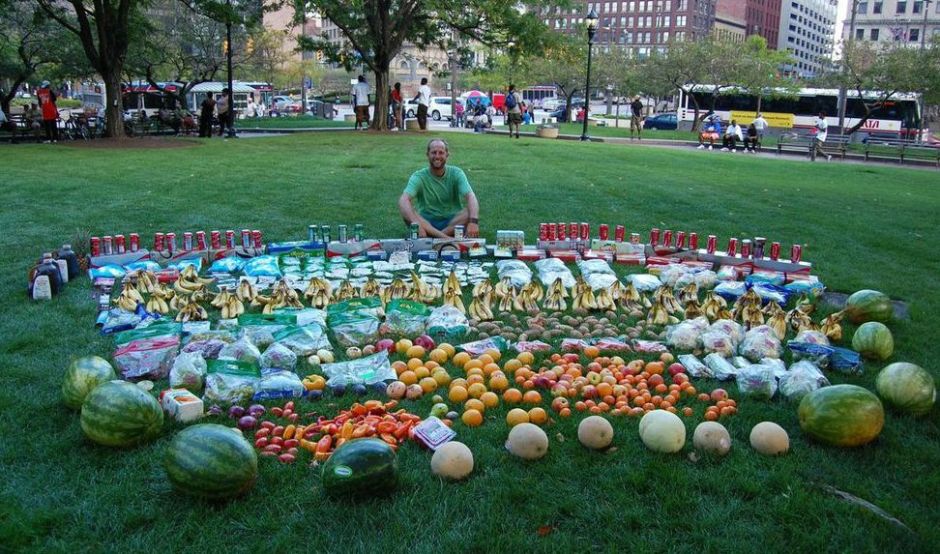 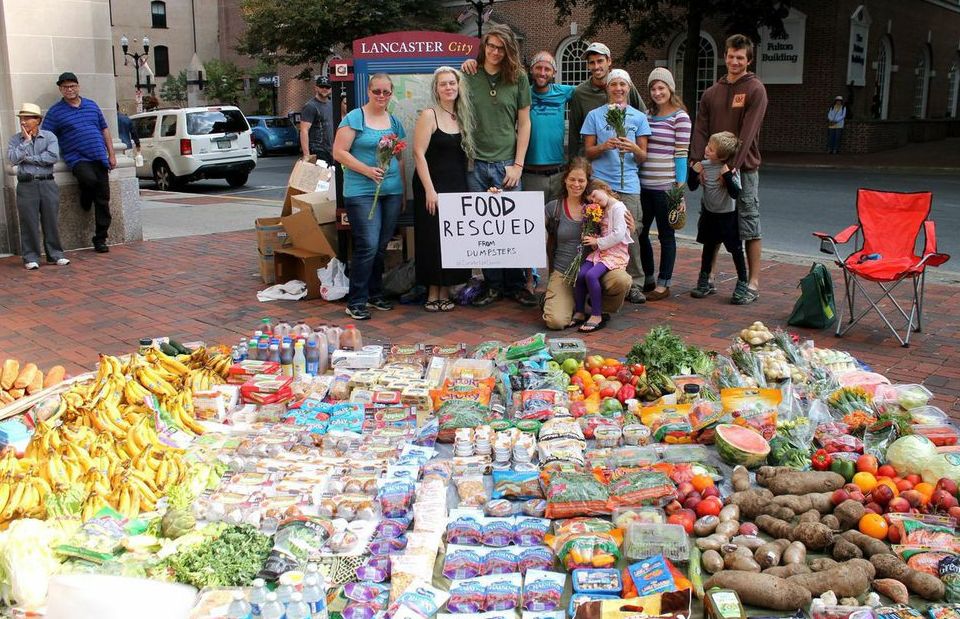 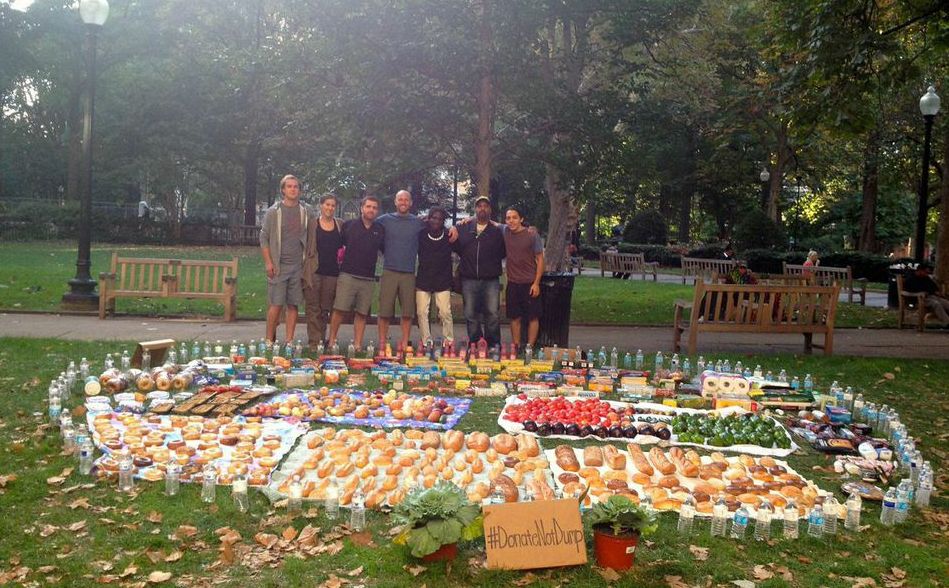 I had just a few days in each city to pull these fiascoes together, a feat that was frighteningly easy. In each place, I used social media to find volunteers with vehicles to drive to dumpsters with me since I couldn’t carry all of that food on my bicycle. None of the volunteers had dumpster diving experience and I was completely new to the dumpster scene in each city. To give you a sense of the undertaking, it took four hours of work with one car to pull together the haul in Philadelphia, four hours with two cars in Lancaster, and seven hours in Cleveland with one truck.

I’ve learned that I can roll up in nearly any city in the U.S. and collect enough food in one night to feed hundreds of people. While millions of children are too hungry to concentrate in school, perfectly safe food is filling dumpsters across the country. I’m not going to stand for that and I know you won’t either.

I am urging grocery stores to stop dumping excess food and to start donating it to non-profits that help people in need. Food donations are a win-win for grocery stores, which are protected from lawsuits by the Good Samaritan Food Act. Supermarkets and groceries get tax write offs, spend less on dumpster fees, and, most important, provide a critical service to their communities. Many stores do not donate because they fear liability, but a University of Arkansas study (PDF) found that there has never been a lawsuit against a grocery store that has donated food to a food rescue program.

That’s where you come in. Share this article with your local supermarket and tell them to #DonateNotDump. You can also talk to the store manager next time you’re buying groceries and let them know that food donations are important to their customers. It’s up to us to hold stores and the people who run them accountable to treat the environment and hungry Americans with the respect they deserve.

I believe that we are at a tipping point for ending food waste. With citizen action, we can solve this problem and make a dent in our nation’s struggle with hunger. It starts with all of us.

Rob Greenfield is an adventurer, environmental activist, and entrepreneur on a mission to inspire you to live with more happiness, health, and freedom. He is best known for riding a bamboo bike across America twice, a year without showering for water conservation awareness, and dumpster diving to bring attention to food waste and hunger. Rob is also an inspirational writer, world traveler, ambassador to 1% for the Planet, and founder of The Greenfield Group. Read more >