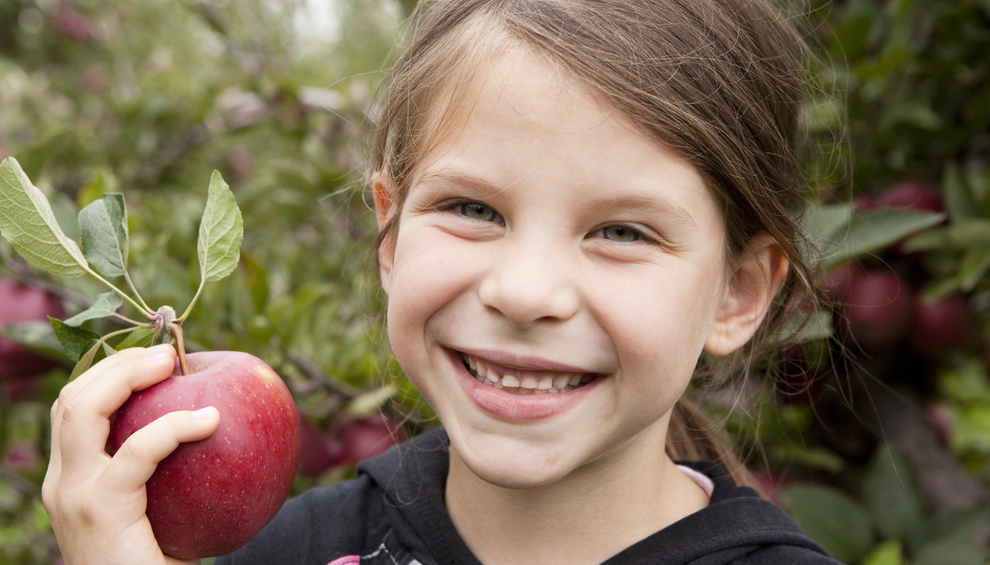 When Mark Abbott’s son was in fourth grade, his local elementary school recruited students and their families to participate in a fundraiser for the school. After successfully selling cookie dough and candy to friends and family, Abbott’s son remarked that he had just sold $400 worth of things the family would never eat at home. “It’s too bad we couldn’t try something healthy like apples,” said his son.

That suggestion resonated with Abbott, so he had an idea. Instead of candy and chips from national suppliers, why not make it possible for students to sell healthy food from local farmers, beekeepers, and food artisans? He started a pilot program in his hometown of Flint, Michigan. And the following year, in 2013, FarmRaiser ran 30 fundraising campaigns for schools in Michigan and Washington State.

Fundraising is a necessary evil for our nation’s schools. Budget cuts from federal and state sources have left most schools financially needy. In a 2007 survey conducted by the National Association of Elementary School Principals, 94 percent of principals–representing a wide range of school districts across the country–reported that they had held fundraisers.

Often run by parent volunteers, these fundraisers generate money to pay for everything from field trips, to playground equipment, school supplies, and new technology. Schools in both low-income and high-income areas report the need to fundraise. At least 35 states provided less funding per student for the 2013-14 school year than they did before the recession hit. Fourteen of these states have cut the amount they give for each student by more than 10 percent.

Fundraising is big business. Student salesmen generate $1.4 billion a year peddling packaged food, magazines, and gifts, according to the Association of Fund-Raising Distributors and Suppliers. But as schools are challenged to create a healthier environment for their students, parents and teachers alike question sending kids out into the community to hawk high-fat, high-salt cookie dough and candy bars. “I want to support the schools, but I don’t want to buy the stuff full of high fructose corn syrup and hydrogenated oils,” says Therese Povolo of Champion Hill Farm in Beulah, Michigan. She and her husband are beekeepers who have sold honey through FarmRaiser since last fall. The first school that used their products was only half a mile away from their home.

Fundraising is also one more way to fill students’ lives with candy and processed food. Children are especially vulnerable to big food marketing and having schools train them to be salespeople for high-calorie, low-nutrient foods seems counterintuitive. According to the Centers for Disease Control and Prevention, diet related illnesses such type 2 diabetes are on the rise. Their research shows that childhood obesity has doubled in children and quadrupled in adolescents in the past three decades.

Most of FarmRaiser’s vendors are within 30 miles of the school and if the school has a personal connection to a farm or food artisan, FarmRaiser will add them to their product list. “We love to sell products that directly connect back to the students at the school,” says says FarmRaiser’s campaign manager Christina Carson. For example Leelanau Montessori in Suttons Bay, Michigan, includes dried cherries in their fundraiser from Cherry Bay Orchards, one student’s family farm.

FarmRaiser vendors also use the campaigns as marketing tools. It provides a chance to reach new customers at a time of the year when farmers’ market crowds in Michigan are dwindling. “We have a big tourist market in the summer and when that falls off, it’s nice to get other people aware of our product,” says Povolo.

Carson says that FarmRaiser’s financial model is competitive with other types of food-based fundraising, which offer schools anywhere from 20-50 percent of the profit. In this case, the school ends up with a flat 45 percent of the amount sold, FarmRaiser takes a 10 percent fee, and the rest goes to local businesses.

FarmRaiser also helps schools raise money through a program they call The Community Basket. Here’s how it works: The school accepts cash donations in the name of a local food bank. The school keeps 50 percent and the rest of the money is used to buy local food for the food bank. Typically the students choose the charity and then have a chance to deliver the donation. “[It’s] a great way for people to share the bounty of the fundraiser with people who are in need,” says Carson.

“Eighty percent of households purchase something from a fundraiser every year,” says Carson. If they were selling, say, local apples instead of candy, she adds, “you’d have 80 percent of people purchasing local food.” The impact on the local farm economy could be huge.