All the News That's Fit to Eat: Obama Acts on Antibiotics, Cargill Sues Syngenta, and a Winery Shutters | Civil Eats

All the News That’s Fit to Eat: Obama Acts on Antibiotics, Cargill Sues Syngenta, and a Winery Shutters 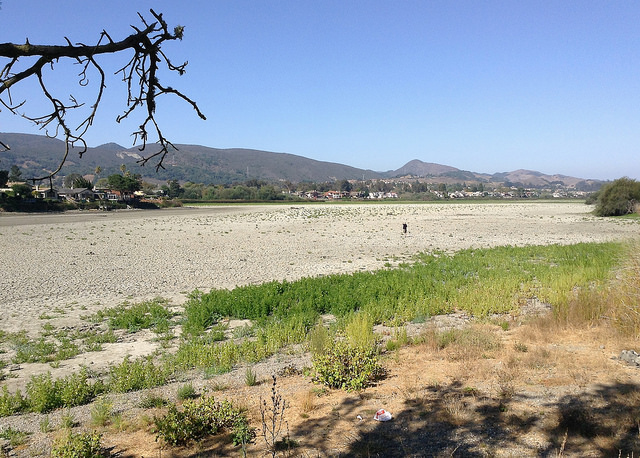 Check out some of the food news stories that grabbed our attention this week.

President Obama released a plan to combat the rise of antibiotic resistant bacteria, a problem the administration says poses a “serious threat to public health, national security, and the economy.” Highlights of the plan include a report that outlines goals and strategies to combat the issue, as well as an executive order that creates a task force and advisory council to put those strategies into action. While the effort undoubtedly sheds light on the crisis of antibiotic resistance, which costs the U.S. economy at least $20 billion a year, some critics argue that the plan doesn’t put enough pressure on one of the biggest culprits: animal agriculture. Livestock and poultry companies routinely feed unnecessary antibiotics to animals, both to fatten them for slaughter and to prevent disease, and this practice has dramatic implications for antibiotic use among humans. Rather than giving the U.S. Food and Drug Administration (FDA) the regulatory muscle to curb overuse of antibiotics, critics argue, the plan merely continues to advise companies to stop using antibiotics for growth promotion. Advocates point out that livestock and poultry producers can maintain current levels of antibiotic use simply by attributing use to “disease prevention.”

Much to the chagrin of anti-GMO advocates, the U.S. Department of Agriculture (USDA) gave the green light to corn and soybean seeds that have been engineered to resist the powerful herbicide 2,4-D. The approval comes amid farmers’ concerns about “superweeds” that no longer die when sprayed with chemicals. But Big Ag isn’t ready to rest easy just yet–the Environmental Protection Agency (EPA) still has to approve 2,4-D before farmers can use it to tackle stubborn weeds. Based on EPA’s past record on the potent herbicide, which it deems “safe” for the public and agricultural workers, the agency is likely to give 2,4-D a thumbs up. Environmental and public safety groups argue that the approval of the GMO seeds and their partner herbicide could have damning effects on ecosystems and communities across the country. Given that corn and soybeans are the two largest crops in the U.S., USDA estimates herbicide use could increase by a whopping 200 to 600 percent over the next five years.

Add more to the GMO news. Cargill, one of the biggest food trading companies in the world, is suing Swiss-based company Syngenta for selling its GMO corn seeds to U.S. farmers without getting approval from China to import the end products. The suit comes on the heels of another pending case that Trans Coastal Supply Co., a major exporter of livestock feed products, filed against Syngenta earlier this year. Trans Coastal said in court documents it expects to lose more than $41 million because Syngenta failed to clear Agrisure Viptera corn seeds with the Chinese government; Cargill puts their losses at around $90 million. China is one of the largest importers of grains from the U.S., but the country imposes strict regulations on imported crops and routinely rejects corn and other products that contain GMOs. The two lawsuits will raise a debate over who bears the responsibility in international trade disputes over GMOs–seed companies themselves or the manufacturers that rely on them.

California Governor Jerry Brown signed three bills that will regulate the use of groundwater statewide, an effort that many hope will stifle the effects of the state’s on-going drought. Never before has California passed legislation to manage its underground water reserves, but as surface water continues to disappear, lawmakers finally saw the need to get serious about protecting vital resources. Some argue that the measures impose too lax a time frame on implementing groundwater protections, though still celebrate the historic effort.

The Missouri secretary of state confirmed the passage of a so-called “right to farm” amendment by a razor-thin margin, following a recount of votes cast last month. Many see the amendment as a carte blanche for industrial agriculture to set up shop across the state, with minimal oversight or interference from regulatory and watchdog groups. Small farmers and advocates for animal safety and the environment fear they will have little recourse to fight against potentially harmful practices, as the amendment aims to buffer farm owners. Meanwhile, groups like the Missouri Farm Bureau praise the legislation for supposedly preserving the state’s “agricultural heritage.”

A small winery in central California has been forced to shutter after incurring $115,000 in fines for using volunteer labor. Westover Winery, which pulls in profits of just $11,000 a year, occasionally used volunteers to assist in all aspects of the business, from growing grapes to marketing wines–a practice the owners cite as relatively common among small operations like theirs. Westover claims they simply didn’t know they were in violation of the law, and several of the volunteers in question argued they were learning valuable skills in the wine business. Still, California prohibits the use of volunteer labor at any for-profit company, and the state fined Westover for failure to provide adequate wages and workers compensation to its de facto employees.

Did we miss anything? Let us know what food news you’ve been reading in the comments below.