Want to Send Healthy Food to Your Child's Daycare? You Might Need a Doctor's Note | Civil Eats

Want to Send Healthy Food to Your Child’s Daycare? You Might Need a Doctor’s Note 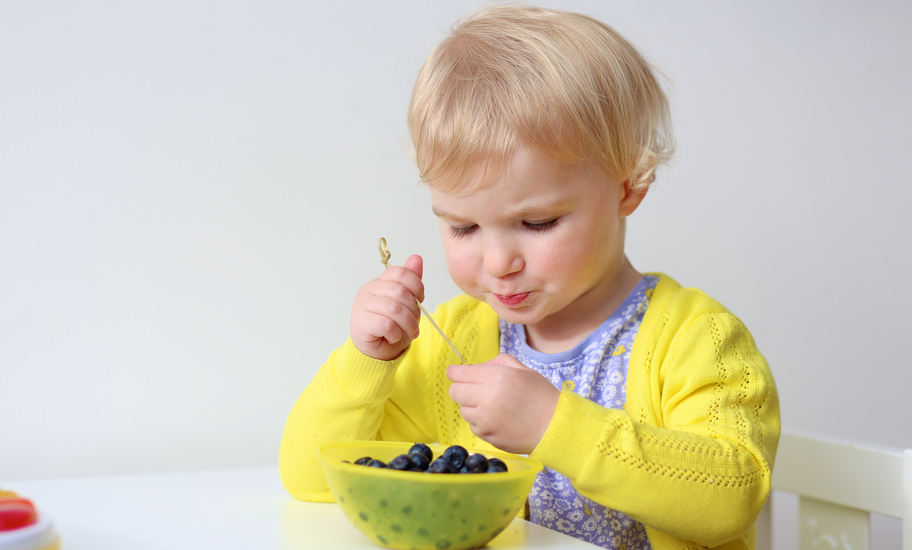 Imagine a daycare center serving your child doughnuts or Pop Tarts and then demanding proof of your child’s medical “disability” when you ask to send healthier food from home. As bizarre as that scenario may sound, it’s one that parents around the country may face if they send their children to daycare centers participating in the federal Child and Adult Food Care Program (CACFP).

The CACFP is similar to the federal school food program, providing funding for meals served in daycare centers, after-school programs, group homes, and similar facilities. Just as with school food, CACFP meals and snacks must meet nutritional standards established by the U.S. Department of Agriculture (USDA) in order for the government to reimburse providers on a per-meal-served basis. And while these meals are an important safety net for millions of economically disadvantaged kids, the USDA’s standards don’t necessarily require real, whole foods to be offered.

Faced with a relatively low reimbursement rate and seeking assurance that a given food meets federal requirements, both schools and daycare facilities have an incentive to choose packaged foods bearing a “CN label” (verifying that the food may be served in federal child nutrition programs) over fresh, whole foods that require potentially expensive kitchen labor and adequate facilities to prepare.

As Kellie Morrill, former director of a 100-child daycare center in Seattle, says, “That’s the flaw in the program. They give you money to buy food, but it’s in your best interest to buy the cheapest stuff you can find with a CACFP-approved label. I often would go to Costco and buy generic brands with the label, just to make my money last.”

Not all daycares operate this way. But for parents sending their children to those that do, opting out can be onerous at best, impossible at worst.

Take Susan*, a North Carolina mom who feeds her 15-month-old daughter well at home. Her CACFP-participating daycare center regularly serves highly processed junk food like Rice Krispies treats, Pop Tarts, and vanilla wafers.** When this mother asked the center if she could send in healthier options for her daughter’s snacks, she was told no, unless she could establish with a doctor’s note that her child has an actual medical disability or allergy that would prevent her from eating those foods.

“I’m just so frustrated,” says Susan. “I would never serve her those things at home, let alone eat them myself. But they said the only way around it is getting a doctor’s note.”

In actuality, the CACFP regulations don’t contain any provision requiring a doctor’s note. However, they don’t prohibit daycare centers from establishing such a policy either. When asked about the matter, a USDA spokesperson would only say, “any decision to enact such a policy would be at the state’s or local provider’s discretion.”

Why would a daycare center make it difficult for parent to opt out of CACFP meals? It’s all about the bottom line. If too many children bring food from home, a daycare operator will be hard pressed to keep the CACFP meal program afloat for the remaining families who want to participate. As Morrill puts it, “Allowing kids to bring lunch from home was not in my best interest as a business person. That federal funding was a big part of my budget and I knew what it cost me for food and for my cook and all my helpers, regardless of whether a child wanted to bring something from home. So if I’m using USDA money, then I have get the highest participation possible.”

State licensing may also require daycare operators to ensure that children in their care eat balanced meals drawn from all of the major food groups. Unless daycare centers prohibit food from home, under these licensing rules they’re required to evaluate a child’s home-packed lunches on a daily basis and supplement those lunches with any missing food categories. That practice, which can be burdensome, has also been the subject of several headline-grabbing (and often inaccurately reported) news stories about “federal agents” peering into kid’s lunch boxes, stories that have been seized upon by right wing pundits as examples of “nanny state” overreach.

There are also more subtle reasons why a daycare operator might want all children to eat the same meal. For one, individualized meals can be disruptive when caring for young children. As Amanda*, a former home daycare aide, says, “Just the whole idea that one kid gets to eat something different–and therefore does not take part in the rituals we tried to teach around waiting your turn, helping each other, taking only your share of a communal dish, using prescribed table manners–undermines vital lessons in cooperation.”

And even though Kellie Morrill understands firsthand why daycare centers adopt the doctor’s note policy, she has since become a strong proponent of healthful eating and says she’d do things differently today. For example, Morrill remembers standing in the way of parents who wanted their son to eat a “clean,” gluten- and dairy-free diet while in daycare, but now she would do her best to accommodate such requests.

“Now I would say, yes, we can do that, but I’d have to convince the state licensor to interpret the statutes in a different way,” she says. If that effort failed, Morrill says she would refer such families to a sympathetic pediatrician or naturopathic doctor to obtain a note.

In the short term, that latter option may be the only solution for parents like Susan, who want their children to avoid highly processed junk food. But on a systemic level, Morrill laments the lack of adequate funding to support serving fresher, whole foods to children in all of these facilities.

Now the director of a Seattle preschool, Morrill’s current meal program is a progressive one and therefore far more expensive to operate. “We serve real, good food and we just claim what we can [under the CACFP],” she says. “It’s what we call the ‘quality gap’ between what it costs to run a meal program the way you want to and what you actually get paid by the government.”

And it mirrors the national gap between the nation’s wealthiest and poorest eaters, a gap that has doubled in recent years. In the case of her school, the budget deficit created by serving children healthier food must be covered every year by third-party subsidies–through grants, foundations, and outside fundraising.

* Name changed at the interviewee’s request.

** Given recent (and controversial) nutritional improvements in school meals, one might assume there have been similar efforts to improve the CACFP’s nutritional standards. But a CACFP guidance document makes clear that items like Rice Krispies treats, Pop Tarts, and cookies are permissible daycare snack foods and that Pop Tarts (along with other “sweet grain” foods like coffee cakes, doughnuts, and sweet rolls) may also be served for breakfast, in both cases up to twice a week.