The Vermont Paradox: Youth Program Takes on Hunger and Chronic Disease in a Locavore State 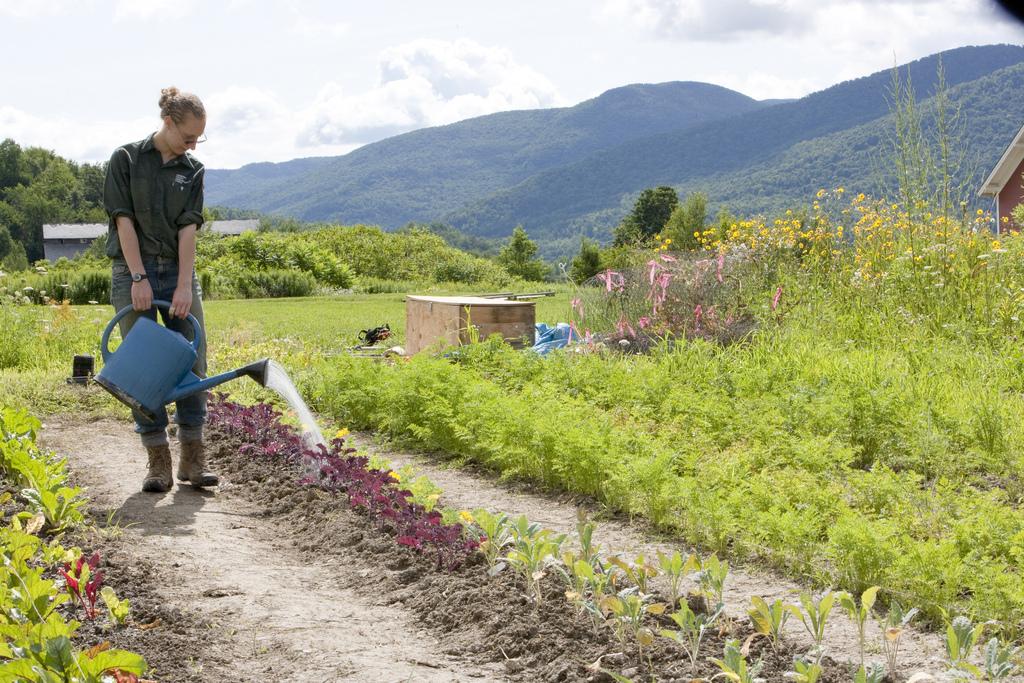 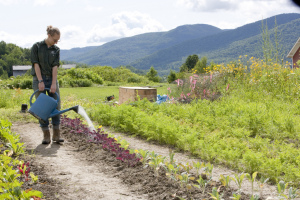 A visitor who swings by the Vermont Youth Conservation Corps (VYCC) on a Wednesday afternoon will see rows opened boxes lined up across the barn floor. Farm crew members between the ages of 15 and 18 are distributing the week’s harvest evenly between the boxes. Some sort tomatoes while others weigh and bag green beans over a small table. On the wall behind them is a whiteboard with a chart. Stephanie Bartlett, a 15-year-old with a chestnut brown ponytail, tallies 464 pounds of cucumbers and 448 pounds of squash.

But what might sounds like an ordinary community-supported agriculture or CSA farm, is nothing of the sort. In fact, all this fresh produce will be delivered—free of charge—to low income Vermonters through a unique partnership with area hospitals. Building on the CSA model, the farm at VYCC offers weekly “health care shares” during the growing season to patients who have been selected by their doctors. 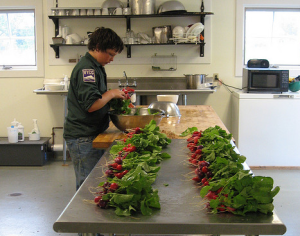 In 2013, the farm delivered over 50,000 pounds of fruit and vegetables to Vermonters who would otherwise have little or no access to fresh local produce. Many of them suffer from hypertension, chronic heart disease, or type 2 diabetes. VYCC also provides meaningful full time employment to youth who have been labeled “at-risk” and may not otherwise be able to find work.

The VYCC is new to farming. Known for its conservation projects in state parks and natural areas, the 20-year-old nonprofit organization planted its first seeds in 2008, soon after it moved into its headquarters in a large landmark barn in the agricultural region of Richmond, Vermont. After operating a traditional CSA farm for a year, the VYCC initiated the Health Care Share program in 2012, in partnership with an area medical center. By the time the program began, food insecurity in Vermont had reached unprecedented levels. The state has a vibrant small farm culture and ranks number one for its commitment to local food, but it has also ranks ninth in food insecurity, making it one of the hungriest states in the union. Call it the Vermont Paradox.

“Poor nutrition is an enormous problem, “ says Barbara Bendrix, Community Resources coordinator at the Plainfield Family Health Center, which has participated in the program since 2012. “It’s much bigger than people are willing to acknowledge. The lack of access to fresh, nutritious foods—that and the fact that people don’t cook—amounts to one of the biggest social problems that we face.”

Every week, Health Care Share members receive 12 pounds of seasonal produce; the occasional pasture-raised chicken; pantry staples donated by the local Food Bank; and a newsletter with stories about the farm, nutritional information, and recipes. The VYCC also o 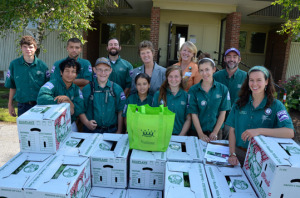 ffers cooking classes to participants as well as to its farm crews.

“It’s not easy to use a CSA if you’re not educated about what to do with things like leeks and daikon radishes,” says Dr. Alicia Jacobs, a physician at Colchester Family Medicine, who “prescribes” the CSA to her patients. “The educational component is essential.”

At pickup sites where participants come for their weekly shares, volunteers offer cooking demonstrations and hand out recipes as well as cooking tools, like salad spinners and meat thermometers. “It’s a social event,” says Jacobs. “The people who participate feel it’s meaningful on a very deep level. They are being cared for in a very different way than what they’re used to from the healthcare system.”

Hard data on the results of the program—like changes in participants’ body weight and blood pressure—is not yet in, but Jacobs says the response from patients has been positive.

“Admittedly it’s a biased group. Those who are not willing to cook or who don’t want to eat vegetables quickly drop out of the program. But for those who stay in, it’s had a huge impact on their eating habits and their wellness,” she says. Out of 25 patients who participated in the first year pilot, Jacobs says, five called it “life changing.”

The Health Care Share program has doubled since it began in 2012 and the farm at VYCC has just about reached its capacity. “There is still an enormous need,” says Bendrix. “The health center fills up quickly with families who want to participate.”

The Conservation Corp has also received a number of calls from healthcare centers that want to sign up. Although one farm can only scratch the surface of what is needed, Paul Feenan, the director of the program, is hoping it will serve as a model that other hospitals and farm communities can build on.

It is also a model for building local food economies. The Health Care Share program suggests one approach to bypassing the entrenched federal farm policies, which prioritize commodity crops, like corn and soybeans—by subsidizing healthful food through grassroots participation.

“The model may not be perfect,” says Jacobs. “But so far we feel that it’s working. It’s an inspired program that a lot of people feel really good about.”

Back in the barn where the team is packing boxes, Feenan pops inside for a moment and looks at the chart.

“Nine hundred divided by 220—is what?” he asks the group. “Four pounds of squash per share. Is that overwhelming?” he prods. “What do you think?”

Once all the boxes are filled, the lids must be closed and all 220 boxes must be carried and stacked inside the cooler. It is precisely five o’ clock–the end of the workday for the crew but not the crew leaders, who will work until nightfall–when the last few boxes are sealed and put away.

“I keep in mind the meaning behind the project,” says Stephanie Bartlett, after she’s helped to load the last box into the cooler. “To help food insecure people. That’s what keeps me going on these busy days.”

All photos courtesy of the Vermont Youth Conservation Corps.

Alexis Lathem's writing has been published in a variety of national and regional periodicals, including Vermont Times, Vermont Guardian, Burlington Free Press, Orion Afield, Canadian Dimension, Wild Earth, and Earth Island Journal. She has also worked for Rural Vermont, a small farm advocacy group, and is the former editor of Farm Policy Network News. She teaches writing at the Community College of Vermont, and lives on a small farm. Read more >