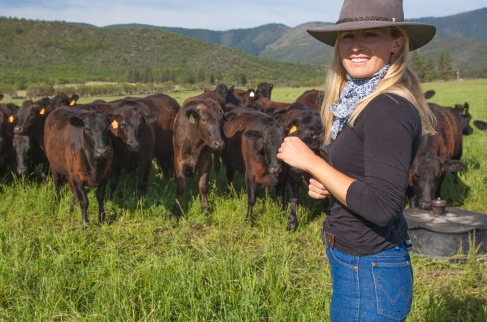 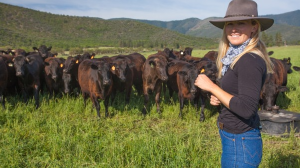 In 2007, Greg Roden and Brian Greene met in Buenos Aires, Argentina at a poker game and batted around the idea of a new type of food television show. Seven years later, that idea is coming to life as a 13-episode series examining our food system called Food Forward, premiering on PBS stations across the country and streaming on PBS.org beginning this week.

Food Forward’s journey from a card table in South America to TV screens in the United States was an arduous one, says Roden, one of three creators of the program, along with Greene and food journalist Stett Holbrook. In late 2008, the three brainstormed over barbecue in Palo, Alto, California. The creators then spent most of 2009 figuring out what they wanted the show to be—and how it might stand out amidst the glut of celebrity-chef shows and cooking competitions. “We really tried to bring as much fresh, new creativity to the project as we could and tried to take the food genre and turn it upside down,” Roden says.

In October 2011, with early financial support from Organic Valley and Stonyfield, they shot a pilot episode about urban agriculture. Northern California public-media station KQED aired the pilot in April 2012, garnering Food Forward positive press and a James Beard Award nomination. The strength of the pilot and its accolades attracted more sponsors to the project, including Annie’s, Applegate, Lundberg Family Farms, and Clif Bar. Chipotle got on board the following January as a presenting sponsor, which allowed the crew to shoot the first season over 84 days, starting in May 2013.

Roden, Holbrook, and Greene successfully pitched the series to PBS for distribution—no small feat for a team that had never produced a TV series before, but had raised every penny of financial support by themselves. But that independence, now bolstered by PBS’ level of journalistic credibility and audience reach, has allowed the Food Forward team to make precisely the show they wanted to make—and the one they want viewers to watch.

Food Forward takes a thematic look at our food system, with each episode focusing on a particular ingredient or component of that system. A problem—say, overfishing, as presented in episode 1 as “Go Fish”—is set up briefly in an animated sequence at the beginning of the show. The rest of the episode delves into solutions through stories of growers and advocates who are making a difference. Episode 1 profiles community-supported fisheries in New England and the sustainable pole-and-line company American Tuna, among others, for example. Later episodes explore meat, milk, water, seeds, soil, school lunches, among other topics.

The stories of real farmers and other food leaders are what Roden calls the “heart” of Food Forward and he and the team scoured the country to find people who, aside from their own communities, may mostly be unknown to the public at large. “Michael Pollan is in one episode and Dan Barber is in another one, so we have a few ‘celebrities,’” Holbrook says. “But this very much is about people on the ground, doing the work you’ve never heard of.”

And the tone of the series was important, as well. The creators consciously steered clear of the doom-and-gloom approach of a standard food documentary. “While we talk about the problems, we really want to spend time talking to people who are working on solutions. There’s a real positive and upbeat element to the show,” says Holbrook.

The show’s producers devised what Roden calls an “80/20 rule,” in which 20 percent of the show would focus on a problem in our food system and the remaining 80 percent would focus on the solutions, as examined through the stories of American food producers. The Food Forward creators have dubbed them “food rebels.”

“In my mind, they’re rebelling against a giant system,” Holbrook says. “These people are trying to create a different reality, food system, business model, whatever you want to call it. These are outsiders. That’s why we don’t hear from them very much—they don’t fit into the industrial food model. They want to take it down or fix it or create a parallel.”

One of these “rebels” is Matthew Dillon, director of Seed Matters, who is featured in episode 3, “Seeds of Change.” An initiative of the Clif Bar Family Foundation, Seed Matters works to protect and improve organic seeds. “Food Forward is an important show for people who want to go beyond the farm-to-table movement, and learn about the edge of innovation in food and farming,” Dillon wrote in a recent e-mail. “My hope is that it ‘puts a face’ on seeds for viewers and helps get them to start thinking about the seed-farm-table connection when they’re at farmers’ markets and at the dinner table.”

Episode 5, “Modern Milk,” features Mark McAfee, founder and CEO of Organic Pastures Dairy in Fresno, California. “As a raw-milk producer, I am always searching for ways to educate, reach out, and touch our consumers,” he wrote in an e-mail. “The American dairy industry is in deep change right now, and [Food Forward] has bravely endeavored to start to tell this story of paradigm shift.”

Holbrook says he recognizes that a television show has to first entertain its audience, but he’s hopeful that Food Forward will educate and inspire people, regardless of their level of understanding of food issues.

“If you’re a dedicated foodie and food advocate, I think there’s something for you,” Holbrook says. “If you’ve heard a little bit about problems with our food system and sometimes buy organic, I think there’s something here for you, too. I hope there’s also something for those folks who have no idea. Ultimately, those are the people we want to watch [the show]. We could open their eyes to another way of doing things.”

Here’s episode 1 of the first season: