The Mother Orchard Project: A Gold Rush of Heirloom Fruit 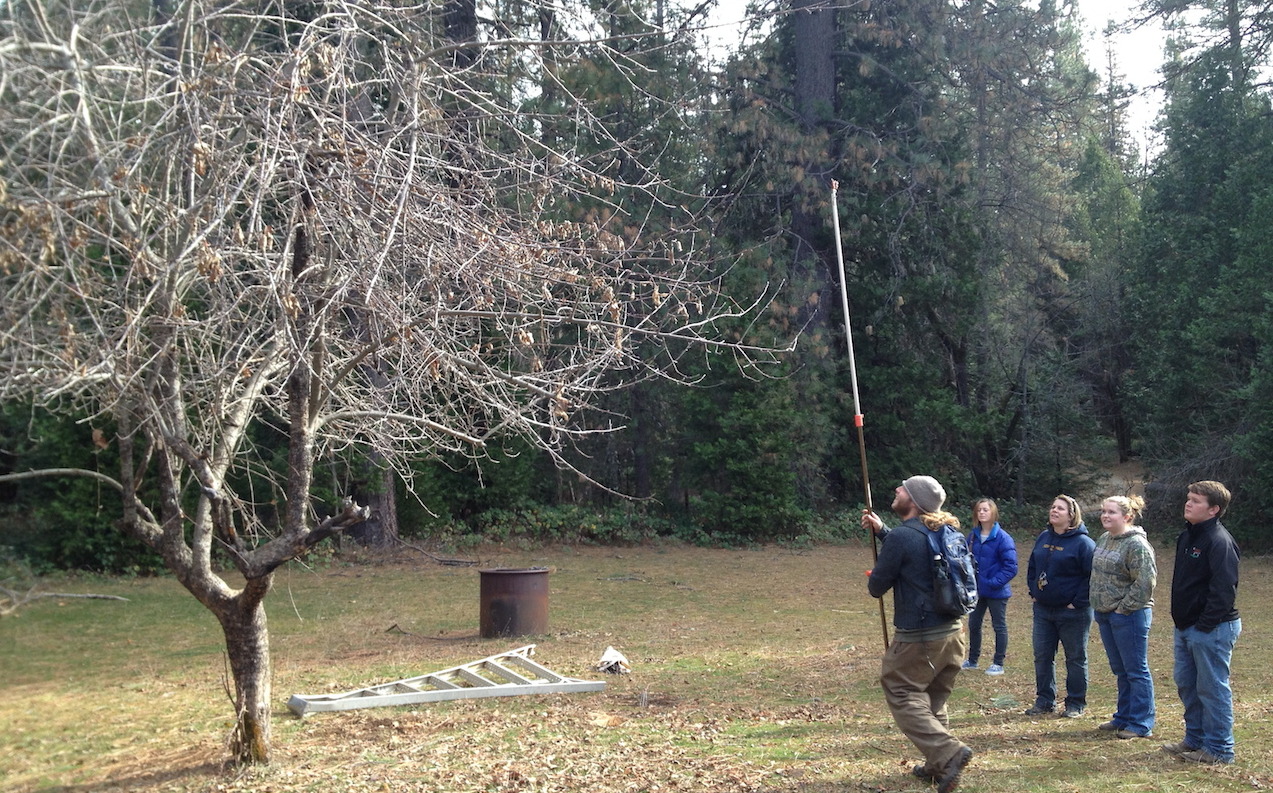 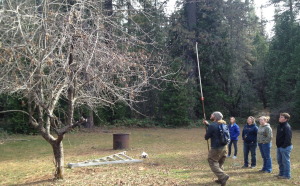 In the summer of 1970, a group of friends followed an old stagecoach road into the woods of California’s Gold Country. They were hunting for mining relics and pioneer oddities hidden in the forest, but what they found was even more rare: antique fruit trees.

There, perched 5,000 feet in the Sierras, was a thriving fruit orchard, branches heavy with rare varieties of apples, plums, cherries, and pears. Without pruning or pesticides, the trees had been alive since the Gold Rush—a far cry from the commercial fruit trees of today, which last fewer than 35 years.

“That day started the odyssey I’ve been on ever since,” says “Amigo” Bob Cantisano, a patriarch of the West Coast sustainable agriculture movement and orchardist. In his tie-dyed shirts and wide-brimmed hats, Cantisano is best known for founding the cultishly popular Ecological Farming Conference (Eco Farm) and California Certified Organic Farmers (CCOF), one of the nation’s most influential organic certifying agencies.

In the 44 years since he and his friends came across that first orchard, Cantisano has continued his backwoods tree hunting or “arboreal archeology,” as he calls it. And now he is on a crusade to protect California’s Gold Rush-era fruit and nut trees in a living seed bank he’s named The Mother Orchard. 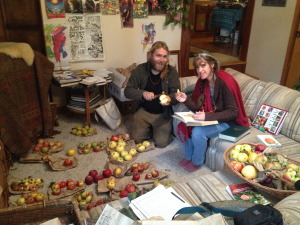 Cantisano has discovered more than 3,000 other heirloom trees dating back to California’s mining past in the Nevada City area. Some are tucked into the forest; others sit humbly in front yards. And all of them, Cantisano says, hold genetic resistance to pests and drought that could revolutionize modern agriculture.

“Farmers puts a tremendous amount of energy into plants these days. Even organic farmers use sprays and fertilizers. But these heirloom trees have learned to live with what nature gives them,” says Cantisano. “Everyone is talking about the drought in California, but some of these older varieties have the best crop I’ve ever seen on them.”

Cantisano remembers a stand of heirloom apple trees that had been infested with coddling moth larvae–the bane of American apple farmers. But just a few feet away, “were apple trees that didn’t have a single moth on them. They were naturally repelling the insect,” he says.

Yet if those trees die without reproducing, that specialized DNA will be lost. “We can’t depend on them lasting another 50 years,” says Cantisano, who has already seen some trees die before they could be propagated. To prepare the Mother Orchard, he and a small team of volunteers are taking cuttings in earnest from so-called “grandmother” trees to replant in a 1-acre plot at Heaven and Earth Farm on the San Juan Ridge outside of Nevada City. They plan to grow 250 different kinds of fruits, nuts, and vines–including the rare American chestnut, which was famously wiped out by a fungal virus on the East Coast.

Starting next summer, visitors should be able to try the bounty for themselves. But perhaps most importantly, the Orchard will supply farmers and nurseryman with “granddaughter” cuttings that, fingers-crossed, could carry the same hardy characteristics of their forbears.

It’s unclear whether those traits will hold true if the trees are propagated in a commercial environment, such as an orchard in the state’s Central Valley. But it might also be possible to cross-breed these ancient heirlooms with newer varieties in order to capture the best of both. “We won’t know until we try,” says Cantisano. 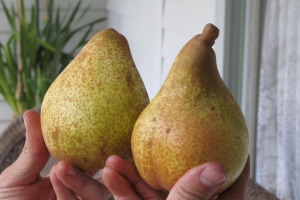 A few farmers have already contacted him to plant test plots. If their experiments do well, the benefits would be both radical and an ironic repeat of California farming history. Ninety percent of the trees that will be planted in the Mother Orchard come from seeds originally brought to the state by the 19th Century nurseryman, Felix Gillet.

Arriving in Nevada City from his native France, Gillet sourced perennials from around the world, and bred imported varietals to better suit west coast conditions. According to Cantisano, all of California’s major perennial industries—almonds, wine and table grapes, strawberries, raspberries, prunes—date back to Gillet plantings.

“Maybe one in a 1,000 people in Nevada City knows who Gillet was. His written legacy faded away, but now we’re dealing with his living legacy,” says Cantisano, who started the non-profit Felix Gillet Institute 15 years ago to identify and perpetuate edible heirloom species. The Institute, which mostly relies on volunteers, will manage the Mother Orchard.

Gillet’s first customers were homesteaders and miners. They needed fruit that wouldn’t go to mush in their pre-refrigeration root cellars. And they expected that whatever they grew would not just be good for off-the-branch eating, but also for jamming, drying, pressing, and baking. Heirloom varieties can be motley, but what they lack in size or color, Cantisano claims they make up for in taste and utility. Artisanal foodmakers know that heirlooms also offer the extra reward of marketing cache. Compare that to today’s supermarket produce, which is so often chosen for its appearance and portability, not flavor.

“Modern day farming has gone the way of the big and beautiful,” says Cantisano. But the more consumers demand heirloom crops, the more likely farmers will be to take on new (or rather, old) varieties.

“Everyone likes heirloom tomatoes now, but in 1970, when I was trying to sell my great aunt’s heirloom tomatoes, no one would buy them. All they wanted were red slicers. Now people like the weird looking ones,” says Cantisano. “Someday, I think you’ll hear people say, ‘I love heirloom peaches and heirloom walnuts.’ ”

But Cantisano’s dreams will only come to fruition if the Orchard can reach beyond niche status and at present it is the sole project of its kind in California. There are several federally funded government seed repositories across the country, but they’re beleaguered by budget-slashing and employee-downsizing, says Cantisano. 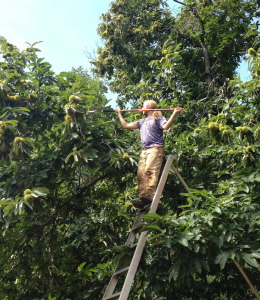 “We can’t rely on the government to do this for us. We need more citizen activists to help save these trees,” says Cantisano—and not just in California, but across the nation. Heirloom plants exist in every part of the country. The trees need to be identified (peach sample, anyone?), propagated, and tended, but Cantisano is quick to alleviate any fears of dull manual labor.

“This works is incredibly fun,” he says. “It’s a history and a botany lesson and you get to eat great fruit and hear people’s stories about their grandparents who planted the trees. It’s not drudgery. It’s enlightening.”

You can find more information about the Mother Orchard and edible heirloom plants at the Felix Gillet Institute website.

Photos, from the top: Adam Nuber, head of nursery production for the orchard teaches scion collection. Nuber and orchard co-founder, Jenifer Bliss, identify newly found apple varieties, the Beurre Clairgeau Pear, Nuber collecting a chestnut scion from an old tree to graft onto a new one.