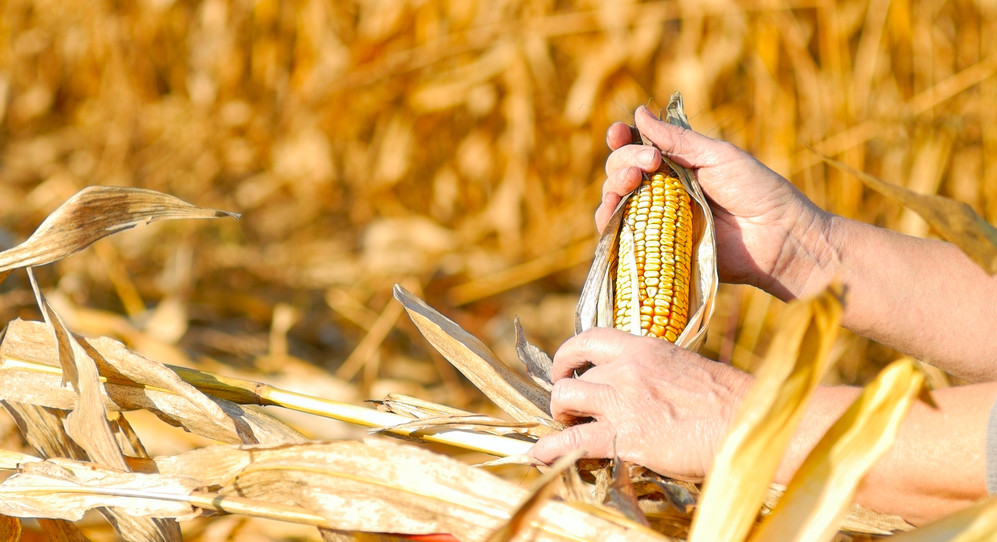 For nearly 15 years, Frank Kutka has been working to save prevent genetically modified (GMO) corn from cross-pollinating with organic and other corn varieties. Kutka, a plant breeder, has been developing what he calls “Organic Ready” corn varieties that have the ability to prevent cross-pollination.

“We need corn that organic farmers can grow without fear of GMO contamination,” says Kutka, who is in the fourth year of a five-year breeding project funded by the Organic Farming Research Foundation.

Kutka faces a huge challenge. Each year US farmers plant GMO corn on millions of acres; 93 percent of this year’s corn crop is GMO. Corn cross-pollinates with other corn plants. Each plant produces millions of pollen grains that are carried by the wind to other corn plants where they pollinate the plant’s silks and produce kernels. The problem is that GMO corn can pass its modified genes or “transgenes” on during cross-pollination.

Kutka’s research focuses on naturally occurring traits found in popcorns and the ancient grain teosinte that make it difficult for GMO pollen to enter the corn silks, thus preventing cross-pollination. The trait is known as gametophytic incompatibility or Ga1S, and is not a new discovery, according to Kutka.

“The trait has been known and used for decades. It was first used in popcorn in the 1950s and then in white corn varieties in the 1970s. It’s not a perfect system, but it greatly reduces the risk of out-crossing,” he says.

Kutka is also working with another pollen block trait—Ga2S, which is found in teosinte, an ancestor of maize.

While this project began in 2011, Kutka has been working on pollen blocking traits since 2001 when he was a graduate student at Cornell University. Kutka calls the new corn varieties “Organic Ready” as a play on Monsanto’s “Roundup Ready” GMO crops.

The Challenge of Cross-Pollination

GMOs are prohibited in organic production under the USDA National Organic Program, but there are no regulations in place to protect farmers against accidental contamination from the pollen of GM corn. Organic and non-GMO farmers have suffered economic losses when their corn tested positive for GMOs and was rejected by grain buyers. A recent survey of organic farmers from 17 states, predominantly in the Midwest, shows 67 percent planned to delay planting corn this year so their crops would pollinate later than their neighbors’ GM corn, at an average cost of $16,000. The problem is also impacting heirloom seed companies; Missouri-based Baker Creek Heirloom Seeds has lost one-half of its heirloom varieties to GMO contamination.

That’s why Kutka feels a sense of urgency to his work. He hopes to release some seed varieties of open pollinated Organic Ready in 2015.

“I’m working on developing varieties that hopefully will work in a lot of different locations in the U.S.,” he says.

Kutka is working with another corn breeder, Dave Christensen, to breed the pollen-blocking trait into a Painted Mountain Corn variety that grows in the harsh dry mountainous regions of the West. Another corn breeder, Major Goodman at North Carolina State University, is developing pollen-blocking organic corn varieties for Southern growing regions.

Another challenge for Kutka is that he is doing the breeding work part-time. He also works a “day job,” as a coordinator for the Northern Plains Sustainable Agriculture Society Farm Breeding Club.

Time is of the Essence

Tests on PuraMaize corn harvested in 2012 and 2013 found that it was effective in reducing cross-pollination and contamination from GM corn. Samples from both years’ harvest tested negative for GMOs “at the operational limit of 0.05 percent.”

PuraMaize is a patented trait that Blue River licensed from Nebraska-based Hogemeyer Hybrids, which was later purchased by Pioneer Hi-Bred. Kutka and other corn breeders such as Margaret Smith at Cornell University and Major Goodman have opposed the patent, saying the Ga1S trait has been used for decades.

Kutka wants other corn breeders and farmers to have ready access to his Organic Ready corn. Seeds will be released to the public along with short publications in the Maize Genetics Cooperation Newsletter in order to prevent their being patented. “These seed releases are to encourage others to work with this trait and for organic farmers to grow as they wish,” he says.

Breeding pollen-blocking traits into corn is a process that takes time, and Kutka understands that time is of the essence.

“There is a lot of work on the breeder’s side, but I really see this as the way we have to go,” he says. “I want to see corn remain a profitable part of organic farming.”

A version of this post appeared in the Organic and Non-GMO Report.

Become a member
Become a member
A version of this post appeared on The Organic & Non-GMO Report. – See more at: https://civileats.com/2014/07/10/from-developing-gmos-to-breeding-organic-seeds-a-scientist-makes-the-switch/#sthash.snxy2BMa.dpuf

A version of this post appeared on The Organic & Non-GMO Report. – See more at: https://civileats.com/2014/07/10/from-developing-gmos-to-breeding-organic-seeds-a-scientist-makes-the-switch/#sthash.snxy2BMa.dpuf