All The News That’s Fit to Eat: Jamie Oliver, GMO Labeling in Colorado, and Latino Farmers 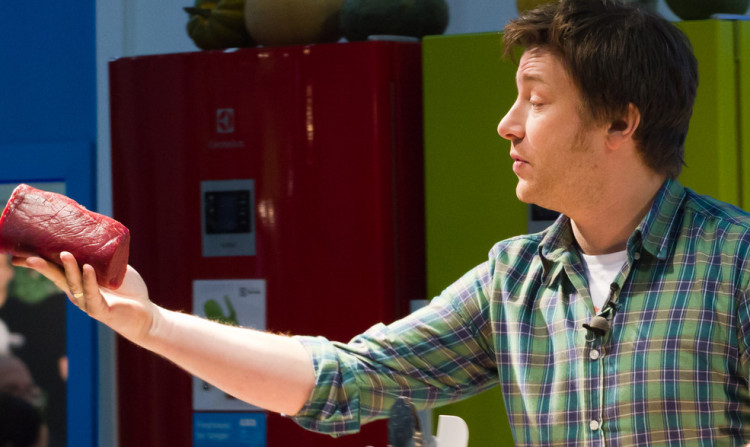 It might be the end of Summer, but the food news doesn’t go fishing. Here’s what we read this week that caught our eye.

Celebrity chef Jamie Oliver is publicly opposing the Transatlantic Trade and Investment Partnership (TTIP) in a new campaign. Oliver points to the fact that the agreement would open the doors to sales of foods containing ingredients that are banned in the EU, such as arsenic in chicken feed, ractopamine–a common drug used to make pigs grow faster in the U.S.—and the milk-producing hormone rBST. “We don’t have hormones in our meat, that’s banned. But not over there. We don’t have hundreds of poisons and pesticides that have been proven to be carcinogenic. They do. Their laws, their set-up, their safety regulations are nowhere near ours,” he told the UK’s Daily Mail.

2. Nestlé Moves Toward Humane Treatment of Animals at Its Suppliers (New York Times)

In a move the Times is calling “one of the broadest-reaching commitments to improving the quality of life for animals in the food system,” Nestlé announced that by 2015 it would put new animal welfare standards in place. The company, the world’s largest food corporation, says it “will not buy products derived from pigs raised in gestation stalls, chickens in barren battery cages, cattle that have been dehorned or had their tails docked without anesthesia and animals whose health has been damaged by drugs that promote growth.”

As we mentioned a few weeks ago, a Right-to-Farm amendment passed by a very narrow margin in Missouri early this month (and will likely be up for a recount). The bill was based on a model legislation created by American Legislative Exchange Council (ALEC)–a powerful lobbying group made up of some of the world’s most wealthy businesses and individuals, including the Koch Brothers. Thanks to a memo, recently released by Common Cause, it has become clear that the so-called “right to farm” is just one small part of ALEC’s grand plan to create a lock-tight barrier between industrial agriculture and any potential regulation. They plan to “remove barriers for agricultural production, trade, and consumption” and, essentially paint critics of confined livestock production as extremists.

Colorado’s secretary of state’s office announced Wednesday that a GMO labeling bill will be on the ballot in the state this November. How long will it be before money starts to pour into the state to fund an opposing campaign–much like it did in Washington state last year ($20 million) and California in 2012 ($45 million)? We’re guessing it already has. Stay tuned.

More Latinos in the U.S. now own their own farms. According to the latest census date from the U.S. Department of Agriculture (USDA), the number of farms run by Hispanics increased by 21 percent from 2007 to 2012. The change comes in part thanks to organizations like the Agriculture and Land-Based Training Association (ALBA), which helps farmworkers make the transition to owning their own farms. Much of the growth has been concentrated in small and midsize farms and a number of them are also turning to organic certification to increase revenue.

After three employees of the Northern California Rancho Meat processing facility were indicted on criminal charges for processing sick animals, a host of small, pasture-based farmers have had to surrender thousands of pounds of frozen meat that was recalled earlier this year. Bill Niman of BN Ranch (and founder of the eponymous Niman Ranch) will lose meat from 427 cows, valued at around around $400,000. And, as the Santa Rosa Press Democrat reports, a decision by USDA to cut the number of food safety inspectors is coming under new scrutiny in light of the Rancho recalls. Some critics note that the lack of inspectors still doesn’t explain how the USDA failed to track 101 condemned cattle whose carcasses were supposed to have gone to a rendering plant, nor does it clear up how 79 cows with eye cancer were able to get through the system.

Share your news with us in the comments below.