Pregnant? Here’s Why That Tuna Sandwich Might Be a Bad Choice 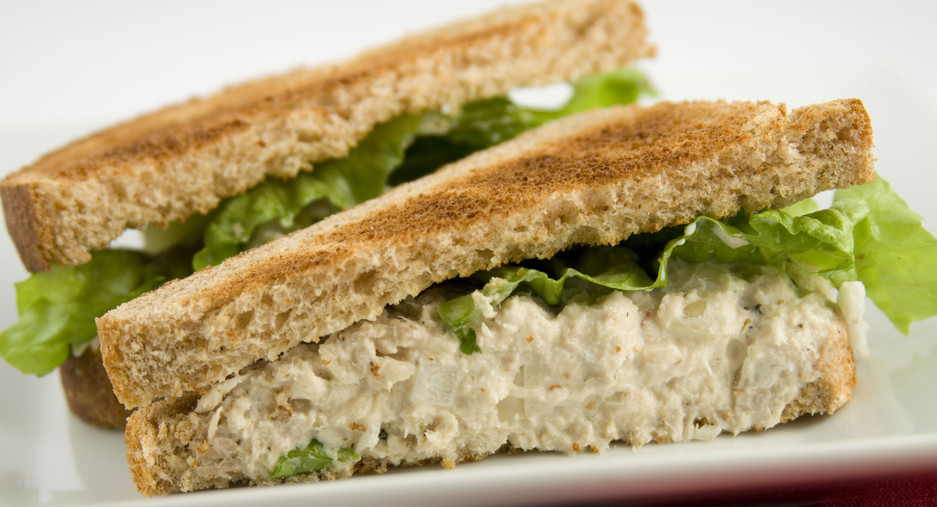 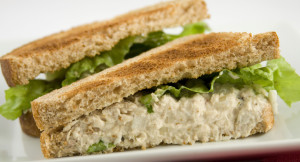 In June, the Food and Drug Administration (FDA) proposed new dietary guidelines for fish consumption. They’re very similar to the 2004 guidelines, with a few notable changes for pregnant women. The FDA kept its recommended limit of 12 ounces of fish per week for these women–but also established, for the first time, a minimum recommendation of eight ounces, saying pregnant and breastfeeding women should “eat more fish that is lower in mercury in order to gain important developmental and health benefits.”

While the FDA warns against the four types of fish with the highest mercury levels–swordfish, shark, king mackerel, and Gulf of Mexico tilefish (with marlin and orange roughy under consideration to be added to that list)–it issues no such caution for tuna.

According to a report in the October 2014 issue of Consumer Reports, however, high tuna consumption may do more harm than good. Using FDA data, the group found that mercury levels in canned tuna can be quite high: “Up around .8 or .9 parts per million, which is close to the Do Not Eat list,” says Jean Halloran, director of food policy initiatives at Consumers Union, the advocacy arm of Consumer Reports.

For the general population, the risk from tuna is relatively low–because the body processes and excretes mercury over time, if it’s not ingested continuously at high levels. The issue for pregnant women, explains Halloran, is the potential for “spikes” in mercury consumption because there’s no way to tell which cans are higher or lower in mercury. There’s also no way to know when you’ve reached the upper limit of safe.

“We recommend that for women who are actually pregnant, that they not eat any tuna for the duration of the pregnancy,” says Halloran. “Because you just never know when you’re going to get one of these high-mercury cans.”

And while one spike of mercury isn’t deadly for a fetus, it poses the risk of “subtle effects on neurological development,” she adds.

While Consumer Reports agrees with most of the other recommendations FDA has proposed, the group has some sharp criticism of the agency’s decision to remove an easy-to-understand chart illustrating the mercury content of various fish and replace it with an alphabetical list of fish that omits the quantity of mercury contained in each fish. Consumer Reports sent a letter to Michael Taylor, FDA’s Deputy Commissioner for Foods, urging the agency to immediately re-post the chart. 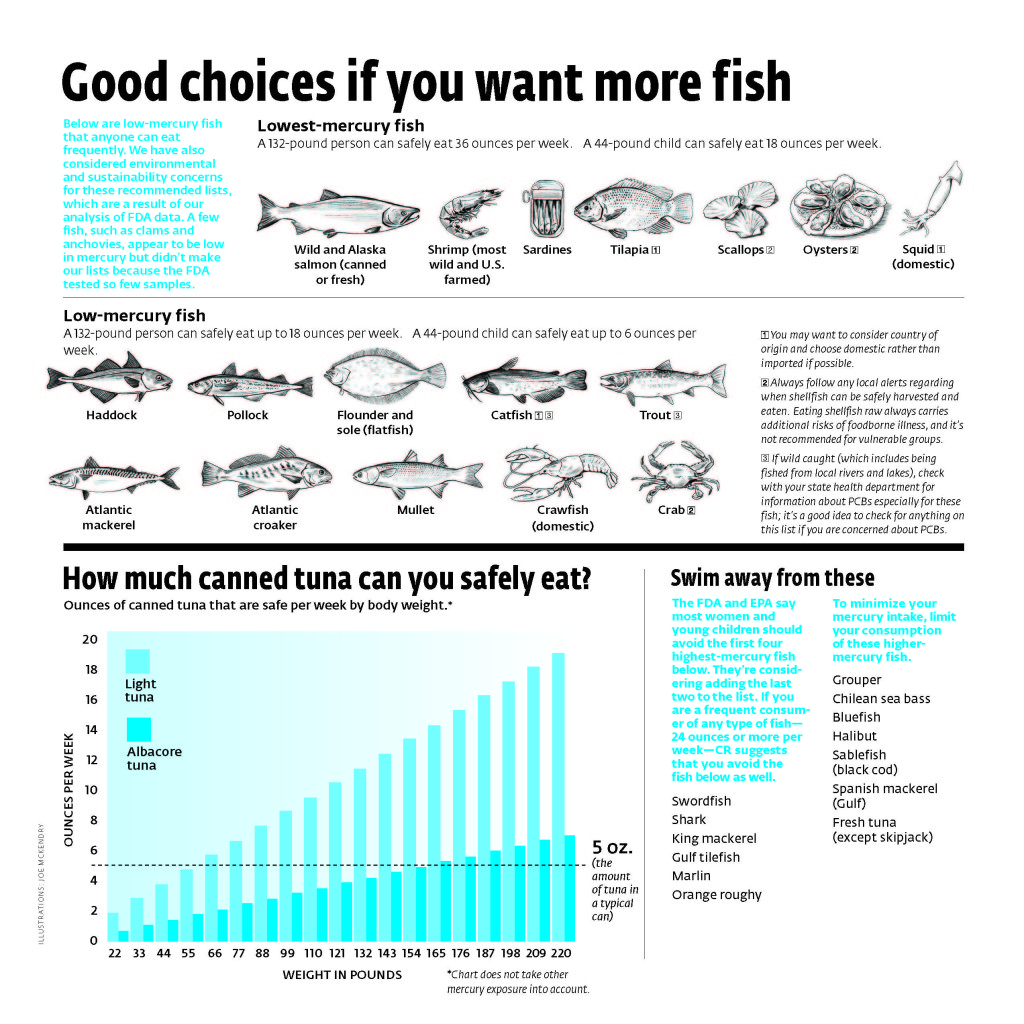 Rather than grant interviews, the FDA would only issue statements in response to the report. The agency said: “The Consumer Reports analysis is limited in that it focuses exclusively on the mercury levels in fish without considering the known positive nutritional benefits attributed to fish.” Its explanation for removing the chart from its website was similar: “The current science no longer supported categorizing fish solely by mercury levels. The reference chart was also developed for researchers and FDA staff and never intended to be used as a guide for consumers.”

That leaves Halloran unsatisfied. By recommending that women of childbearing age eat 8 to 12 ounces per week of lower-mercury fish, she argues, the FDA does in fact categorize fish on the basis of mercury levels. “How can they say the science doesn’t support such categorizing, when FDA itself talks about the category?” she asks.

Cosumer Reports would also like the agency to tell consumers which fish they think consumers should eat. “FDA only gives a few examples of low-mercury fish in their guidance–many equally-low mercury fish are not mentioned,” says Halloran.

For those trying to eat low-mercury seafood, Halloran says the Consumer Reports maintains their own list  of nearly 20 safe choices (see chart above), and all are approved by the Monterey Bay Aquarium’s Seafood Watch program.

While some large ag companies are working to bring on-site vaccination stations to their workers, complications abound in protecting these front-line workers from COVID-19.