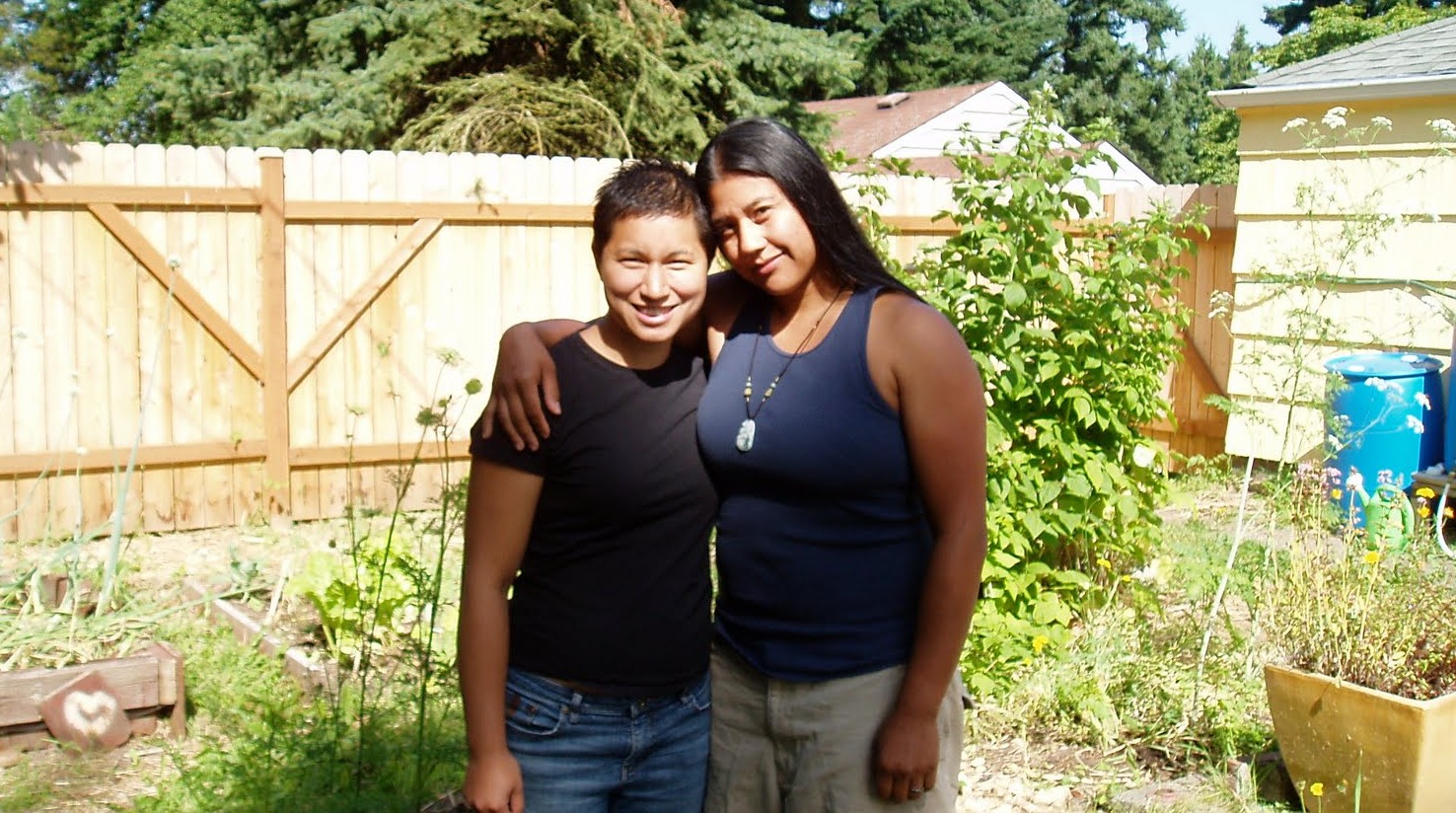 “Farming is a couple’s business,” says Jenks Farmer, a commercial flower grower in rural South Carolina. If you don’t have a spouse to help you out, he adds, “it is really hard to become an expert at marketing, growing, selling, accounting, and all the other aspects of the business.”

But for Farmer and his life and business partner Tom Hall, and for other Lesbian, Gay, Bisexual and Transgender (LGBT) farm couples, the legal advantages of marriage often do not apply. For instance, Hall works part-time on the farm and part-time in town at a job with healthcare benefits. But because South Carolina doesn’t recognize their partnership, Farmer can’t share in Hall’s employee medical coverage.

Farmer and Hall are not alone. There may be less outright discrimination against queer folks on farms and in farming communities than existed a few decades ago, but Maya Rupert, Policy Director at the National Center for Lesbian Rights (NCLR), says injustice can occur subtly. “There absolutely is discrimination happening,” she says. When you’re openly gay in a rural area, she adds, people may be more comfortable ignoring your application for a job or denying you public housing. Since rural areas have fewer advocacy groups focused on LGBT issues, there are fewer places to go for support when those kinds of injuries happen.

Enter the Rural Pride Campaign, a series of day-long summits focused on the LGBT experience in rural America sponsored by the U.S. Department of Agriculture (USDA), the NCLR, and the True Colors Fund.

“People assume that if you’re LGBT, you are urban and wealthy,” says Rupert. “But that just isn’t true.”

In fact, almost 10 percent of all same sex couples in the U.S. live in rural areas. And those that do, according to a report by the Williams Institute at the University of California at Los Angeles, are twice as likely to live below the poverty line than same-sex couples in cities. They even tend to have lower incomes than straight rural couples. What’s worse, Rupert says, the city-centered stereotype has meant that rural LGBT Americans aren’t on lawmakers’ radar the way their urban counterparts are.

This year, the first Rural Pride summit was held in Greensboro, North Carolina, in early June, with more meetings scheduled across the country over the coming months. Attendees at the town hall-style gatherings have called for protection from employers who seemingly dismiss their applications and federal agencies that might ignore their public housing needs, as well as states that don’t recognize their right to marry. (Twenty one states license same-sex marriage or have legalized it.) Most participants come from counties where farming is a dominant industry, even if they aren’t farmers themselves.

The Rural Pride Campaign dovetails with a recent amendment to the USDA’s internal code of conduct*, which now prohibits agency employees from discriminating on the basis of gender identity (i.e., how people dress, perceive themselves or otherwise expresses their gender) and political preference. Sexual identity was previously included in the law. While discrimination was generally prohibited by the agency before the amendment, the additional specificity should make it easier for complainants to receive redress.

All this could make farming and other forms of rural livelihood even more appealing for LGBT folks. Despite the fact that equality is still a work in progress, many summit attendees have said they are proud to be part of their rural communities. Rupert remembers one woman who felt more accepted in her small town than she ever did living in a city. Rural America might be more conservative, but the people who call it home have a sense of unity, too.

Connecticut farmer and filmmaker, Jonah Mossberg interviewed over 30 self-proclaimed queer farmers while making the 2013 documentary Out Here. The men and women he met during the project were often drawn to agriculture outside the city because it gave them a rare sense of freedom.

“So many queer people struggle to feel good about themselves. But farming makes you feel capable. You can be your freaky self, you can dress weird. As long as you work hard, it doesn’t matter,” says Mossberg.

That said, there is a difference between tolerance and real approval. In the film, one gay farmer describes interacting with non-queer members of his community in a way that’s reminiscent of “Don’t ask, Don’t tell. “We don’t talk about our sexuality. We talk about farming, because that’s something we can all connect to,” he says.

On a similar note, whenever Jenks Farmer presents to the local Master Gardener Association, he makes sure to show a photo of himself and Hall, standing in a field with their arms around each other.

“I tell people that Tom is my partner, and we have a business, a house, and a farm together. I give them words to understand us,” he says.

The Rural Pride Campaign wants rural LGBT Americans to realize that they aren’t alone. But the ultimate goal is to move past talk and into substantial policy improvements. The summits are a chance for policymakers to see where progress needs to happen, whether it’s installing an additional bus route so rural LGBTers can travel easily to LGBT-friendly job opportunities or making it easier for rural, transgender residents to apply for subsidized health insurance though Obamacare.

“We want to bring rural organizations together with federal policymakers,” says Rupert, who adds that in all policy work the trick isn’t just in writing new laws, but in broadcasting those changes to the public. “There has been so little outreach around the federal government’s LGBT policies to date. Our goal in partnering with the USDA is to help change that.”

You can learn more about the Rural Pride Campaign, find a summit near you, or invite NCLR/USDA to host a summit in your town online.

*It’s worth noting that the amendment only covers USDA-conducted programs, like those handling rural housing loans, but does not yet include USDA-assisted programs, like the Supplemental Nutrition Assistance Program, known as SNAP. NCLR hopes the agency will eventually apply the rule to all of its programs.