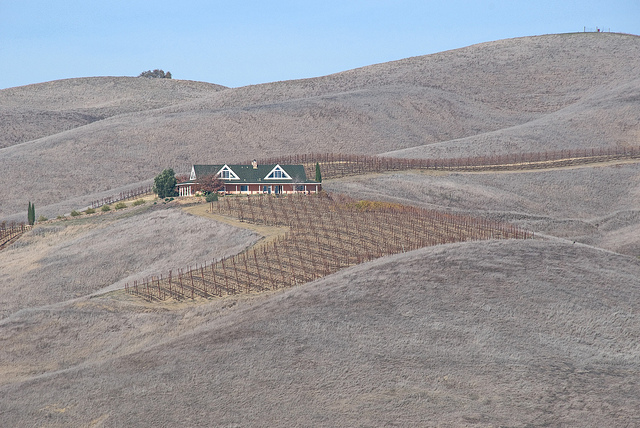 Here are a few of the food stories that caught our eye this week.

1. Nearly Half of All Americans Will Get Type 2 Diabetes (The Guardian)

The Centers for Disease Control (CDC) released a study that finds the likelihood that U.S. residents will develop type 2 diabetes is now at a staggering 40 percent. Even more sobering is the finding that Black and Latino children stand a 50 percent chance of getting the disease, a significantly higher rate than their white counterparts. Since 1989, the overall likelihood that men would develop type 2 diabetes at some point in their lives jumped from 20 to 40 percent and that figure climbed from 27 to 39 percent for women. While the study doesn’t identify specific causal factors that point to the sharp spike or racial disparities in type 2 diabetes rates, the disease is linked to rising obesity levels, the lack of access to fresh, healthy foods in many low-income communities of color, and increasingly sedentary lifestyles both in the U.S. and globally.

2. Proposed California Law Aims to Restrict Antibiotic Use on Farms (The Scientist)

The legislation is the first to write into law FDA regulations that phase out the use of antibiotics to promote rapid growth among livestock animals. Overuse of antibiotics in the livestock industry has been linked to the creation of “superbugs,” or antibiotic-resistant bacteria. The CDC has suggested the superbugs pose a dramatic public health risk, as they compromise humans’ ability to combat infectious diseases. Environmental and food safety organizations have critiqued the California legislation, arguing that it is not sufficient to address the full spectrum of unnecessary antibiotic use in livestock operations. The Natural Resources Defense Council, for example, claims that industry groups can continue using antibiotics at similar rates as they do currently, citing disease prevention instead of growth as justification.

3. Bottled Water Comes From the Most Drought-Ridden Places in the Country (Mother Jones)

The bottled water industry has a transparency problem, and it has nothing to do with what’s in your H20. Quite simply, it’s often difficult to pin down exactly where bottled water comes from, but by and large, companies typically drill for groundwater or tap the municipal water supply (yes, you read that right–bottled water is essentially glorified tap water). Unfortunately, many of the locations companies like Arrowhead, Crystal Springs, Dasani, and Aquafina favor to fill their bottles are in California, where an unprecedented drought forced Governor Jerry Brown to declare a state of emergency all the way back in January. This means that as California farmers struggle to implement water-conserving practices to save their crops (agriculture accounts for 80 percent of the state’s water use), beverage companies are continuing to suck the land dry.

Climate change promises to dramatically alter the way we grow food across the world, and farmers in North Dakota are already seeing the effects of a shifting climate in their fields. Over the past century, the state has seen a steady increase in the average amount of rainfall, which has in turn led to a longer growing season. What was once a semi-arid zone perfect for growing durum wheat (pasta lovers’ favorite) is now better suited for corn production. Long-time farmers are beginning to make the switch from wheat to corn, in part to adapt to the changing environment but also to earn more money. While this shift may mean deeper pockets for farmers in the short term, many environmentalists and climate scientists warn that climate change is also a threat to corn production. This issue points to the larger concern about the effects of monoculture on speeding up climate change’s damage to our food supply.

5. Are Corn Flakes Republican? This App Will Tell You (Huffington Post)

BuyPartisan might turn your local supermarket’s aisles into a new kind of voting booth. The app allows you to scan the bar codes of your favorite products to look up campaign contributions from the company’s big wigs, from CEOs to board members. So far the app is limited in its selection of brands–it only has data on about 100 companies–but plans to expand to allow consumers to shop in line with their political beliefs. BuyPartisan also features a tool to compare similar products from different brands, so you’ll know which hand lotion skews Republican or which cereal has Democratic tendencies. The apps creators hope to shed light on the impact, albeit small, that everyday purchases have on political campaigns.

Did we miss anything newsworthy? Let us know in the comments below.