'Hanna Ranch': The Eco-Rancher Against the World | Civil Eats

‘Hanna Ranch’: The Eco-Rancher Against the World

Hanna Ranch spans across thousands of acres of prairie just south of Colorado Springs, nestled between Fountain Creek and Interstate 25 as both wind their way south. Listen closely and you might hear a meadowlark whistle over the roar of the crowd at the nearby racetrack as the wind whips through the buffalo grass dotting the plains.

The ranch, like most of rural Colorado’s agriculture industry, lies at a crossroads between the man-made and the natural. Hanna Ranch, a documentary produced by Fast Food Nation author Eric Schlosser and which debuted earlier this year, chronicles one family’s struggle to preserve their namesake ranch under the strain of a rapidly expanding suburbia.

The film memorializes the life of Kirk Hanna, the youngest son in a family of ranchers spanning four generations. Charismatic and handsome, Hanna had a unique gift for navigating the tensions between two groups who often sparred over the fate of Colorado’s grasslands: ranchers and environmentalists. According to the film, Hanna’s leadership had the potential to transform rural communities forever by bridging the gap between traditional agriculture and ecological preservation. The film’s producers suggest that many saw Hanna, affectionately dubbed the “Eco-Cowboy,” as the future governor of Colorado.

Yet the film also points to something larger, more difficult to pin down: the trauma and isolation many farmers and ranchers experience as modern and natural forces threaten their way of life. Hanna took his own life in the winter of 1998, a tragedy that Schlosser writes is all too common in rural communities.

Farmers are more likely than the general population to commit suicide and the phenomenon can rip apart farming families, especially when they’re in business together. 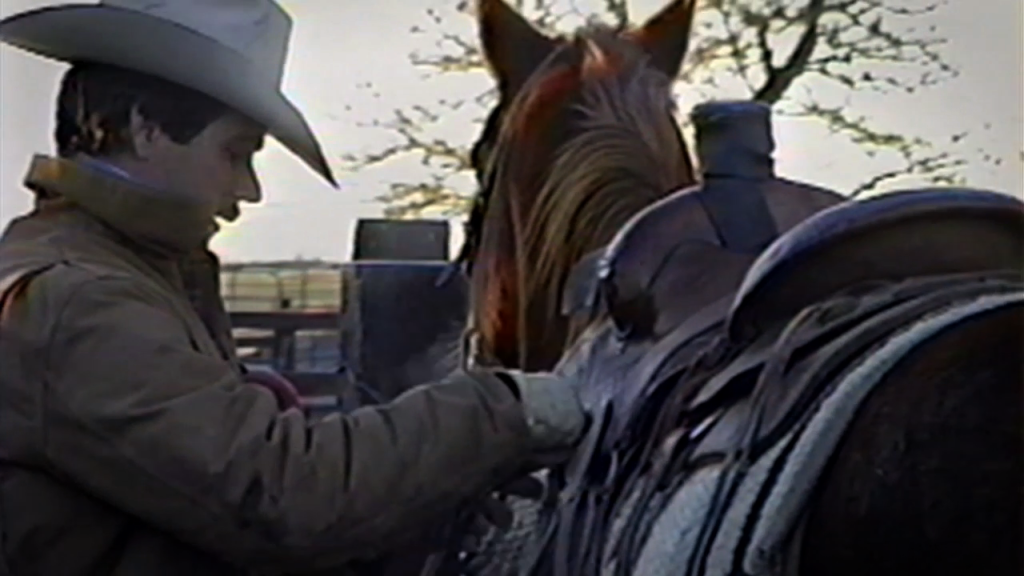 Not Just A Cowboy

Although he grew up on his family’s ranch, Hanna started his career as a commodities broker in Denver. Then, after his older brother Steve left the ranch in the late 1980s, Hanna returned to manage the herds. Years away from rural living had filled Hanna’s head with a different perspective on how to best manage and care for the prairie. An early adopter and fierce practitioner of holistic resource management (HRM), Hanna sought to prove that with the right techniques, ranching could actually help improve the land.

“In a holistic approach [to] management, you can’t just ignore any part of the whole,” says Jay Frost, Hanna’s step-brother who helped manage the family’s namesake ranch, early in the film. HRM relies on sustainable farming practices like rotational grazing, goats for weed control, and manure as fertilizer in order to build and maintain healthy soils.

Not everyone matched Hanna’s enthusiasm for HRM. His family recalls that many of their neighbors were skeptical of new approaches to agriculture and a number of fellow ranchers were simply waiting for Hanna to fail. “These were men who did it as their fathers had done it…Kirk was always looking for a better way,” says Frost in Hanna Ranch. To Hanna, HRM represented a step forward in ranching toward healthier grasslands, but to those around him, change had often spelled disaster.

For instance, Colorado’s population has doubled from 1970 to today. With a surge of new residents, suburban developments continue to encroach on the prairie all along the eastern edge of the Rocky Mountains. When construction crept south from Colorado Springs and north from Pueblo, many ranchers, including Hanna and his family, grew worried about their local waterway. Fountain Creek was crucial for the vitality of the grasslands, the range herds that grazed them, and by extension, the ranching families that depended on their cattle to sustain their livelihoods. An influx of suburbanites to the Colorado prairie meant greater erosion, flooding, and pollution. 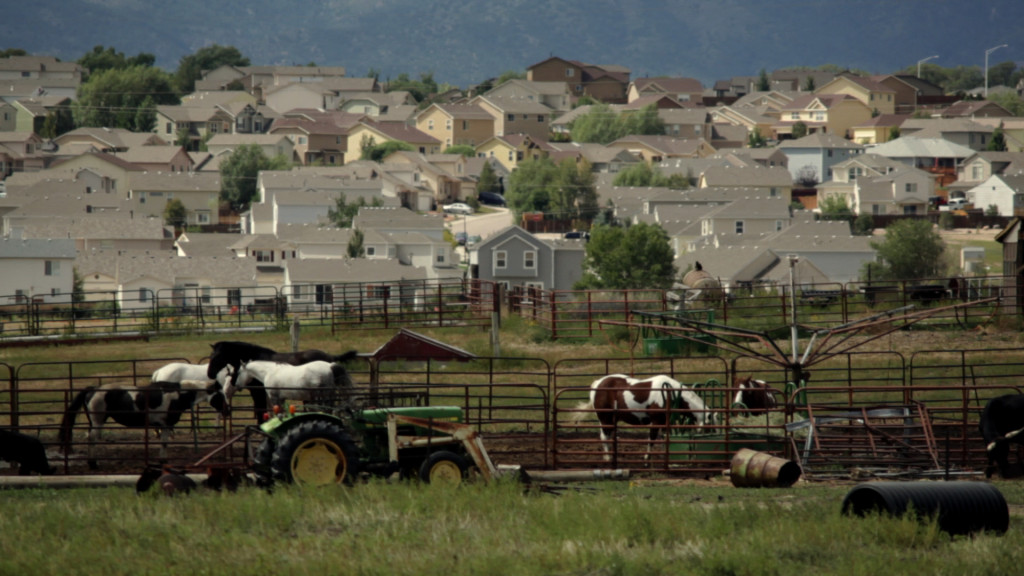 Hanna looked for allies both inside and outside of his rural community who understood the serious environmental risks of suburban sprawl. In the early 1990s, he joined forces with the Nature Conservancy and began to explore potential options for preserving rural lands. While many ranchers were initially skeptical of Hanna’s partnerships with traditional environmental groups, coming from a ranching family helped him spread the belief that cattlemen had a duty to preserve the prairie. His tenacity and commitment to the prairie and to rural communities eventually landed him as the head of the Colorado Cattleman’s Association.

“I think he was the best kind of cowboy,” says Hanna’s daughter Emmy of her father’s activism. “He wasn’t just a cowboy.”

Hanna’s story of activism and leadership is remarkable in many ways, but the tension between his older brother Steve and him runs as a current through the entire film. Their feud rested on a fundamental disagreement about the fate of Hanna Ranch.

Hanna’s firm commitment to the environment ultimately led him to consider a conservation easement. Under such an agreement, a private landowner voluntarily agrees to limit the types of activities that can occur on his or her land, both in the present and into the future. A conservation easement can be a uniquely powerful tool to prevent urban and suburban developers from snatching up rural lands and converting them into condos and parking lots.

While conservation easements are clearly positive from an ecological perspective, they are often a tough sell for struggling rural families. As Schlosser notes in the film, a conservation easement essentially says, “We are committed to agriculture, and we are going to give up maybe millions of dollars in the future we could get from developing this land.” When the issues of money and power began to surface in conversations about Hanna Ranch’s future, the brothers’ relationship ruptured in a way that would never fully heal.

After Hanna’s death, his wife Ann and his brother Steve split the property in half. Ann ultimately signed her share into a conservation easement and enlisted her daughters and Frost to help manage the ranch. She decided that the place where she had married her husband and begun raising her two daughters was too special to let go. “We are tied to family through this piece of land,” she says tearfully, but resolute.

The conservation easement has given Hanna Ranch stability, and in that way carries on Hanna’s legacy of fighting for the integrity of ranching and rural communities.

Throughout Hanna Ranch, sweeping shots of the Colorado plains, nearly as expansive as the grasslands themselves, show cattle ambling across a rocky landscape as the sun sets low on the horizon—a testament to the simple, unique beauty of rural lands and the crucial need to protect them. But just as importantly, the film memorializes Kirk Hanna, the ardent visionary whose compassion for his fellow ranchers underscores that sustaining the land means nothing unless we sustain the people whose lives depend on it.

All photos credited to Zachary Armstrong.