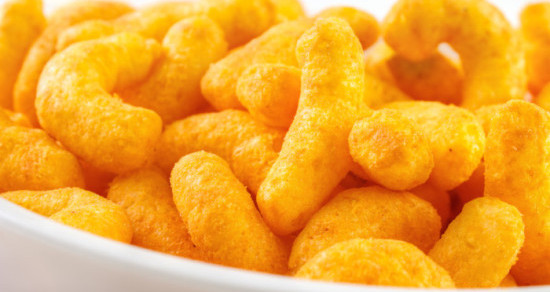 What exactly does “processed food” mean? According to a new position paper from the American Society For Nutrition (ASN) processing means “the alteration of foods from the state in which they are harvested or raised to better preserve them and feed consumers.” By this definition, processed foods encompass everything from washed raw spinach and frozen strawberries to Betty Crocker’s Cheesy Scalloped boxed potatoes (a box of the latter is made up of reconstituted ingredients held together with partially hydrogenated oils, artificial dyes, and the sodium equivalent of 60 potato chips per serving).

In fact, according to the ASN, food processing “began in prehistoric times.” The paper argues that what we do in our kitchens is really no different from what the food industry does in its commercial processing plants (although I have yet to meet anyone who can partially hydrogenate oil or make aspartame at home). Rather than differentiate between various types or scales of processing, the group used its own journal, the American Journal of Clinical Nutrition, to proclaim that: “processed foods contribute to the health of populations.”

At a time when one in eight Americans has been diagnosed with Type 2 diabetes and one in three American adults lives with hypertension, this vague and innocuous definition of processing does more harm than good.

Yes, some degree of “processing” has always been key to preserving and preparing food. But recent history points to something very different. Take potatoes, for example. In the 1960s, processed potatoes (i.e., French fries, boxed mashed potatoes, potato chips) accounted for 35 percent of U.S. potato production; by the 2000s, that figure climbed to 64 percent. Similarly, in the 1950s, Americans consumed 109 pounds of caloric sweeteners per capita. By 2000, that figure had skyrocketed 39 percent to 152 pounds, largely due to the switch from cane sugar to high fructose corn syrup in the 1980s, an ingredient which quickly became ubiquitous in highly processed foods.

Why doesn’t the ASN’s position paper bother to differentiate between degrees of processing? Well, it might have something to do with the fact that the ASN is sponsored by some of the most notorious producers of processed foods–including Coca-Cola, PepsiCo, McDonald’s, and General Mills. Criticism of processed foods, or the very products on which these companies’ bottom lines depend, would endanger such relationships. As New York University’s Dr. Marion Nestle said to MedPage (reg. required), “because members of the [ASN] committee have financial connections with food companies, the position statement is conflicted and its conclusions come as no surprise.”

It’s tough to say for sure, but this type of corporate sponsorship may be part of what motivated the authors of the statement to argue that processed food should be solely evaluated based on its nutrient contribution and degree of convenience. In that case, Froot Loops Marshmallow cereal would get a thumbs up, as it is easily portable and fortified with 11 vitamins and minerals; never mind the 14 grams of added sugar per serving, the inclusion of five artificial dyes, and the presence of partially hydrogenated oils.

Michele Simon, public health lawyer and president of Eat Drink Politics, thinks the conflicts of interest are evident: “The paper has industry spin written all over it. Just wait for the major processed food companies to start pointing to it as ‘sound science’ to defend their unhealthy products.”

Indeed, this myopic look at processed food is music to the food industry’s ears. When we examine nutrition through a reductionist lens of grams of fiber or percentages of vitamins and minerals and ignore actual ingredient lists, it’s easier to make an argument for the “healthier” versions of highly processed foods.

A serving of 22 almonds does not offer the iron, vitamin A, vitamin D, or vitamin B12 (all fortified) that Froot Loops do. The almonds do, however, have heart-healthy fats and antioxidants (which are not reflected on a nutrition label) without the added sugar or artificial additives. But the real tragedy here is that by ASN’s account, sugary cereals and dry roasted almonds both fit into the same category of processed foods.

The ASN’s position paper goes on to state that “if enrichment and fortification were not present, a large percentage of the population would have had inadequate intakes of vitamins A, C, E, D, and calcium.” This, of course, is only an issue when intake of whole foods is low. Consider that one sweet potato, a half cup of spinach or a half cup of carrots each delivers well over a day’s worth of vitamin A, or that a mere half cup of red peppers contains more than the daily recommendation of vitamin C.

If a large percentage of the population is low in vitamins A and C, it points to a problematically low intake of whole, real foods. In that case, the question we should be asking is: Why, when so many available foods offer nutrients in abundance, is our nutrient intake so low? The answer would at least begin to shed light on systemic, widespread issues that affect public health—and we might find that solution requires more than sprinkling isolated nutrients into highly processed products.

Even worse, the ASN defends processed foods by arguing that reformulation (i.e., products like whole grain Teddy Grahams) has nutritional advantages. ASN even states that “educat[ing] the public in processing techniques” and “defin[ing] and support[ing] food processing research” are two of the food industry’s key responsibilities, essentially co-signing further conflicts of interest. Keep in mind that the food industry has fought tooth and nail to keep artificial trans fats as a Generally Recognized as Safe ingredient, despite the years of solid evidence that show how destructive they are to our cardiovascular system.

ASN also points to “appetite-suppressing” compounds which are currently being studied for potential inclusion in foods as a potentially positive development. Interestingly, however, there is no mention of the science that goes into creating addictive junk food, as documented thoroughly by Michael Moss in Salt, Sugar, Fat.

Fortunately, many public health experts without ties to industry have spoken critically of processed foods. Dr. Carlos Monteiro of Brazil’s University of Sao Paolo, for instance, coined the term “ultra-processed food” to refer to “attractive, hyper-palatable, cheap, ready-to-consume food products that are characteristically energy-dense, fatty, sugary or salty and generally obesogenic.” While that definition could use some tweaking, it sets important and much needed parameters. (My issue with these foods is not so much fat content itself as the presence of highly refined, unhealthy fats, for example, and I prefer health-focused, rather than weight-focused dialogue).

Public health and nutrition dialogues need clear, explicit messages. Dietary fats, for instance, have varying qualities; while trans fats are a cardiovascular atrocity, monounsaturated fats improve heart health. Naturally-occurring sugars and added sugars are very different animals. The same goes for processed foods. How is it that a national nutrition organization can simply choose not to recognize that cooking a pot of oatmeal is vastly different from making a Three Musketeers bar in a processing plant?

It’s a real shame that, rather than clarify the conversation on processed foods, ASN’s position paper only confuses the American public further while giving the food industry unwarranted kudos and a pass to continue business as usual. Then again, the latter happens so often you might think that it too had been going on since prehistoric times.