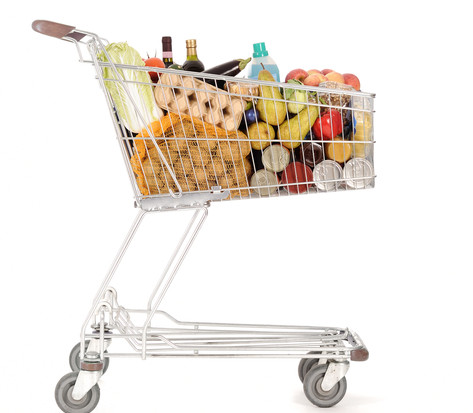 If you care about food waste, odds are good that you’ve heard of the Daily Table, a new Boston-based model of grocery store that will take safe food that has been discarded or is close to expiring and sell it at prices that compete with fast food in low-income areas. It’s an important model that comes at a time when U.S. consumers, companies, and businesses throw away 165 billion dollars worth of entirely edible food each year–or 40 percent of the food we produce in this country.

But Daily Table won’t just sell food that would otherwise go to waste; it also hopes to inspire people to cook it. “This isn’t about us saying, ‘You’re not eating right. Here’s how to do it better,’” says Doug Rauch, the company’s creator and former president of Trader Joe’s. “We want to dignify people, to give them something of real value.”

Rauch notes that nearly one in four people who qualify for food stamps don’t take them because they’re such a marker of class. Daily Table is intent on avoiding this kind of stigmatization, by creating a grocery store that looks like any other, but with lower prices.

The Dorchester neighborhood of Boston, the location of the first planned Daily Table, expected to open later this year, is an economically mixed area with a slim assortment of grocery stores. But it’s a place where Rauch says, “a lot is already happening around food security.”

Rauch is confident that once people there begin seeing the benefits of buying healthier food and cooking with it—the improvement to their physical health, mental health, and personal satisfaction—they will become loyal shoppers at Daily Table, as well as more frequent cooks at home. But the key is that they see these things on their own, not have them imposed by an outsider.

Reclaiming Food at a New Scale

We produce more than enough food in this country to feed everyone; we just haven’t figured out a way to allocate it properly. There are soup kitchens, food banks, and food rescue groups that recover discarded food, but they generally won’t take more than six to eight pallets of any given item. Scale is an issue. To deal with this challenge, Daily Table will source from nearly every level of the food chain. Mostly, it will turn to wholesalers. The organization will also be asking other supermarkets, as well as restaurants like Panera Bread, for their excess food.

Rauch is also hoping to develop relationships with farmers associations so that it can glean produce not cosmetically fit for stores like Trader Joe’s or Whole Foods. It will be asking manufacturers for goods with damaged packaging or labels with typos. And it will look to tap fish suppliers that can make available parts of their catch that are unwanted. Daily Table will purchase all of this food at a steep discount, or have it donated. Rauch says that the organization will buy some goods at full price—oil, spices, and maybe some extra sources of protein—to use in food preparation and to ensure balanced and healthy meals. This bit of expense, however, won’t undermine Daily Table’s basic economic model: to at least break even while still offering healthy, affordable fare to its primary customers, the food insecure.

Though Rauch is starting small, he views what’s happening in Dorchester as a pilot and his intention is to eventually roll out more Daily Tables across the country. The stage seems well set. In 1996, President Bill Clinton signed the Good Samaritan Food Donation Act, which is designed to encourage the giving of food to nonprofit organizations. The law protects anyone who does so from liability, as long as there was no malicious intent in the original offering.

Most states have passed laws that allow for the use of food beyond its sell-by date. What’s more, there is now a federally enhanced tax deduction for restaurants and grocery stores that donate their surpluses, which allows them to recover up to fifty percent of their lost margin. In this way, the chance to offer food to a nonprofit such as Daily Table becomes an “underrealized asset,” Rauch says.

It is not just Rauch’s suppliers, however, that are displaying their business acumen. As a social enterprise, Daily Table itself operates on business principles, and Rauch has drawn on his 31 years of experience at Trader Joe’s to get the organization up and running. Among the most important insights that he brings is a keen understanding of what his customers value.

“I’ve held several focus groups,” Rauch says. “I’ve held many community meetings. There is real interest from what I can tell. Residents say, ‘Look, just because you’re poor doesn’t mean you’re stupid. We know Coke for breakfast is bad. We know our kids shouldn’t be eating this way.’ We’ve got the ability here for at least a portion of the community to be able to start to say, ‘Hey, I can take back control and feed my family what they should be eating.’ We’re filling a need—a want, really.”

Daily Table will sell three types of food. The first is raw ingredients: fruits and vegetables, canned goods, dairy products, bread, and so on. But there is a big rub: There will be no soda, candy, or chips available—not even the processed, chocolate-coated protein bars commonly, but often misleadingly, thought of as “health food.” (Daily Table has benefited from the counsel of experts in the nutrition field who helped them establish nutrition guidelines for what they will and won’t sell in the store.)

The second type is for “speed scratch cooking”: partially prepared food like chopped onions and pieces of pre-cut chicken tenders, for instance. These goods will eliminate a fair amount of the work required when people want to cook at home but are running low on time (or energy or desire, for that matter). Finally, there will be fully prepared meals, similar to what you find at most grocery stores. Interestingly, Whole Foods and several other high-end markets don’t operate much differently than the Daily Table in this regard; they, too, use aging ingredients when making these prepared meals.

Daily Table will also promote cooking in various ways. For starters, many of the partially prepared foods will come with recipes. So will most of the fully prepared food, so that people can re-create the dish on their own if they like it. Daily Table will also be hosting recipe contests. If someone has a particular recipe they love, they can submit it to be prepared by the head chef, Ishmael Abdus-Samad, who is joining the organization from a farm-to-table restaurant in Vermont called The Gleanery.

If a recipe is chosen, the person will win a reward and the dish will be sold for the next week as part of the Daily Table lineup. The only rules will be the same as those that govern the rest of the pre-made fare, with restrictions around the amount of salt, sugar, fat, and other particular ingredients that can be used.

Perhaps the most innovative part of Daily Table will be its cooking classes. “When you prepare your own food, you control the ingredients that go into it,” says Fredi Shonkoff, the senior director of Daily Table and the staff member in charge of the courses. “You can also account for your own taste preferences. You can personalize your cooking, which is huge, and makes it more enjoyable.”

Right now, Shonkoff is looking to partner with several local community organizations, including Cooking Matters, a Washington-based group with a local office in Boston. Some courses will teach people how to cook basic items quickly—and with lots of vegetables. Others will be aimed at people with specific health issues. Still others will be designed for kids. Daily Table won’t just push what’s good for people, either; it will also seek to illuminate the bad, educating neighborhood residents on why fast food tastes so satisfying and fills them up—but why that kind of diet is harmful in the long run. The organization will work with the nearby Codman Square Health Center and Healthworks Community Fitness Foundation, located in the same building to develop this on-site teaching kitchen facility.

Daily Table—and, if it’s successful, its inevitable copycats—may well contribute down the line to the larger American food movement by showing people the many benefits of quality food and, in turn, inspiring them to become advocates for bigger policy changes that lead to wholesale reform of the system.

For now, though, Rauch and Shonkoff are just trying to get off the ground. They stress that everything at Daily Table—including the cooking classes—is something of an experiment at this early stage. “We won’t really know whether or not this is something people will latch onto,” Shonkoff says. “But as of right now, we have every reason to believe people will be more inclined to cook at home if they see how to do it and learn how to do it—if they have appealing recipes or dishes presented to them.” The name Daily Table itself captures this spirit.

“We’re not a restaurant on purpose,” says Shonkoff. “We want people to see what amazing things you can make beyond a rapidly consumed, drive-through hamburger and fries. We want them to go home and cook.”