All the News That's Fit to Eat: Vanishing GMOs, Global Meat, and a Win for Wild Salmon | Civil Eats

All the News That’s Fit to Eat: Vanishing GMOs, Global Meat, and a Win for Wild Salmon 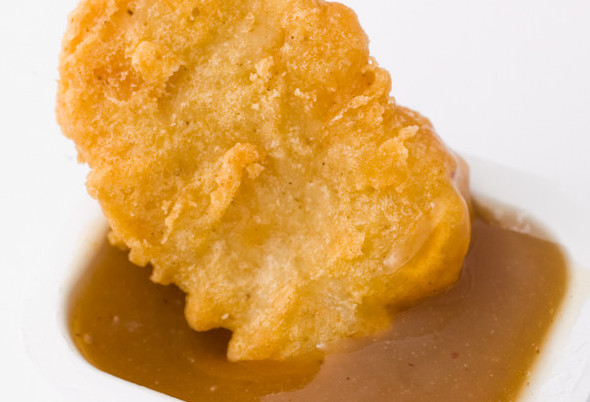 Back in 2012, two district courts rules in favor of lawsuits brought by the Natural Resources Defense Council (NRDC) and a group of affiliated public health groups, saying the U.S. Food & Drug Administration (FDA) had to act to address antibiotic overuse in livestock. It was an important win on paper because the federal agency has known about the dangers of unnecessary use of these drugs for growth promotion and disease prevention since the 1970s, but has hedged on passing regulations with any real teeth since then. Yesterday, that win was overturned in the U.S. Second Circuit Court of Appeals. In a 2-1 decision, the dissenting judge said, “Today’s decision allows the FDA to openly declare that a particular animal drug is unsafe, but then refuse to withdraw approval of that drug. It also gives the agency discretion to effectively ignore a public petition asking it to withdraw approval from an unsafe drug.”

Last week, the U.S. Environmental Protection Agency (EPA) proposed strong limitations on mining in Alaska’s Bristol Bay, in an effort to preserve rare salmon habitat. According to the Los Angeles Times, EPA would “prohibit any discharges or dredging from the planned Pebble Mine above Alaska’s pristine Bristol Bay that would result in significant destruction or alteration of salmon-bearing streams, wetlands, lakes and ponds.”

If passed, the rules could effectively halt the mining altogether, as the EPA found that the project as it is currently planned would dig up enough matter “to fill one of the largest professional football stadiums more than 880 times.” The proposal will undoubtedly be challenged in the public hearings scheduled to tale place this month in Alaska, but one thing is clear: One of our remaining wild foods may finally be valued in a way that’s on par with other industry. As EPA administrator Dennis McLerran put it: “Quality salmon habitat is at a premium, and we can ill afford to lose so much of it at the headwaters of our greatest remaining fishery.”

When a Chinese division of an Illinois-based meat distributor was caught on camera repackaged old beef and chicken with new expiration dates, five Shanghai-based workers were arrested and the media in both countries had a heyday. Why so much concern? The company, OSI Group, has not only referred to itself as “the biggest supplier of protein for McDonald’s in the world,” but its meat is also sold to  KFC, Burger King and Starbucks, and Papa Johns. McDonald’s also confirmed on Tuesday that OSI had provided McNuggets to its restaurants in Japan and Hong Kong. Most companies have stopped using the meat, while claiming they knew nothing of the practice, but the larger implications that one large meat company can have globally are chilling, to say the least.

On Thursday, advocacy group Food and Water Watch sent a letter (PDF) urging the U.S. Department of Agriculture to “stop all efforts to recognize the food safety system or meat, poultry and egg products in the People’s Republic of China (PRC) as being equivalent to that of the United States.”

Several large companies have been removing genetically engineered ingredients from their products. But, says NPR, “just because they’re testing the water doesn’t mean most mainstream companies are ready to start publicizing their changes.” Companies like General Mills are making sure they have GMO-free products lined up if and when customers start demanding them. Meanwhile, the same companies are still fighting state-level efforts to label the ingredients.

On a related note, an initiative that would require the labeling GMO ingredients in food qualified for the Oregon ballot Wednesday.

5. Beef is 10 times More Damaging to the Environment than Poultry, Dairy, Eggs or Pork (The Independent)

A lot of media ran stories about recent science that re-confirms what has already largely been known: The fact that most beef has a larger carbon footprint than most other meat. For the study, a team examined the lifecycles of dairy, beef, poultry, pork, and eggs, found that regardless of how they’re raised, “Cattle require on average 28 times more land and 11 times more irrigation water, are responsible for releasing 5 times more greenhouse gases, and consume 6 times as much nitrogen, as eggs or poultry.” As some critics are bound to point out in the coming weeks, however, the study does not appear to have examined the many reported benefits of well-managed grazing, when it comes to carbon sequestration.