Can Grazing Animals Save the World?: A Report From the Slow Meat Symposium | Civil Eats 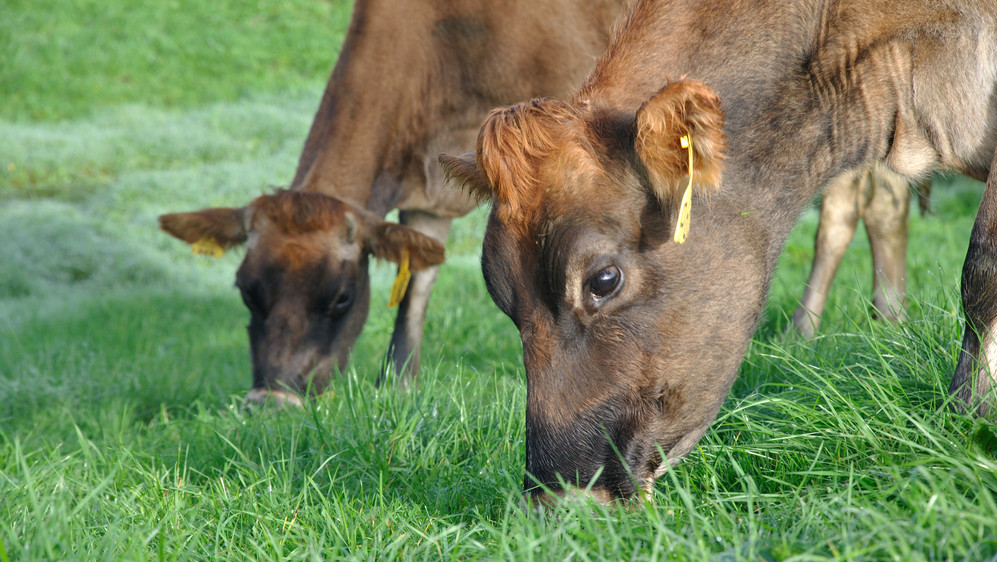 Years ago, The Zimbabwean biologist and environmentalist, Allan Savory of the Savory Institute, believed that large roaming animals, such as elephants, were destroying Africa’s great plains, leading to desertification.

In the years that ensued, some 40,000 elephants were killed in hopes of saving the plains. But, much to Savory’s dismay, the culling of these animals didn’t make a significant difference. After years of additional research, he determined it was poor management–not overgrazing–that led to desertification. In fact, Savory explained, he found that by allowing livestock to graze and roam across the plains, the natural cycle of what he describes as “birth, growth, death and decay,” actually has the potential to restore the world’s grasslands.

Savory gave the keynote address at the inaugural Slow Meat symposium last month, which brought together more than 100 ranchers and farmers, butchers, chefs, scientists, animal welfare experts, and eaters–representing both vegetarians and meat eaters alike– in Denver, Colorado. The event was hosted by Slow Food USA, the domestic arm of the international movement to ensure food is good, clean, and fair for all. The goal was to begin to examine some of the mixed and controversial messages about today’s meat supply – from it’s environmental impact to its ethics — and agree on solutions.

Livestock management, and in particular the question of whether the benefits of grazing animals on pasture can ever balance out the destruction caused by today’s industrial systems, is at the heart of these debates. And that’s why Savory’s keynote was so resonate. Although the stately, congenial academic said of agriculture, “I cannot picture a more destructive industry in the world,” he was quick to point out that casting blame is counterproductive.

His solution to repairing the damage caused by poorly managed agriculture is to disperse holistically-managed livestock across the world’s grasslands. Savory argued that large herds of grass eating animals will replenish the soil, preventing and reversing desertification. He noted that allowing the continuous roaming of these herds packs their nutrient-rich manure into the earth and promotes deeper root growth of grasses, which in turn absorbs and retains both water and carbon dioxide, and makes soils richer.

Savory’s presentation moved Ted Trujillio, a rancher, lawyer, and member of the Rural Coalition from northern New Mexico. Trujillio and his fellow Latino and Native American ranchers are in a long-standing disagreement with the U.S. Forest Service, which is restricting ranchers from grazing their cattle on large portions of federal lands. Their families have previously used those same lands to graze cattle for hundreds of years.

“Allan’s work is so appropriate to our situation in northern New Mexico, I couldn’t believe it,” said Trujillio. He believes Savory’s findings validate his understanding, as a native rancher, of the role that animals play to protect the fertility of the lands and forests. Where he lives, the Forest Service has restricted cattle from many parts of the forest because they worry grazing competes with mixed-use priorities, including recreation, timber and wildlife protection. As a result, Trujillio fears the land that he and his fellow ranchers depend on is in danger of drying up, similar to the way New Mexico’s Valles Caldera National Preserve degraded after the land was bought buy Congress in 2000. For centuries before the purchase, as many as 6,000 head of cattle roamed throughout the 89,000-acre preserve every year. Today only 300 head remain and the land has turned into a virtual tinderbox. Before the government began managing the land, the area had never experienced fires as intense as they are now.

There have been attempts to change federal and state laws to allow ranchers in Trujillio’s community greater access to the forestland, with little success. Until the tensions between all special interests eases and each group can work together, Trujillio says a truly holistic land management policy will never exist.

Whether you agree with Savory’s claims or not, it’s difficult to argue that the loss of grazing buffalo and agriculture didn’t play a role in turning the Great Plains into a giant Dust Bowl in the 1930’s. In a 1987 article by Deborah Epstein Popper and Frank J. Popper in Planning magazine, the authors noted that homesteaders failed to heed the warnings of the native people of northeast Colorado and experienced their own dust bowl in the early 19th Century.

“Grass no good upside down,” said a Pawnee chief in northeast Colorado as he watched the late-nineteenth-century homesteaders rip through the shortgrass with their steel plows. He mourned a stretch of land where the Indians had hunted buffalo for millennia. It grew crops for a few years, then went into the Dust Bowl; farmers abandoned it. Today, it is federal land, part of the system of national grasslands. Like most of the Plains, it is an austere monument to American self-delusion.

Savory ended his talk on a hopeful note and he believes it is possible to restore the world’s grasslands. Instead of pointing fingers he said we must start sharing solutions. “We can unite around the idea that [agricultural] management needs to be holistic,” he said.

A version of this post appeared on the Slow Food USA blog.