Faces and Visions of the Food Movement: Farmer Michael Foley 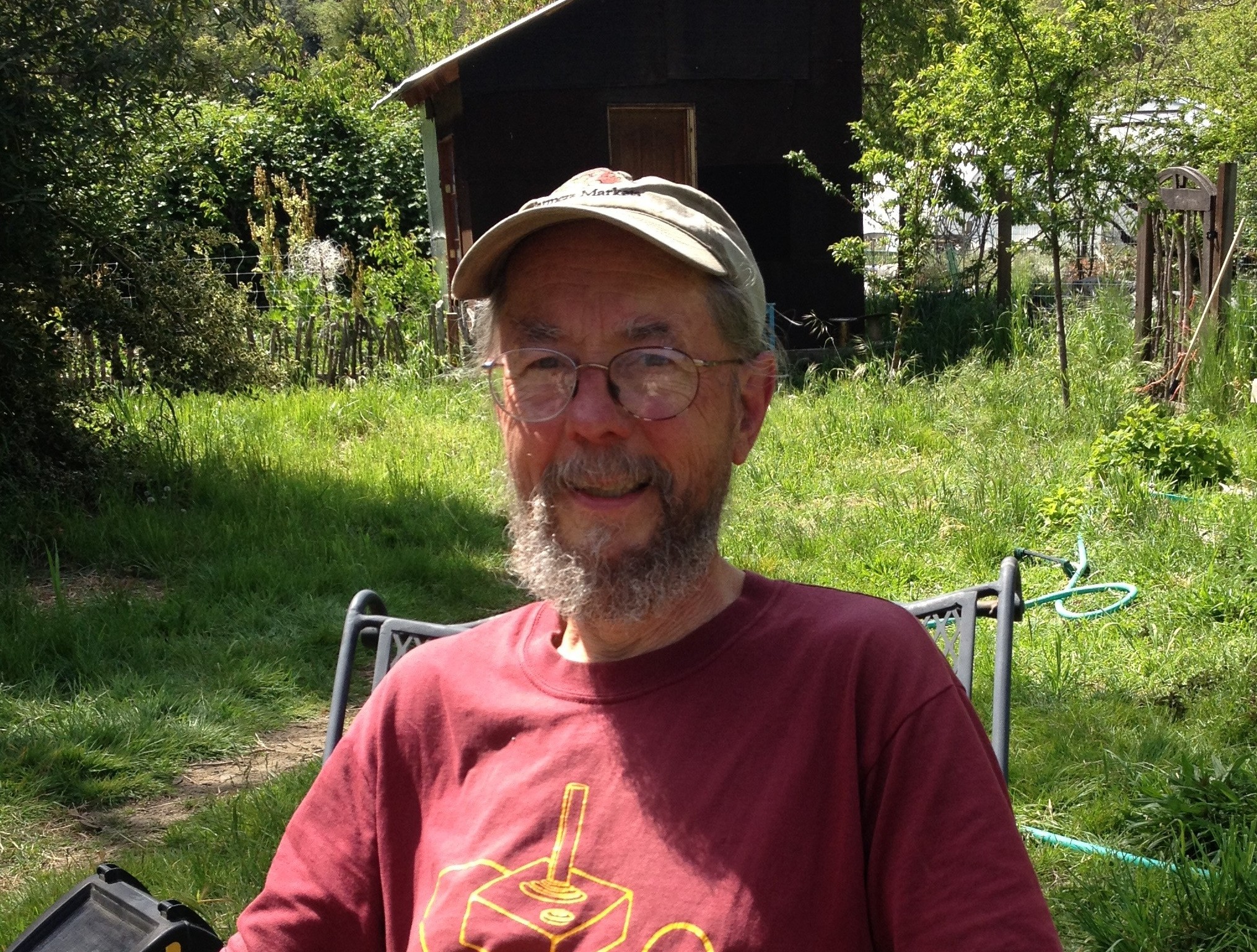 Michael Foley is a Mendocino County, California-based farmer dedicated to helping young farmers find access to land and education. He wears many hats, including: farmers’ market manager, Vice President of the association behind that farmers’ market (MCFARM), and President of the Little Lake Grange. A former professor of politics at the Catholic University of America, Foley is also one the founders of the Grange Farm School and a mentor farmer at Brookside Farm, an innovative teaching farm. As you might expect, his focus is on the needs of the small farmer.

Since I was a young child I had a longing for a farm, but I ended up as an academic teaching political science for 20 years. One of my daughters was dating a farmer and another went to the apprenticeship program in agroecology at UC Santa Cruz. I visited her a few times; I also visited her boyfriend on a horse driven farm in Western Massachusetts. It was gorgeous. I came away thinking, “this is what I want to do!” I read some books–Eliot Coleman, Joel Salatin, etc., and became more inspired. I enjoy that there’s continuous problem solving, and something new to do every day. I started looking for land and during the process a friend lent me two acres on her family’s estate, one of the last places of beauty in mini-mansion-laden exurban southern Maryland, and I started market gardening. Allegra, my daughter, came out the first year and helped with the CSA and shared what she knew. A few years later an opportunity came to buy a place out in Willits, California, where two of my daughter were living and starting families. We bought a farm and brought the name Green Uprising Farm with us from Maryland.

Well, working with young people, that’s what I loved most about teaching. And, I have six kids! What really got me going was working with WWOOFers our second year. All of a sudden we were meeting all these young people who really wanted the hands-on experience. So we began thinking of this place as a school and we also began to see young people who couldn’t stay because there wasn’t land or opportunity, so it became a passion of mine to do something about that.

The answer to both is the Grange Farm School. The idea for the California State Grange to support the farm school was brought up at the 2011 membership convention by Damian Parr, a young Ag Educator and Grange member enthusiastic about the potential of the Grange. He wanted to do a number of things, one of which involved production farming, so some of our members at the convention got really excited. A small group of us here started meeting about it and looking for property. Ridgewood Ranch came up as a willing host. So we began drawing up plans for the farm school mostly modeled on the UCSC Agroecology Program, an intensive seven-month live-in internship with the option of a second year where you take classes in sustainable agriculture.

We also really want to educate the whole farmer: Teach new farmers how to manage, finance, do some engine repair, and welding. And we’ll tie into Live Power Community Farm for those who might want training in using horses. That will be important in the future. So we have seven acres for a field for farming and small livestock. We have an old apple and pear orchard with some cherry trees with room to grow.

At first we called it the California State Grange Ag School of the Arts. The arts are the key, you need a feel for it, you need to be skilled at multiple things—which is what people are looking for.

My bias is the enthusiasm of so many new farmers. They are mostly young people, I’m an old guy, though still considered a “new farmer” according to the USDA. But there are so many young people, shored up by the Greenhorns, trying to help and support them, working with Granges as a place where people in rural communities can get support. The new Farmers Guild movement in California is an old term, [but it] is mostly a young farmers networking movement.

There has got to be a surge of community grassroots activism to keep this thing moving. I feel like we’re under siege. The laws, instead of allowing us to grow food on a small scale locally and share and sell to our neighbors, are getting stricter, with some exceptions like the Cottage Food Law.

The whole food safety movement is so overblown and creates new hurdles for farmers in both paperwork, cost, and worries. I really think we need community activism to deal with local public and environmental health agencies in California, [and] with Departments of Agriculture both State and National to try to find room for small farmers.

My wife and I were a part of an effort to create a new law that would make it possible for home dairies to sell to neighbors [in California]. Now, in order to sell milk, you need a quarter of a million dollars to invest in a plant. But we lost. The people in the Ag Committee were heavily lobbied by the Western Dairymen who use small diaries as a scapegoat. Most of the policies they have supported, like on lagoon water, waste water, etc. are policies the big guys can handle but the smaller dairies see as a burden. Their tactic is to divide and conquer.

What needs to happen for the regulatory system to be more friendly to small food producers?

I’m really discouraged with the legislative process at the state level and of course nationally. It’s just broken, broken, broken. I think if policy makers could become aware of the fact that a lot of the policy they are making is moot because people don’t abide or regulators turn the other way, maybe we can get some change. There’s also change possible at local level by just hammering away at local agencies.

Do you see yourself as part of a food movement? If so, what do you think that movement needs to do, be or have to be more effective?

If we’re talking about policy, despite what I said, I do believe in community organizing 101. You need bodies. You need organizing. Some of that applies to just growing and producing food. We need people who are networked with long-term commitment to support this. We also need long-term advocacy support. On a broader scale, we need people to stick with it. The nice part of farming is it does tie you in there, at least for a while. As a market manager, I see people come and go, but in large part, they’re sticking it out and that keeps the movement alive.

Avocados, Mexican limes. A lot would say coffee but as an academic, I looked at small-scale peasant coffee producers and I’m impressed with the Equal Exchange efforts there. So I don’t feel bad on a social justice perspective but from a carbon footprint one, yes. I’m also addicted to out of season chilies.