10 Things You Should Know About the American Seafood Supply 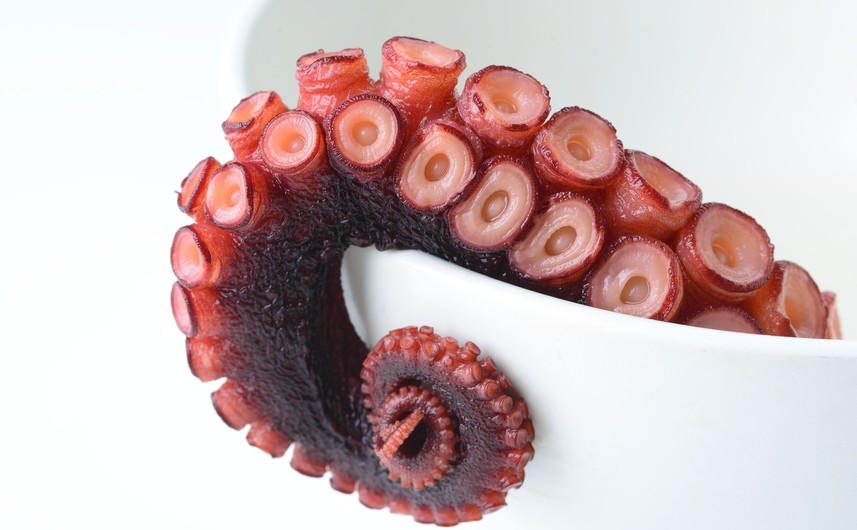 The United States seafood supply is a marvel to behold in its illogic. In spite of the fact that we control more ocean than any country on earth, more than 85 percent of the fish and shellfish we eat is imported. But drill down deeper and it gets even weirder. Here are 10 things that you may not know about the fish on your plate.

1. Some Alaska salmon make a round trip to China.

Because of the incredible cheapness of Chinese labor, it is more cost-effective for seafood companies to freeze the salmon they catch in Alaska, send it to China, defrost it, bone it, and send back to the United States. This is also true of a large amount of our squid and the “white fish” and “fake crab” rendered from Alaskan pollock.

2. A portion of the bay scallops we import from China originally came from Connecticut.

About half the bay scallops we consume come to us from Asia. But it’s fishier than that. In 1982, a Chinese seafood farming scientist came to Stonington, Connecticut and took 120 bay scallops back to Qindao. On the way, most of them died. But 26 survived. Those surviving scallops went on to become the genetic basis for a multimillion dollar industry, a portion of which is exported back to the United States.

3. The sixth most popular seafood in America is a fish that can breathe air and that you’ve probably never heard of.

The pangasius catfish is grown mostly in Vietnam and is primarily an export product. When its ponds get too low in oxygen because of overcrowding, the fish can stick its mouths above the surface of the water and take a breath of air. It is one of the few fish species that can do this.

4. Thailand, the largest producer of shrimp for export to the United States, has some serious problems.

In the last year, Thailand, which provides us with a huge quantity of shrimp every year, was struck by a new shrimp disease called Early Mortality Syndrome. It wiped out a billion dollars worth of shrimp. Then, last month, The Guardian revealed that a portion of the fish meal used to feed Thai shrimp is caught by vessels using slave labor.

5. The crab in crab cake isn’t necessarily from Maryland.

Because of overfishing, pollution and habitat destruction, the Chesapeake Bay does not produce as much crab as it once did. As a result the crab in crab cakes sometimes comes either from the Gulf of Mexico where there are large blue crab fisheries or from abroad, often from Asia.

Asian carp have now invaded much of the Mississippi basin and they are threatening to enter the Great Lakes watersheds. But it was actually American catfish farmers and wastewater treatment facilities that introduced them to America. Initially it was hoped that Asian carp would help control pests and eat algae, which they do. But they also eat a large portion of the aquatic food web and they have escaped beyond the sites of their initial stocking. (Note: They’re also edible.)

7. Mussels contain as much or more Omega-3 fatty acids than most fish but most are also imported.

Fish do not really make Omega-3s, micro-algae does. Fish only concentrate Omega-3s from what they eat, much in the way they concentrate toxins like PCBs and mercury. Because mussels live on microalgae they filter from the water, they contain high levels of Omega-3s–as much as canned tuna. Unfortunately more than 90 percent of the mussels we eat in the U.S. come from Canada and New Zealand.

8. A large portion of the wild seafood we import comes to us illegally.

Illegal, unreported, and unregulated (IUU) fishing accounts for a large portion of the global catch. A recent study in the journal Marine Policy found that as much as a 30 percent of the wild fish the U.S. imports comes to us illegally– i.e., it’s outside any management system whatsoever.

9. Most tuna consumed in the U.S. are imported and often caught with the aid of a controversial technique called “Floating Aggregating Devices.”

Most tuna live in open “blue” water with very little structure or shade and are therefore attracted to any kind of structure they come across. In nature this may be marine debris or rafts of sea grass. Recently, however, fishermen have figured out that anything thrown into the water will attract tuna in large numbers. These Floating Aggregating Devices, or FADs, draw in tuna from far away, and are often seen as skewing the dynamics of the ocean because they make these large, Pelagic fish such easy prey.

10. The U.S. exports as much salmon as it imports.

Much of the wild salmon caught in Alaska is exported. Meanwhile most of the salmon Americans eat is farmed and imported, mostly from Chile. Salmon are not native to Chile or to anywhere in the southern hemisphere and in some instances are considered an invasive species. But it’s not just wild salmon we export. Overall we send abroad about 3 billion pounds of mostly wild seafood every year, about a third of the total American Catch.