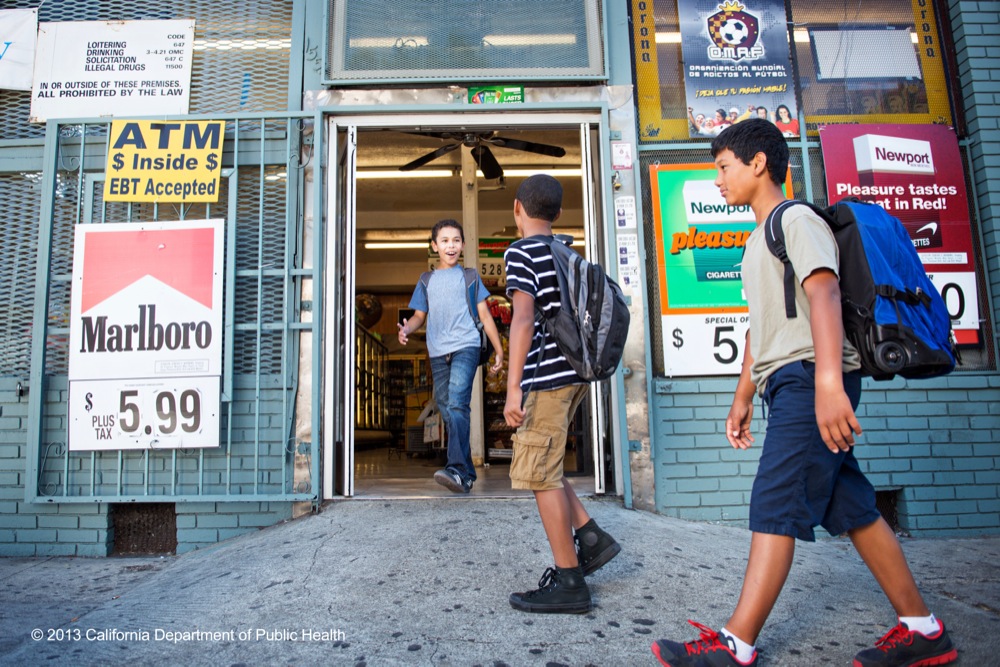 Despite its reputation as a Mecca of farmers markets and foodie culture, San Francisco is also home to quite a few people who lack access to good, whole food. In the low-income Bayview-Hunters Point neighborhood, for instance, residents have an 8- to 14-year decreased life expectancy compared to their neighbors in other parts of the city. This is due in large part to diet-related illnesses like diabetes, congestive heart failure, hypertension and other types of heart disease. In addition, nearly 42 percent of adults in San Francisco are overweight or obese, and only one-third of those adults eat three or more servings of fruit and vegetables each day.

As in most of the rest of the country, the problem is exacerbated by the fact that unhealthy food, beverages, alcohol, and tobacco products are disproportionately promoted in low-income neighborhoods or food “swamps”—areas with a lot of food but not much that is healthy.

Alarmed by the growing nutrition-related illnesses in their community and inspired by a 2006 city-wide summit on dietary disparities, a large group of Bayview residents, community-based organizations, city agencies and others formed a working group called Southeast Food Access Working Group (SEFA). The goal was to create a “vibrant and robust food system” for people living in Bayview-Hunters Point by improving food access and diets through awareness and education, and developing community gardens.

SEFA’s first priority was to improve healthy food and retail grocery options in the neighborhood. In 2007, its members conducted and released a survey of resident food preferences that clearly showed a strong demand for healthy retail options. They also found significant retail “leakage” of $38 million as more than half of the survey respondents frequently traveled outside the neighborhood to buy groceries.

With these results in hand, SEFA launched the Food Guardian Project to improve the food retail environment. Building on lessons learned from previous healthy retail efforts in the Bayview, the project now trains are residents to become food justice experts who act as community liaisons with local food retailers. One of the group’s key goals is to strengthen—not burden—local, independently owned businesses and help them with education, technical assistance, equipment, and funding.

Using data from an exhaustive neighborhood corner store assessment they conducted in 2011, the Food Guardians rated each store, and scored the results, with three apples being the highest rating. The results were disheartening: Of the 24 stores serving the neighborhood, only two stores earned two apples while the rest earned one or less.

In response, the Food Guardians approached each store about converting to a healthier model. They gained traction with the owners of three stores, where owners were excited about the opportunity to make healthful changes. The Food Guardians, together with, a design firm that specializes in revamping independent grocery stores, began working with one of the three, called Lee’s Food market on the first store “conversion.”

The changes in San Francisco aren’t happening in a vacuum. All over the nation, public and private efforts have joined forces to create the healthy corner store movement in the last decade.  Food advocates have begun to see corner stores owners — especially in low-income urban and rural communities — as key to improving the availability of healthy, affordable foods. From the Healthy Neighborhood Market Network in Los Angeles to The Food Trust’s Healthy Corner Store Initiative in Philadelphia, important change is afoot. 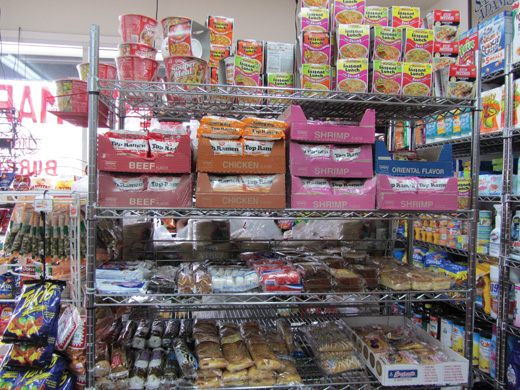 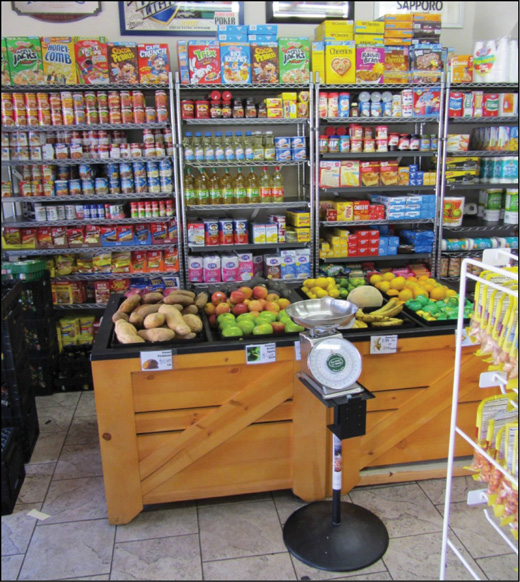 Lee’s Food Market was the first to participate in SEFA’s corner store conversion program. With loans and technical assistance, the store dramatically shifted its layout and product mix, as shown in these before and after photos. According to store owner Naif Jaber, “By offering healthier products, setting up our store in a more appealing way and removing most alcohol and tobacco advertising, we have seen real benefits. Our sales are up, and we no longer have as many problems on the sidewalk in front of our store.” Photos courtesy of San Francisco Department of Public Health.

The 2012 redesign of Lee’s, created a store that was more cost- and space-efficient and required no major structural changes to provide more space for fresh produce and healthier items. The conversion was an investment by both the store owner and SEFA and affiliated community groups. Through grant money, the store bought and financed new equipment like shelving and refrigerators. The city’s wholesale produce market ensured that fresh produce was available at a reasonable price. The Food Guardians conducted pre- and post-conversion customer surveys, worked with the store owner on a marketing plan and organized Lee’s grand reopening community event in January 2013.

The store’s owner, Naif Jaber, saw the conversion as a success. The store sells around 75 individual fruits and vegetables a day—a big change for a store that carried no produce before the redesign.

Jaber said: “I am delighted to be one of the first stores in the San Francisco to undergo this renovation. We are longtime members of this community and we want to support the health and safety of our customers and our neighbors. By offering healthier products, setting up our store in a more appealing way and removing most alcohol and tobacco advertising, we have seen real benefits. Our sales are up and we no longer have as many problems on the sidewalk in front of our store.”

The success of Lee’s encouraged the two other stores to move ahead with their own conversions, and all three owners are happy with the changes.

Community activists in San Francisco’s Tenderloin neighborhood–another food swamp with more than 70 corner stores but no full-service market–observed what was happening in Bayview-Hunters Point and decided to take similar steps. They formed the Tenderloin Healthy Corner Store Coalition (THCSC) and, following SEFA’s model, assessed 53 stores. THCSC provided feedback to the owners and is now in the midst of transforming their first market.

The grassroots activism in these two neighborhoods has also led to institutional change within San Francisco’s city government. Recognizing that city agencies could help support these neighborhood efforts, Supervisor Eric Mar introduced legislation in 2013 that created the Healthy Retail SF pilot initiative, in conjunction with Mayor Edwin Lee’s office and the Department of Public Health.

Through partnerships with neighborhood and health advocacy groups, Healthy Retail SF and its partner programs are building on lessons learned from past efforts to provide incentives and technical support to participating stores—from rebranding to new awnings. Also, small-business consultants will provide one-on-one technical assistance to ensure a healthy transition in participants’ business models to include healthy food options.

This is an exciting moment for small grocery stores in San Francisco. Significant change is possible on the business side, to help stores shift their business model, and the community engagement side, to create demand, raise awareness and strengthen community. By institutionalizing support for these healthy food retail initiatives within a city agency, San Francisco has a unique opportunity to change the landscape of many of its under-served communities.

Some challenges remain. These groups need long-term funding streams, evaluation systems to capture outcomes and guide next steps, and economically sustainable distribution systems. But if these challenges can be overcome, San Francisco may become a model for other cities looking to give more people access to healthy, fresh, sustainable and affordable food.

This article is adapted from a version published in May 2014 issue of SPUR’s magazine, The Urbanist.