Food Trucks, Moving Companies Get in on Food Waste Reduction 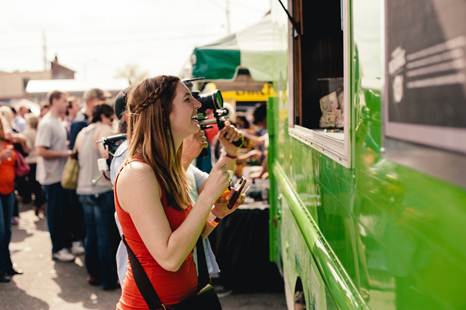 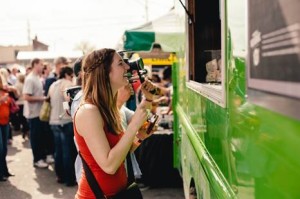 Whether its canned goods or pantry items, most people leave food behind when they move. As one whose family ran a moving company, Adam Lowry saw pounds of food go to waste. Until one day, he had an idea.

“We figured we’d just ask people,” recalls the founder and executive director of Move for Hunger, a hunger relief organization that works with relocation. “In the first month we collected 300 pounds of food.”

Today, Move for Hunger partners with 600 moving companies in 40 states. It’s a simple idea that has diverted nearly 3 million pounds of food away from landfills and into food banks.

Who Has Time to Get to the Food Bank? 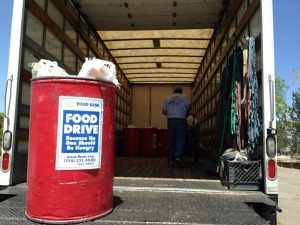 The average American throws away 20 pounds of food every month at home (enough to provide about 16 meals to people in need). But a growing number of projects are putting a dent in residential food waste, which is only one point of waste in a food system that sees 40 percent of its edible food uneaten year. And many share a similar goal: making it easier for people to donate.

While offices and corporations are targeted for food donations by non-profits because they’re large, want tax benefits, and can predict when and where they might have extra food to give, most individuals have to opt in of their own volition.

There have been a number of creative solutions to helping people cut down on food waste in the last decade. Slowly, consumers are becoming aware that our tossed cans of beans add up to a much larger problem when seen collectively. But when it’s just a few cans of beans at stake, who has time or energy to get them to the food bank? While many food banks will pick up donations of a sufficient size, their own resources are limited. Then there’s also the issue of liability.

Nancy Hahn, Director of Operations at the San Francisco-based food recover nonprofit Food Runners says liability is often what keeps her volunteers from picking up food from individuals. While the Good Samaritan Food Donation Act exempts donors who give food that harbors foodborne illnesses, there are few laws governing a volunteer’s conduct or a non-profit’s liability if something happened to that volunteer.

“In very rare cases we’ll get a call from someone who wants to donate, but doesn’t have transportation to get it to their local food bank,” Hahn said. “In that case, one of the other paid employees or I will try to go and pick it up personally.”

In other words, there is a niche that needed to be filled. And that’s where projects like Move for Hunger enter the picture. The organization is ahead of the game because the movers with whom they work are already being invited into donors’ homes and they are usually insured against potential liabilities.

Not Your Average Hipster Food Truck

Earlier this year, Minnesota-based Finnegan’s Beer Company responded to the lack of options for individual food donors by launching what they’re calling a “reverse food truck.” Rather than providing food or beverages, Finnegan’s truck is travelling across the state collecting donations, food, and household items for people in need. The motto is: “We Don’t make food. We take food.”

It was a natural fit for Finnegan’s, which bills itself as “the charitable beer company” and already donates 100 percent of its profits to hunger alleviation charities. When Jacquie Berglund, founder and CEO, heard an employee suggest a reverse food truck during an advertising meeting, she loved the idea. “I told them within the week I was going to buy a food truck,” she said. The seed was planted in December 2013 and by March 2014, they were on the road.

Those who live in Minnesota will be able to find the Finnegan’s truck at summer festivals and events–and even some company picnics. The company’s goal is to collect 50,000 pounds of food by October–before winter, so the truck doesn’t have to navigate Minnesota snow. Although the reverse food truck has only collected around 7,000 pounds of food to-date, the idea has struck a cord with a number of other nonprofits that want to replicate the idea. Berglund has received emails from organizations around the country asking how they could go about getting a truck of their own.

In the case of both projects, the food itself is better than one might expect. “When we started one of our chief concerns was that people would just be throwing away the things they didn’t want any more but that hasn’t been the case,” said Lowry of Move for Hunger. In most cases, he says “When you’re approached to donate something for someone less fortunate, you don’t have a lot of junk; you have good food because that’s what you buy for yourself.”