Organic Checkoff: Is it What’s for Dinner? 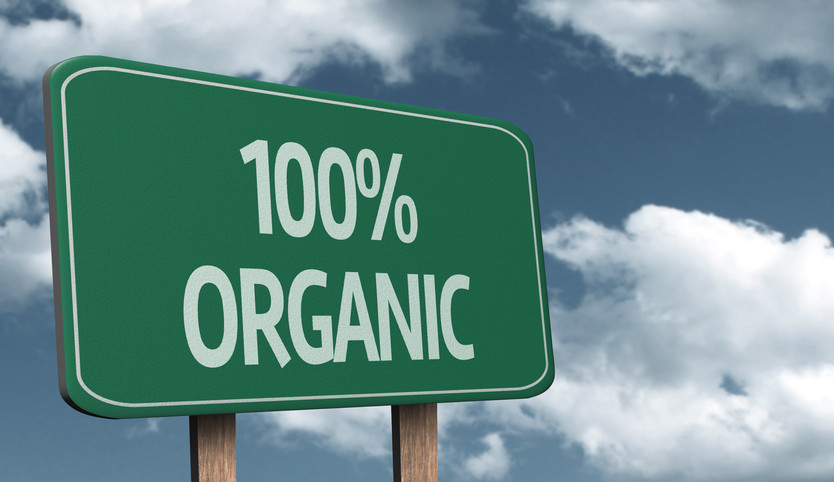 Update: On May 12, 2015, the Organic Trade Association moved forward to “begin steps to conduct a vote on and implement a research and promotion check-off program for the organic industry.”

Imagine an ad campaign for organic food as ubiquitous as “Got Milk?,” “Pork. The Other White Meat,” and “Beef: It’s What’s for Dinner.” That’s the idea behind a proposed federal program that would collect money from organic producers and put it in a single pot for promotion and industry research for the whole organics sector.

These famous campaigns were all bankrolled by commodity checkoff programs or “checkoffs.” The idea is that all the producers of say, beef, pay a percentage of what they earn, and those dollars go into a U.S. Department of Agriculture (USDA) program that shapes (and pays for) the research and promotion of beef in a general “it’s what’s for dinner” kind of way.

Organic producers have long had to pay into the general checkoff programs, even if advertising beef or milk generically felt counter to their business models, let alone their ethics. But that’s about to change. The newly passed 2014 Farm Bill allows for organic producers to opt out of conventional checkoffs and–here’s where it gets controversial–it also allows the organic industry to create its own checkoff program if there’s enough interest in doing so.

Would one unified fund representing all organic foods, essentially treating organics like a commodity, be a good thing? That depends entirely on who you ask.

As Laura Batcha, Executive Director at the Organic Trade Association (OTA) sees it, an organic checkoff program could mean progress at a time when organic may be a household word, but the products still don’t have a significant toe-hold in the larger market.

“While the organic industry itself is growing at a consistent rate, the conversion of acreage hasn’t kept up with the market growth,” says Batcha. She points to the fact that while organics make up around 4 percent of what we eat, only 1 percent of U.S. farmland is farmed using organic practices.

“That has resulted in increasing supply challenges, which is something we hear about from everyone. There’s not enough livestock feed, or agricultural ingredients for products,” she adds. To make up the difference, we rely heavily on imports. Checkoff dollars, she says, could provide funding for research into organic practices and tools that could help a significant number of farmers transition their land away from conventional farming and toward organic practices.

According to Batcha, “about one third of shoppers have been buying organic for less than two years.” As she sees it, this steady stream of new folks entering the market needs to be educated about how organics stand apart from other products.

Indeed, a recent Consumer Reports study supports her point. It found that 60 percent of shoppers look for the term “natural.” Two-thirds of the same respondents said they believed “natural” food had no pesticides, or genetically modified organisms (GMOs)–a fact that some take to mean organic has been simultaneously misunderstood and downplayed in the marketplace for so long, it may be losing ground.

So the OTA has been “facilitating an industry decision” on the creation of the checkoff. They’ve also created a website called UnitedforMoreOrganic.com with more information for the public. Although the organization would turn the reins over to a newly appointed board of directors if and when a checkoff program is created, the organization, which boasts 6,500 certified organic farmers, handlers, manufacturers, distributors, and retailers among its membership, does stand to benefit from a growth in the industry.

A document called “Why a Research and Promotion Check-off Program?” on the OTA website cites ad campaigns such as “Got Milk?” and says a similar push would “require an investment of $10M annually in outreach spending” with a “goal of increasing consumer consumption of organic products by 5 percent per year ($500M per year increase based on $10B consumer level sales).”

With so much money at stake, some food and farming advocates are questioning the value of an organic checkoff as the best way forward for the industry. For one, checkoffs have a bad reputation among most farmers, and particularly organic ones.

“There is no checkoff program that has ever increased farm numbers in the U.S.,” says John Bobbe Executive Director of Organic Farmer’s Agency for Relationship Marketing (OFARM), a cooperative that joins organic grain, bean, and livestock producers across the Midwest. “Checkoffs were supposed to increase demand and that was supposed to be good for farmers, but the money never flows downhill.”

Instead, Bobbe says, most of the decisions in traditional checkoffs are made by a small number of board members and a great deal of the money goes to the USDA. “The executive director for the national dairy board [funded by the checkoff program] gets hundreds of thousand of dollars a year,” he points out.

Then there’s the fact that checkoff dollars can’t go to disparage other foods, which puts organic producers in a bind. “Farmers should be able to say organic is healthier and safer than other foods,” says Bobbe.

In the preliminary proposal OTA has drawn up, nine of the 17 board positions are reserved for farmers and other direct producers, but only one of those is for a small producer, by definition one who grosses less than $250,000 a year. Small producers would also be exempt from having to pay in to the fund, unless they wanted to have to have a vote, in which case they’d only pay $100, where as other members would pay based on a percentage.

Batcha at OTA says this structure was created in response to concerns the group heard about mandatory checkoff fees placing a burden on small producers. But Bobbe says the lack of board representation for small producers is a concern. “It would eliminate 80 percent of the organic producers out there,” he says. “And the growth of organic has come from small to mid-sized operators.”

The consumer advocacy group Food & Water Watch (FWW) has expresses similar concerns about the role small producers will play if an organic checkoff comes to be. Patty Lovera, the group’s assistant director, voices her opposition on the group’s website, echoing the work the group has done to reveal the consolidation within the organics industry in recent years. In the piece she points to the top 10 organic food processing companies, writing:

Just like other commodity markets, every link of the organic food chain—purchasing, processing, distribution and retail—is increasingly dominated by a small number of large players. In organic, this includes conventional food companies like General Mills, Kraft and Cargill, which are now marketing organic foods.

The way checkoffs for other commodities work is that farmers pay into the fund but large food companies are largely in control of decisions on how to spend the money. So it’s understandable that many organic farmers are wary of such an arrangement where their dollars are being controlled by giant food processing companies.

As FWW has documented over the years, corporate control of the food system can also be bad for consumers, who lose the ability to choose foods that reflect their values when just a few large companies dominate a single industry. Such has been the case with meat production, the vast majority (PDF) of which now come from factory farms, thanks to control by a handful of companies.

Ed Maltby, a farmer and director of the Northeast Organic Dairy Producers Alliance also worries that a checkoff won’t be quick or efficient enough. “This whole process would probably take three years,” says Maltby. “But if farmers were in control, research and promotion coul be done efficiently and quickly–to get it out into the marketplace within six months.”

He points to a program called Farmers Advocating for Organics through the Organic Valley cooperative that allows farmers to pool a portion of their incomes to provide research grants and promotion, similar to a checkoff. “The [Organic Valley program] make grants to farmers, and there’s no overhead charge. It’d be very easy to take it to scale and incorporate some other commodities–without the involvement of the USDA,” says Malby.

But some farmers and organic business owners are holding out for the possibility that an organic checkoff could break the mold.

Can Organic All Come Together Now?

“I think it’s a good idea to at least have this discussion,” says Marty Mesh a farmer who directs the nonprofit Florida Organic Growers, and sits on the OTA steering committee focused on creating the checkoff. But even he acknowledges that the “historical baggage of poorly run and dysfunctional [checkoffs] has served to taint the whole concept for some people.”

The past hasn’t soured Mesh on the idea, however. “When you look at the promise of organic agriculture–for the sake of farmers and farmworkers not being exposed to pesticides, for the sake of the environment, biodiversity, and carbon sequestration, for the sake of people not consuming pesticides, and less reliance on genetic engineering. For all this promise, it’s still only 1 percent of our farming! So I believe we need a megaphone,” he says.

Steve Crider, the liaison for government and industry affairs for Amy’s Kitchen, says the company is “in support of the process to investigate the possibility of an organic checkoff program” but they’re reserving judgment as the process plays out. Crider has been present at several of the OTA’s town hall meetings and presentations about the proposed program. For businesses the size of Amy’s, he sees the question as: “How do we create a fair mechanism to tax ourselves in supporting this but in a way that doesn’t hurt farmers or raise the cost to consumers?”

In Crider’s eyes, the checkoff is far from a done deal. “We were a strong supporter of asking USDA to help adjust the laws around checkoffs so that we can begin this process to consider it,” he says. “Now we move on to the much harder work. And the devil will be in the details, as to what [Amy’s] can support or not.

In the end, the question seems to be about whether an industry made up of both tiny, values-driven farms and large processors, distributors, and retailers can ever come together to speak with one unified voice. Or whether they should even be expected to.

Farmers like Bobbe and Malby would prefer to see parts of the sector take their checkoff dollars and use them within their own industry vertical (so that dairy farmers stick together, for instance), rather than compete for the same pot of money. As Bobbe puts it: “This sets it up to divide the organic community.” But the OTA see a checkoff as a vital to leveling the playing field with conventional food.

“Organic shouldn’t be discriminated against in having access to tools the USDA provides to build other agricultural sectors,” says Batcha. “Not all checkoffs are alike. And the framework is flexible enough that organic can do it in a way that is unique to its own value systems. I really believe that.”