All the News That’s Fit to Eat: ‘Natural’ Food, Prison Labor, and Protecting the Ocean 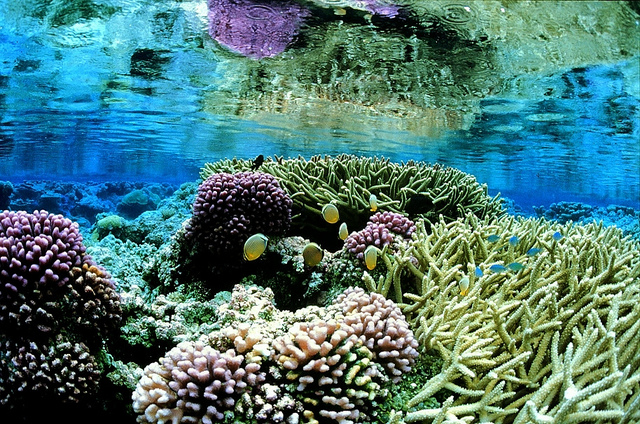 Too busy watching the World Cup to catch up on food news? We’ve got your back this week.

A bill that would require the labeling of foods made with genetically modified organisms (GMOs) was making its way through the New York State legislature. The Consumer Protection Committee approved the bill to move to the floor, but thus far a vote hasn’t been scheduled–bad timing for the bill’s supporters, as New York’s legislative session is over. And, as of today, it looks like the bill is buried for now. Lobbyists from groups like Coca Cola, Kraft, and the Farm Bureau already spent hundreds of thousands of dollars to fight the bill in New York before it’s signed into law, outspending their opponents by a margin of 7 to 1. These groups claim that GMO labels are “akin to a skull and crossbones,” ignoring the signs that most consumers support such labels and want to know whether the foods they eat contain GMOs.

GMO-labeling efforts are gaining traction across the country, but states are still seeing significant blowback from industry groups. Vermont recently became the first state to pass its own GMO-labeling law and the Grocery Manufacturers Association is now suing the state in an attempt to overturn the legislation. (Some food retailers, like Ben and Jerry’s, are moving in the opposite direction and proactively removing GMOs from their products.) California’s efforts to require GMO labeling have now been twice defeated by Big Food lobbyists.

President Obama expanded the Pacific Remote Islands Marine National Monument in a move that could double the geographic area of protected oceans across the globe. The Monument, which was originally created under the Bush administration, covers much of the waters between Hawaii and American Samoa. Obama has the option to extend that coverage even further, from 50 to 200 nautical miles from the coast of the islands. While Obama has yet to determine the final boundaries for the expansion, many environmentalists see his efforts as a proactive step to protecting our oceans from increased pollution and acidification. The move may also protect tuna populations from overfishing and create new protections for threatened fish and mammal species.

A new survey by Consumer Reports found that there is much confusion about what the word “natural” actually means when it comes to food labels. Two-thirds of those surveyed said they think “natural” means that a product contains no pesticides, artificial ingredients, or GMOs and that artificial materials aren’t added to a product during processing. Over half of respondents also claimed that they explicitly look for the “natural” label when grocery shopping.

This all sounds good, except that the word “natural” carries little to no actual meaning when it comes to food labels. The Federal Food, Drug, and Cosmetic Act of 1993 gently suggests that foods be labeled “natural” only if “nothing artificial or synthetic…has been included in, or has been added to, a food that would not normally be expected to be in the food.” Unfortunately, this relatively toothless rule doesn’t clarify, for example, whether GMOs are considered artificial or synthetic. USDA’s regulation of “natural” meat, poultry, and eggs is similarly limited, and the Department simply stipulates that these products must be “minimally processed and contain no artificial ingredients.”

All this consumer and regulatory confusion means big bucks for the food industry. “Natural” food racked up nearly $43 billion in sales in 2013, compared to just $8.9 billion for organic foods.

As demand for food from small-scale producers continues to grow, many businesses struggle to keep pace. From goat cheese makers to tilapia farmers, food entrepreneurs are turning to corrections facilities to find workers to help their businesses scale up. The unexpected partnership allows small businesses to thrive in a blossoming artisanal food economy and helps inmates develop skills in food production while saving money for life after incarceration. Prison labor has a long history of exploitation, as workers make extremely low wages and are not guaranteed workplace protections. The influx of demand for inmate workers from smaller businesses might curb such exploitation, as in the example of Colorado Corrections Industries who turns away companies “that simply want cheap labor.”

5. It’s National Pollinator Week, But What Does that Mean for Bees?

National Pollinator Week is this week, but many environmental groups remain skeptical as USDA and EPA have yet to make any meaningful effort to protect bee populations in the U.S. USDA’s planned activities to promote the occasion are nice gestures, including a pollinator webcam, farmers’ market, and beekeeping demonstrations, but without any substantive regulatory changes, it seems like National Pollinator Week is nothing but buzz.

Did we miss any other big stories this week? Tell us about them in the comments below.