‘The Sugar Season’: A Bittersweet Tale of Maple Syrup and Climate Change 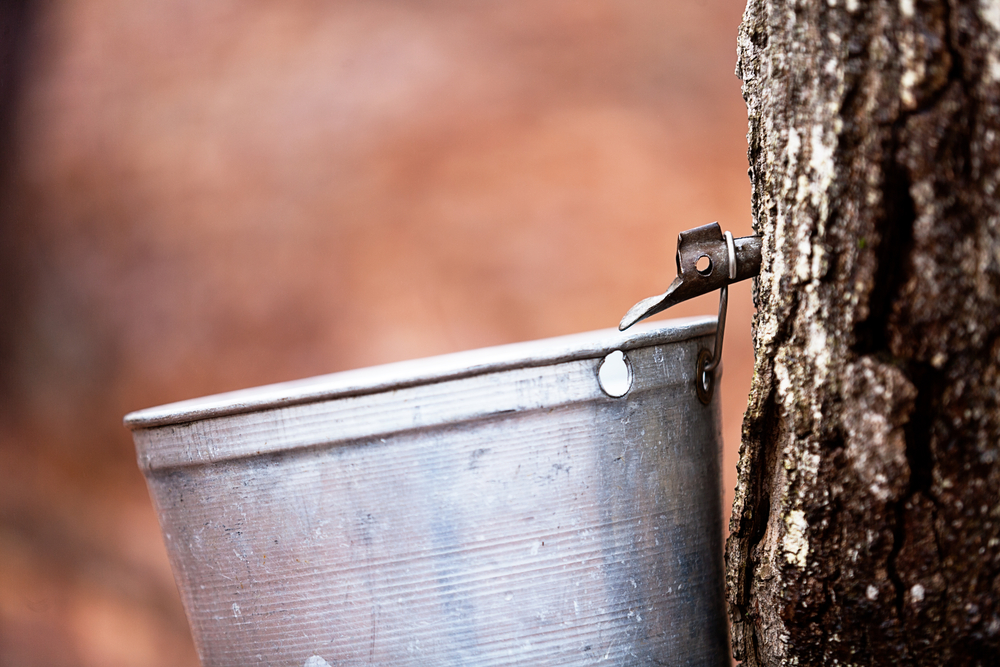 The U.S. maple syrup season ended around Easter this year, making it short and sweet. A long, cold winter in New England prohibited the right combination of freeze and thaw that maple trees need to let their sap flow until March; even when they did flow, they were off to a slow start.

Most producers made anywhere from 50-80 percent as much syrup as they do in an average year, but these days, with climate change, nothing is predictable. I know these things not because I am, by any means, an expert on “sugaring,” or syrup making. I’ve actually never seen a tapped maple tree, or visited a sugarhouse during maple season, but I have always had a fascination with what goes into a jar of maple syrup. 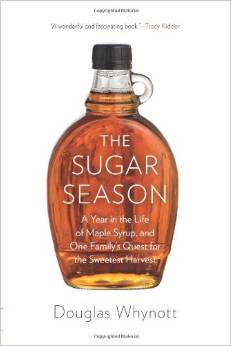 Which is why I jumped at the chance to read Douglas Whynott’s new book, The Sugar Season, A Year in the life of Maple Syrup and One Family’s Quest for the Sweetest Harvest. As a writing professor and Fulbright scholar with four other books under his belt, Whynott has experience immersing himself in his subject matter–from commercial migratory beekeeping to a bluefin tuna fishing, to wooden boatbuilding and a rural veterinary practice. He is a master of observation and description, who combines just the right amount of romanticism and humor with research and facts.

The Sugar Season encompasses a number of issues through the lens of one maple season in Acworth, New Hampshire. This is where Bascom’s Maple Farm is located, and where owner, Bruce Bascom, opened the door for Whynott to dive deep into the maple syrup industry. Ambition, risk-taking and growth of a business, the challenges of supply and demand, distribution and cost of goods, a global surplus issue–Whynott touches on all of these largescale topics at length.

Starting on page one, the reader is thrown head first into the nitty-gritty with seasonal statistics, tubing counts, sugar percentages and equipment descriptions. Whynott continues like this, immersing the reader in an intricate, information-packed story.

There is also a whole lot of drama and international intrigue. There are imitations, theft and arson. There are family feuds, labor division issues and sexism. In Chapter 7, we start really knowing the Bascom family and the way Bruce’s childhood had an effect on his business today. As farm kids, all four Bascom children were expected to work very hard without much appreciation. But for the two girls, Judy and Nancy, their upbringing had different implications for the future. Whynott writes:

But the book also looks at the richness within life as a maple farmer: the multigenerational traditions and history, the community building and friendships, and the beauty of the forest and ecological respect for the tree. Any maple farmer also has to be a tree expert. And many of them hold a deep connection to the natural world around them, which also happens to hold their livelihood. Peter Rhodes is another maple farmer that Whynott visited:

These thematic threads weave in and out of the book, illustrating a complex industry, not to mention the delicious result and reason for all of it: pure maple syrup.

As I read I felt connected to the people, the business, and the author. Even despite the seemingly excessive level of detail, I looked forward to uncovering more. The details drew me in, they wove a tapestry, and gave meaning to subject matter that I had little understanding of before.

But in the end, The Sugar Season is a story about climate change. Whynott cited a case study which was part of the New England Regional Assessment and delivered some alarming news. He writes:

The researchers looked at historical trends and stresses from changes in climate. They concluded that the industry is moving northward, that in the past, some regions of Canada were unproductive because of deep snow cover and prolonged freezes.

The report, written by Barry Rock, went on to say:

Most disturbing are the results of ecological modeling efforts that show the changes in climate could potentially extirpate [i.e. destroy] the sugar maple within New England. The maple industry is an important part of New England character, way-of-life, and economy that, because it is highly dependent upon prevailing climactic conditions, may be irreparably altered under a changing climate.

It so happened that the year in which Whynott tracked the Bascom Maple Farm perfectly exemplified this trend. He writes:

Bruce Bascom said that 2012 was “the worst sugaring season I’ve ever seen.” At his farm, they were finished collecting sap by March 20th, which is a date when they were normally just getting started. He says:

The season basically lasted ten days. I don’t know anybody who has documented a sugar season that’s as bad. It got up to seventy and eighty degrees for almost three weeks. In the middle of March the tadpoles were out in the pond in front of the sugarhouse. They don’t usually come out until the fifteenth to the twentieth of April, but this time they were out on the twentieth of March. And then we had that real cold spell, and it did them all in.

If you read the news, you know that climate change is real, and most aspects of agriculture have been impacted. All over the world things are changing. Wine regions are shifting, coffee is being grown in California and there are green beans at my local farmers’ market in the end of April. But The Sugar Season serves as a thorough, hard-hitting example of the ripple effect climate change and pollution can and will have. In a lyrical conclusion, Whynott reflects, “Maybe the maple syrup industry can speak for the rest of the country, to the rest of the country, for it is a bellwether, this earliest of agricultural traditions, the first to be taught to settlers by Native Americans, this pursuit that relies on sensitive fluctuations in temperature, as the sun advances north and the trees freeze by night.”