Can Drones Expose Factory Farms? This Journalist Hopes So. 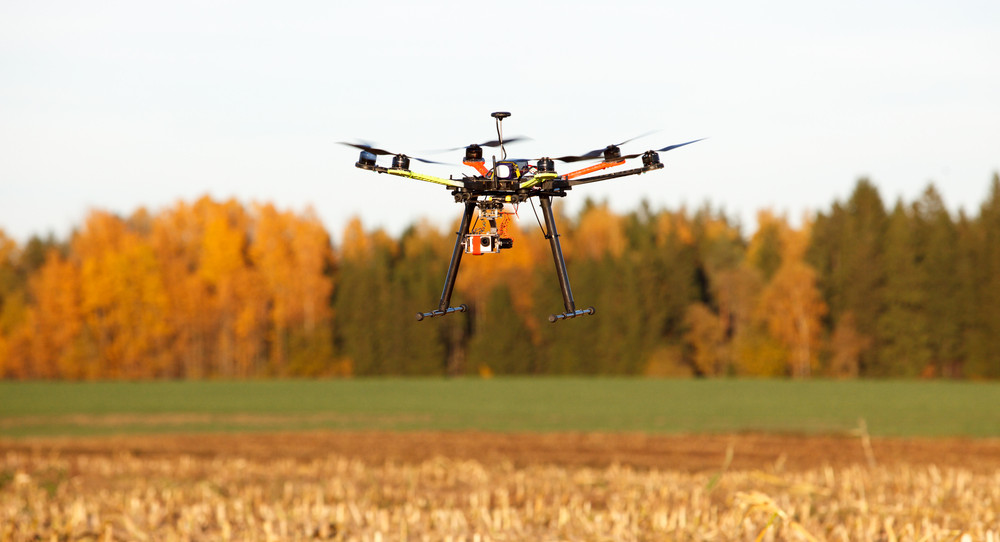 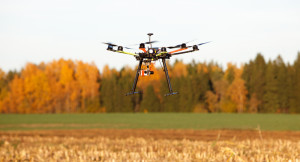 When Mishka Henner’s infamous feedlot photos made the internet rounds last year, they caught most viewers off guard. Filled with what looked like colorful pools of ink, smeared across beige canvasses, their captions made it clear that the black flea-sized dots in the photos were in fact cows, and the “ink” was liquid manure collecting alongside giant feedlots or concentrated animal feeding operations (CAFOs).

When Will Potter, the author, TED fellow, and journalist behind the blog Green Is The New Red, saw the images, he didn’t just feel nauseous, shake his head, and click on something else. He wondered, what else could we learn about CAFOs by documenting them from above? This month, Potter started fundraising for a journalism project called Drone on the Farm, which will use unmanned drones to fly over and document large factory animal farms. Just one week in, he has already exceeded his initial goal of $30,000. On Friday, he told his followers he was “working around the clock with photographers and journalists in multiple countries to craft a plan for expanding the project.” 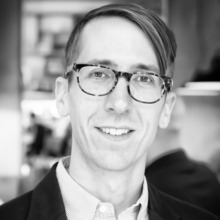 For the last several years, Potter has been documenting so-called ag-gag laws, which give large farms the right to press charges against those who document their practices. The goal is to scare animal rights activists, who have been filming the mistreatment of animals from the inside for years. And they often come with harsh penalties; in some cases, exposing cruelty can lead to more jail time than committing it.

These anti-whistleblower laws have been proposed in 25 states, and passed in nine. Just last spring, Potter reported on the first ag-gag arrest. Now, he’s looking to expand the conversation beyond animal cruelty.

Unlike Henner’s hideously gorgeous photos, which were taken by satellite and capture animal agriculture at a grand scale, Potter’s will likely aim closer to earth. “I think undercover investigators have done a heroic job of documenting again and again what happens on factory farms behind closed doors. But what’s been absent from the discussion is how farms and industrial operations also impact surrounding communities and the environment,” Potter said over the phone last week.

With the funds he raises, Potter plans to travel to multiple states (especially those where ag-gag laws have taken effect or will soon take effect), take aerial photographs and videos, and create a short documentary. He also hopes the information will “contribute to public debate about ‘ag-gag’ laws internationally” (such as in Australia, where similar laws have been proposed), and he plans to “brief media and policymakers” about what he finds.

While Potter added a disclaimer on his Kickstarter page, saying, “I cannot make any guarantee of what I will be able to document,” the odds that he’ll break new ground are quite high. In fact, public information about these farms is so rare, it would almost be hard not to uncover something the public doesn’t know.

You see, the U.S. Environmental Protection Agency doesn’t collect data on large livestock operations. A proposed rule published in 2011 would have required CAFO owners to report information as basic as the location of the CAFO’s production area, and the number and type of animals. But the rule stalled out the following year and despite lawsuits from environmental groups, the agency shows no sign of planning to collect the data anytime soon, let alone regulate the farms. According to Food and Water Watch, one of the plaintiffs: “By bailing on the [the CAFO reporting rule], the EPA maintains the status quo of not even knowing how many CAFOs there are in the United States.” [Emphasis ours.]

So nearly anything Potter learns about the scale of existing operations, and how they might be impacting the surrounding waterways, could break new ground. And not a minute too soon, says Potter. “Ag-gag bills are just one piece in a much bigger trend of the agriculture industry and to shut down access to information. But, if anything, the overwhelming public interest in this issue shows that we need more access right now–not less.”

The journalist is also aware of the controversial nature of working with drones. “We know that some types of drones kill people around the world,” he says. “But in a lot of ways, that’s what appealed to me about this project. It shows that the technology is not inherently skewed toward that type of use.” Because these remote-control aircraft are increasingly accessible and affordable, he adds, “It’s time to turn the technology on its head.”