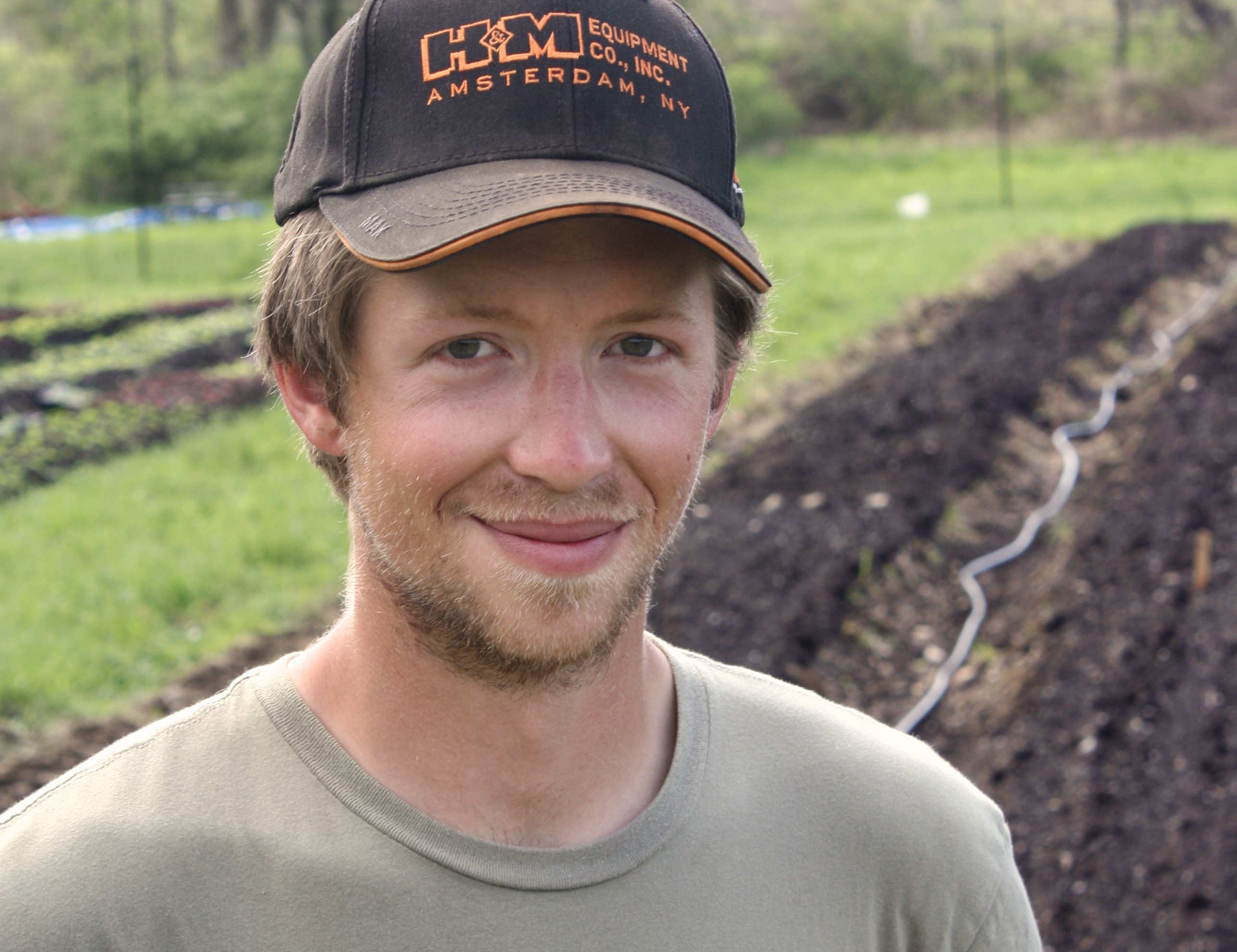 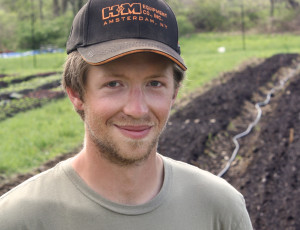 Last week he made his first sale, 1,000 pounds of pea tendrils destined for kitchens in Brooklyn’s Williamsburg neighborhood, via the curated community supported agriculture (CSA) company Quinciple. The sale was a relief for Dennis and proof that his fledgling effort to reform an “unsustainable” food system could compete with established operations in the Hudson Valley. But more than cash flow, it was validation.

Alewife Farm–named for the migratory herring native to the areas waters–sprawls over 40 rugged acres. A suspension-crushing dirt road leads past several stadium-sized meadows to a brook bisected by property lines. The brook provides irrigation to three acres of vegetables and drinking water to the farmers.

This patch of real estate was the culmination of months of research and dozens of visits with realtors. Soil, water, location, price. The checklist of criteria is dizzying.

“It’s pretty unusual for farmers to be able to be choosy about the land they’re on, but this was perfect in a lot of ways,” says Dennis. 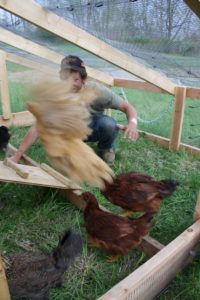 Tyler Dennis at his farm.

Dennis signed the lease with financial backing from a former hedge fund manager he befriended while working at the Stone Barns Center for Food & Agriculture.  Tyler’s colleague owns the land; the farm rents it. Their partnership is mutually beneficial: Alewife shrinks its overhead costs, while the land owner supports local agriculture and can get his hands dirty without managerial responsibility.

So far, the arrangement works. Hearing these business partners discuss their venture feels like a glimpse into the future of agriculture, particularly for young farmers trying to enter the game in an era when real estate costs have outpaced food costs by a significant margin. But Dennis is quick to point out a few key qualifications. The most important: autonomy.

“Alewife Farm LLC is owned entirely by me. [The land owner] has no managerial stake in the farm business. That’s crucial,” he explains.

Collaborations between young farmers and land-owners are common in major metropolitan areas, but they usually come with caveats. Often, the landowner has final say over decisions best left to the people doing the farming: what to grow, what to buy, and (most commonly) how the farm should look.

“It’s dysfunctional because the farmers in those situations are financially disempowered. They’re not really farming on their own,” Dennis argues.

He sees this as a challenge for his generation. How can a first-timer convince someone to yield absolute control over their land and (often) money? It’s not impossible, with organizations like the Columbia Land Conservancy offering matchmaking services between parties. Still, he admits, “I got really lucky.” 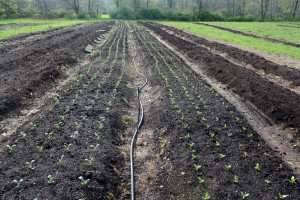 Dennis graduated from college in 2011 with a degree in Film Studies and no sense that he might own a farm a few years later. A fortuitous series of accidents lead to a farmstay on an organic olive farm in the bountiful Provence region of France. After three months of wine and olives, he started looking for ways to continue farming in the United States.

Stone Barns, a mecca for sustainable agriculture just north of Manhattan, was a natural fit. “I was there doing physical work and it was great. I was outside, eating amazing food, hanging out with people I really liked,” he recalls. Halfway through his first apprenticeship, Dennis was convinced.

“I realized [farming] was what I wanted to do and I saw an opportunity to do it in the way I wanted.” Shortly after, he started the project that would become Alewife Farm.

Not that it came together so easily. Dennis estimates that he’s invested just over $100,000 in his farm, cobbled together in “every way you can finance a farm.” From foam insulation for a walk-in cooler, to bird-proof netting and used tractors financed by bank loans, farms have staggering upfront costs.

He advises young farmers to prepare by working or apprenticing on for-profit farms, in addition to organizations like Stone Barns and nearby Glynwood Farm (which run primarily on donations, not sales). Non-profit farms are an exceptional way to learn to grow vegetables, but simply “can’t teach much about marketing or decision-making on a for-profit farm.”

So Dennis has been balancing the budget on his own farm, using Google for research and some knowledgeable friends to guide him.

“I’m far from profitability right now,” he allows, but he’s already selling to buyers around the region, most notably the restaurant attached to the Stone Barns farm, Blue Hill at Stone Barns, Chef Dan Barber’s shrine to über-local ingredients.

And more sales, more markets, more pea shoots are on the way; part of the daily grind of a young farmer trying to change the food system.

It’s a stressful, arduous task. Or as he puts it, “the best job in the world.”