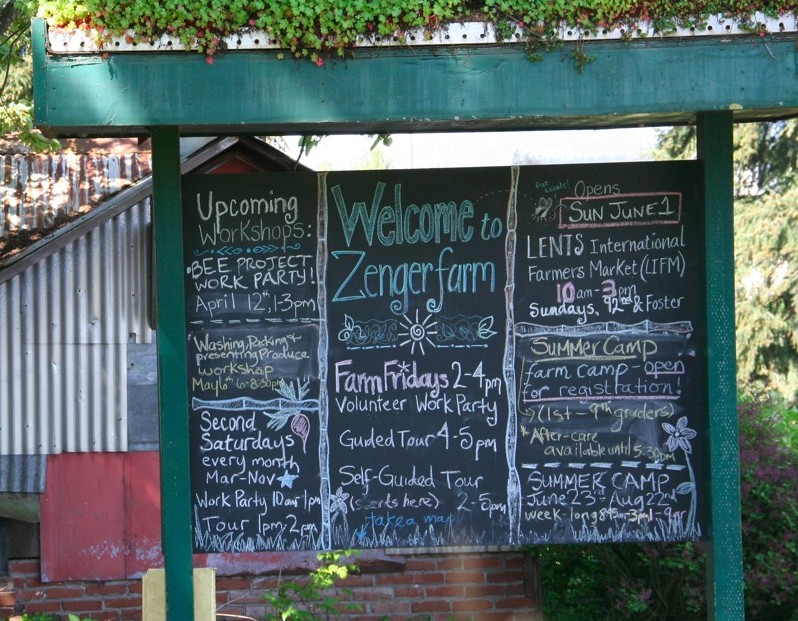 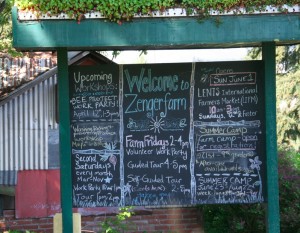 To get to Zenger Farm in the outer reaches of Southeast Portland, Oregon, you must pass mini-marts, gas stations, auto repair shops, a strip club, and several busy lanes of traffic. This isn’t the Portlandia that most people know.

The nearby Lents neighborhood, nicknamed “Felony Flats,” is a gritty area with no Main Street to speak of, fewer resources, and higher unemployment rates than most of Portland. And although the city has been working to revitalize the area, rebuilding streets and adding bike lanes, the results have been slow and subtle.

Spanning over nine acres, Zenger Farm is a green oasis in this kingdom of asphalt. Once an operational dairy farm, the land was purchased in 1994 by the City of Portland

and brought back to its original farming capacity in the late 1990s. It quickly became a hub for community and educational events, and in 1999 Friends of Zenger Farm was incorporated as a non-profit farm and wetland dedicated to promoting sustainable food systems.

Today it’s a thriving urban farm that employs 11 people year-round and several more during the spring and summer growing season. But it’s also more than that. Zenger hosts the Lents International Farmers’ Market, which attracts around 900 shoppers to the area every Sunday. The farm is also an outdoor classroom and community hub; it’s a place where people come to learn, share, and live.

Zenger is also known as one of the nation’s first farms to accept “food stamps” or Supplemental Nutrition Assistance Program (SNAP) benefits for its community supported agriculture program (CSA) in 2011. As pioneers, it wasn’t an easy step. “There wasn’t a template for ‘here’s how you do this,’” says Friends of Zenger Farm Executive Director Jill Kuehler. Nonetheless, they persevered. Today around half of the farm’s 60 CSA shares are reserved for people using SNAP benefits and Zenger leads a national training program helping other farms set up CSAs that are accessible to folks with a range of incomes. In 2013, Zenger 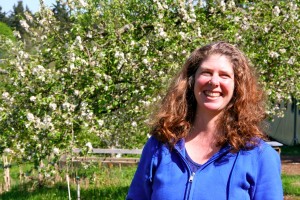 trained over 500 farmers from around country through in-person sessions and webinars.

When I visited at the farm recently, the sign at the entrancewasstill advertising last Friday’s farm work party, a weekly gathering for community members to get their hands dirty. We walked out to the center of the quiet farm, with a view looking out over the wetlands. It was hard to imagine there was a busy road right behind us.

“This is the island of food,” said Jennifer Dynes, a community member who participates in the Zenger SNAP CSA and serves on the organization’s board, told me.

Receiving the CSA has helped Dynes improve her diet. “[Before Zenger] I certainly didn’t eat as well as I do now,” she says. In the summer, Zenger products makes up about 25-30 percent of her overall food budget. And her CSA box isn’t just full of produce; Zenger partners with local business Bob’s Red Mill, which donates beans and grains, ensuring a well-rounded offering.

Would Dynes have sought out bulk grains and legumes a few years ago? “Probably not,” she says. But now she stocks up in the summer and makes “lentils all winter long.” 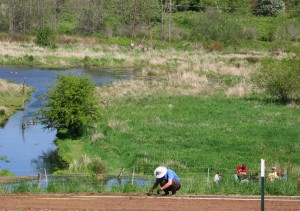 Friends of Zenger Farm also brings benefits to community members outside the CSA. At the farmers’ market they match the first $10 in SNAP purchases every week. And at a market where more than 40 percent of the vendors and many of the shoppers are immigrants, including Hmong, Turks, and Africans, the program makes a real dent in the cost of produce. Thanks to sponsorship from a local market called New Seasons Market and Bob’s Red Mill, Friends of Zenger Farm’s director of communications, Laleña Dolby, says the SNAP Match program is “putting more food on tables… and more money into the pockets of farmers.”

Of course, when it comes to making sure that everyone can eat well, more evidence suggests that food access is only one part of the puzzle. That’s why Zenger is taking a well-rounded approach–one that includes education, economic support, and community. In doing so, it is also becoming a model for how farms can have an impact in the neighborhoods that need good food the most.

“You can’t have the access without education,” says Kuehler. In 2013, over 8,000 students and teachers spent time at the farm in various programs. Friends of Zenger Farm also runs an Eating Healthy on a Budget program and hosts workshops and demonstrations that bring families together to learn how to maintain a healthy diet despite economic constraints. During school breaks, there’s also Farm Camp, which gives kids a chance to learn about food, farming, and cooking.

Now the farm is in the process of raising funds for an Urban Grange. Acting as a new hub of healthy food and community connection, the Grange will add a commercial kitchen to the farm, while doubling the capacity to educate students, families, and community members. The farm has raised $1.6 million for the $1.9 million project, enough funds to ensure the Grange’s groundbreaking in July and its opening this winter.

Historically, grange halls were gathering places for people to break bread and support one another in times of need. And this new Urban Grange will be a symbol for exactly that, proving that access to healthy, local food is much more than a nutrition issue.

Neighborhood resident Jennifer Dynes agrees. “I really find the community to be as important to me as the food itself,” she says.