Has This Chef Cracked the Code to Waste-Free Takeout? | Civil Eats

Has This Chef Cracked the Code to Waste-Free Takeout? 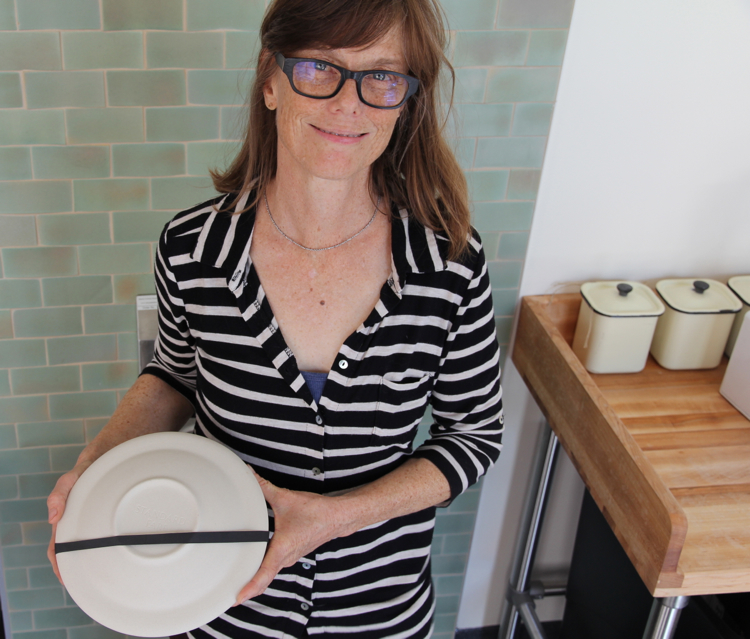 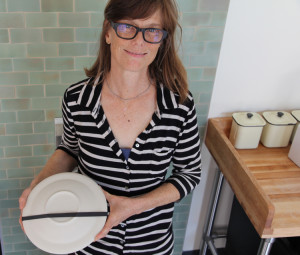 Do you avoid ordering takeout because you can’t bear throwing away the inevitable pile of to-go boxes, bags, and containers that go with it?

Similar to businesses like Sandwich Me In, the garbage-free lunch spot in Chicago, and Unpackaged, the bulk grocery store in the UK, Standard Fare hopes to expand on no-waste trends like reusable grocery bags and water bottles. The to-go business had a soft opening this spring and Kerr hopes to attract a regular customer base with seasonal California comfort fare delivered (or picked up) in handmade earthenware pots from Bay Area artisan Jered Nelson.

After years of working in restaurants, including Alice Waters’ legendary West Coast eatery Chez Panisse, Kerr wanted to find a way to cook for people without opening a restaurant. So she devised a plan that allows customers to essentially borrow Nelson’s containers free of charge for 10 days. (While the business plans to charge $45 for each pot that doesn’t come back, Kerr says that so far she has been pretty forgiving as long as people call ahead and let her know if they’re having trouble getting it back in time.) She also sells a re-usable tote designed specifically to hold the pots upright.

In addition to the ceramic pots (which come with a lid secured with a silicon gasket), Standard Fare also offers things like soups, sauces, and salad dressings in glass jars (there’s no charge for jars that don’t make it back, but customers often return them too). Salad is still sold in cello bags, the only disposable packaging. 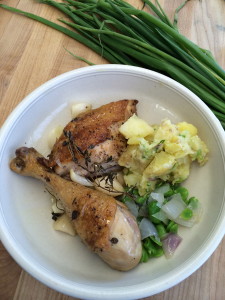 Unlike with plastic or paper containers, the food can be re-heated directly in the pots. “They’re like little ovens in and of themselves. The food stays warm longer, and it’s super fresh tasting. Some people eat right out of the pot,” says Kerr.

Will eaters get used to the added work involved in carrying and returning dishes? It’s still too early to tell.

Standard Fare is not meant to compete with fast food. The meals use high-quality local and organic ingredients (a recent menu included spinach bread pudding, braised pastured chicken, and fava bean and spring onion ragout), and at $20 per-entrée, they’re likely to appeal to folks who already shop at farmers’ markets, and place a lot of value on sustainability.

“People either get it or they’re insulted by the extra cost and effort,” says Kerr,

whose work to transform take-out doesn’t exist in a vacuum. She is quick to talk about the other laborious things she does at home to lessen her own environmental footprint. She buys heavy-duty tinfoil and reuses it “around 10 times,” for instance, and fills a bucket in her shower with which to water her garden.

All that said, Kerr doesn’t believe individual actions are enough. As a board member of the advocacy organization Food and Water Watch, she sees public policy as crucial to slowing the effects of climate change and cutting resource use. “There’s a corporation out there using the same amount of water in a day that I use in a year,” she says.

Nonetheless, Kerr adds, “When someone comes back and says it was gratifying to have a waste-free meal, it makes me extremely hopeful.”

Influencing an industry that is deeply entrenched in a pattern of excess and a group of consumers who have often sought out convenience above all else won’t be easy. But Kerr is up to the task.

“I see conservation and environmentalism as more than just a way to restrict yourself,” she says. “Yes, there are sacrifices, but it can also be a way to expand your life and make it better.”