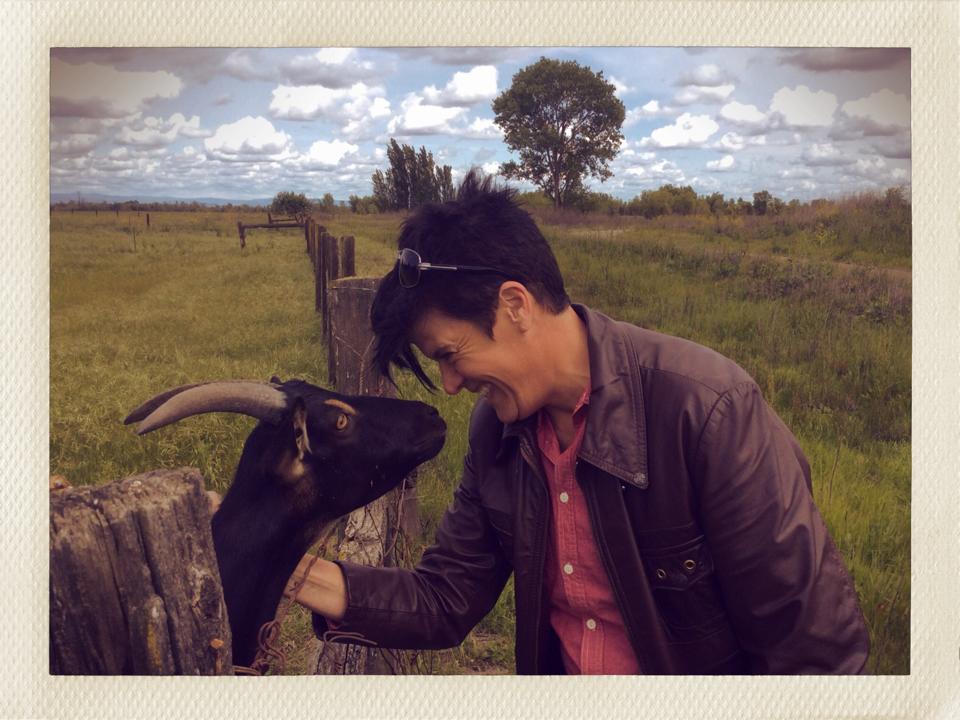 Marcy Coburn might just have landed her dream job. After two years at the helm of Oakland, California’s Food Craft Institute (FCI), and a year running its affiliated sustainable food event, the Eat Real Festival, Coburn will begin next month as the executive director of Center for Urban Education About Sustainable Agriculture (CUESA), the educational nonprofit organization that runs San Francisco’s Ferry Plaza Farmers Market.

Coburn, who was raised in a conventional farming family in the state’s Central Valley, began working in the sustainable food world nearly 20 years ago. She says she was “converted” after working as a delivery person for Veritable Vegetable, an early organic distributor, and a pioneering force in the Bay Area’s local food world. Then, after a series of what she calls “blue collar jobs in food and farming,” Coburn served as communications director for the Ecological Farming Association, the organization that hosts the EcoFarm conference every year before going on to found FCI.

“I’ve always looked to CUESA as leading the movement,” says Coburn. It’s also geographically central to the Bay Area, she adds, “and we all sort of spiral around it.”

As Coburn sees it, CUESA already serves to incubate small food businesses, many of which got their start in the iconic farmers’ market and have gone on to become national brands (think: Blue Bottle Coffee, Aidell’s Sausage, and Hodo Soy). But at a time when the food and farming landscape is occupied primarily by very large and very small companies, Coburn hopes the organization can continue to help local farmers and artisans who want to grow to fill the middle zone do so in an ecologically sustainable way.

“What we’ve often seen is folks who scale the business to a certain place and then sell it. But what if you don’t want to sell your business?” she asks.

When the Ferry Plaza Farmers Market opened 20 years ago, it was hailed as one of the first in the country to reconnect chefs with local farmers, in a move that heralded the explosive growth of the local food movement in the Bay Area and beyond. At the time, it was one of three farmers’ markets in San Francisco; today, the city alone boasts 30, the surrounding area has dozens more, and the nation boasts over 8,000.

Coburn is especially curious to see how the role of the farmers’ market might evolve, especially given the growing popularity of online local food sales, delivery services, and mobile vending. And she believes that markets like the Ferry Plaza will have to redefine themselves in the coming years.

“What are people looking for at farmers markets? Is it just convenience or is it community building and a central meeting place, where you interact with the people who grow your food, and meet with people doing the same?” she asks. “The challenge with any organization that has been around for 20 years is to be open to new ideas, especially when what you’ve been doing has been really successful. But it’s of utmost importance to explore new ideas and listen to what people are really asking for.”

Once Coburn has settled into the role, she hopes to begin a process of strategic planning. “We’re going to do some pretty deep dives in terms of what were we, what are we now, and what will we be,” she says.

In addition to running the farmers’ market, CUESA has also developed a range of educational programs over the years, some aimed at engaging more consumers in cooking and buying local, seasonal produce, and others designed to help city residents get to know the farmers in the area. More recently, the organization has branched out to include both advocacy and youth programming, including their popular schoolyard-to-market program, which trains high school gardeners to become market vendors.

If anything, says Coburn, the organization hasn’t done the best job of taking credit for the transformational work it’s doing in a city at the heart of the “good food movement.” Under her leadership, however, Coburn hopes to help CUESA use today’s groundswell of curiosity about food and farms to make a tangible difference.

“For years, we saw the food movement as this mountain we were climbing. We saw it as one step forward, two steps back,” she says. “But in the last five years I’ve seen such a huge amount of forward momentum. I really feel like we are there. We are poised to make real change in terms of the way people eat and the way food is grown, distributed, and sold in this country. Sometimes we forget this is only going to work if we keep it going.”

As an example of this tipping point, Coburn holds up her conservative brother, who still farms conventionally. “He may say what I’m doing is weird, but even he has recently put in cover crop between his rows of conventional almonds,” she says. “It may sound small, but I’m seeing lots of tiny pieces of evidence of the way our food system is changing, and I feel very encouraged by them.”

Full disclosure: Twilight Greenaway was an employee at CUESA from 2008-2011.