EU Moves Away From ‘Best By’ Labels; Will the US Follow? 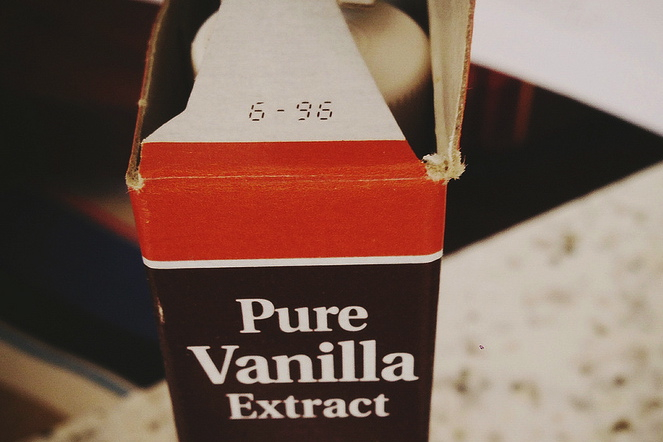 The ubiquity of “best before” dates may soon be history. European history, that is.

Under current European Union (EU) law, all packaged foods must have a “best before” date. That could change soon, though, thanks to a recent proposal that would enable European nations to exempt certain shelf-stable foods from date labeling.

This shift could also prompt action on date labels here in the US, which are currently neither regulated nor standardized. If that happens, US lawmakers could help trim million of tons annually from our collective household food waste.

This all came about after the Dutch and Swedish agriculture ministers submitted a letter encouraging a loosening of labeling rules. Sharon Dijksma, the Dutch Minister for Agriculture and the chief architect of the letter, said by email that her desire to reduce food waste led her to “best before” dates, among other things. “Products, like rice, noodles, and coffee have nearly indefinite shelf life and the best before date only regards to quality instead of food security,” Dijksma wrote.

In response to the letter, the EU Agriculture and Fisheries Council recently discussed allowing member states to exempt long shelf life foods from mandatory best before-dom. And the European Commission (EC), the EU executive body, got the message. It established a working group on food waste and said it will publish a report on food sustainability in late June.

Earlier this month, Tonio Borg, European Commissioner for Health and Consumer Policy, advised the EC “to simplify date labeling and better inform consumers about the use of these dates.” The Commission’s research shows “that only about 50 percent of people correctly understand the meaning of ‘best before,’” Tonio said.

In Europe, “best before” means that a food may not be of ideal quality, but remains edible. Still, many people discard food once it reaches that date. Easing “best before” restrictions could cut the 15 million tons of food currently wasted in the EU because of general confusion over the meaning of various terms (including “use by” and “display until”).

This reform would be the second change to EU date labeling in 2014. Earlier this year, the EC exempted vinegar and salt (both preserving agents!), in addition to sugar from the requirement.

Dijksma believes that this one regulatory switch would have a major impact. “Approximately 15 percent of food waste is caused by the wrong interpretation of best before dates,” Dijksma said. “It’s better to have no date on packaging instead of a date which leads to unnecessary food waste.”

Then again, some disagree with the EU’s approach. Britain’s Department for Environment, Food, and Rural Affairs put out a statement worrying that the absence of reassuring dates might prompt consumers to discard more food. And Selina Juul, founder of the Danish organization Stop Wasting Food, believes that date labels on shelf-stable items are the wrong target.

“The EU says that most of the consumer food waste happens with bread, fruits, vegetables, and diary products, not the long shelf products with best before dates, so this EU proposition … will not tackle the larger problem,” Juul said.

Juul’s organization has conducted surveys with TNS Gallup, and the findings point to changing behavior, not date labels, as the solution. “Our surveys show that yes, consumers throw rice and pasta away, but only … because they simply have cooked too much,” Juul said.

Commissioner Borg acknowledged that updating the date label system is just part of the process: “Expanding the list of foods which are exempt from date marking could also help,” Borg told the EC. “However, this is just one initiative–preventing and reducing food waste requires coordinated action of all involved in the food production and consumption chain: farmers, food industry, retailers, caterers, and consumers.”

Regardless, Juul said, it’s important to keep in mind the fact that, “‘best before’ does not mean ‘toxic after,’”

Could the EU be a Model for US on Food Labels?

For the American reader, this EU saga begs the question: Could this kind of reform happen in the US? The short answer: It’s possible. The more accurate answer: It’s not impossible.

Unlike the EU, the American food label regulation system is utterly decentralized. The only food item required by federal law to have a date label is infant formula. There is no uniformity of terminology, so there is a wide variety of expiration verbiage—from “best by” to “sell by” to “use or freeze by.” Yet, just about every packaged food item has a date on it. In addition, there’s a jumble of state laws on which food items require expiration dates.

Emily Broad Leib, Director of Harvard Law School Food Law and Policy Clinic and lead author of The Dating Game: How Confusing Food Date Labels Lead to Food Waste in America, remains cautiously optimistic about potentially following the EU example. “Based on the overwhelming response we saw to our report last fall and the ongoing work we are doing with industry and policymakers, I think similar work could be done in the US, but we have a long way to go,” Broad Leib said.

For Broad Leib, the first step toward date label reform in the US would be standardizing the terminology. Indeed, that was one of her main recommendations in The Dating Game. “I am hopeful that we can get consumers, industry, and policymakers to agree that a national standard phrase would make sense, and then push for federal and state changes that make this change.”

While standardizing US date label terms would require a consensus, it would also need a coalition. Fortunately, there’s a potential collaborator in the food industry. The Grocery Manufacturers Association (GMA), representing food companies, and the Food Marketing Institute (FMI), representing retailers, have united to form the Food Waste Reduction Alliance. While the group is focusing on reducing waste in the food industry, they plan to examine date labeling in the near future, said GMA Senior Director of Communications Brian Kennedy. And Broad Leib said that her team has also been working with several individual food companies.

Getting government cooperation may prove more difficult. Still, Broad Leib has had discussions with aides of Rep. Nita Lowey (D-N.Y.) and others, “to take the first steps towards legislation that would help to create a national standard label that makes it more clear that these dates are indicators of quality,” Broad Leib said.

Were a standard terminology to exist, we could enact what the European Commission is proposing—banning “best before” labels from long-lasting foods like sugar, salt, rice, and pasta. Indeed, eight months before this latest EU push, the Harvard report actually recommended a similar move in the US. At the very least, more accurate phrasing would help. Broad Leib’s research has indicated that the term “freshest before” would be a better fit then “best before.”

Just about any reform of date labels would be helpful because consumers say they trust them. In a yet-to-be published national survey conducted by Roni Neff at Johns Hopkins Bloomberg School of Public Health, 91 percent of respondents said they pay attention to dates on food.

But that attention just might be problematic. “We’re so used to seeing these labels, we rarely stop to think about whether they make sense,” said Neff. “Lots of our processed foods are made to survive the apocalypse—and they probably will, but from inside a landfill.”