Does it Matter if You Buy Veggie Starts From Big Box Stores? | Civil Eats

Does it Matter if You Buy Veggie Starts From Big Box Stores? 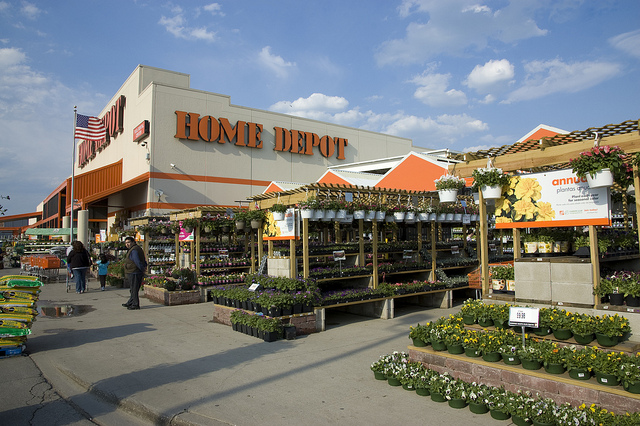 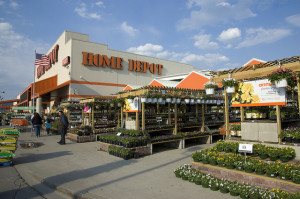 Every spring, vegetable seedlings sprout like so many weeds at retailer storefronts across the country. They crowd the entrance of nearly every grocery store, supercenter, and home improvement retailer, the basil smelling of sweet licorice, and the tomatoes of a tobacco-leaf pungency.

And while it’s likely a tomato start from your nearby Home Depot will produce tomatoes that taste the same as those from an organic, local tomato seedling, the growing processes behind the two, and sometimes the health of the seedlings they produce, can be quite different.

You see, a vast quantity of the veggie starts at big box stores around the country now come from one Alabama-based company, a plant farm called Bonnie Plants, which delivers vegetable and herb starts to 10,000 sales accounts in every state in the contiguous United States. And while Bonnie would never deliberately sell unhealthy plants, the care such seedlings receive once at a large retailer can be less than ideal.

Box store employees frequently lack knowledge about the herbs and vegetables they carry, including details on how they were raised. And how a plant is grown can make a difference in its health once in the garden, how likely it is to get a disease, and it can even impact environmental quality around the greenhouses that grow the plants.

Voiland’s organic starts grow in very different potting soil than conventional plant starts, and they don’t receive applications of liquid nitrogen fertilizer either. While conventional growers take a “feed the plants” approach, Voiland and other organic growers prefer to feed the soil. “We use a potting soil that is compost-based,” says Voiland. “That really brings a lot of nutrients starting at a young age, including micronutrients. And it assures that the plants are off to a good start.”

“A lot of conventional growers will use relatively inert potting soil, which doesn’t provide any nutrients,” he added.

Voiland says the organic approach results in a more robust root system, since plants are forced to search for food in the soil, rather than lapping it up from fertilizer applications. “In the long term (the plant) will be better able to withstand the rigors of growing in the garden and in the field,” he says. 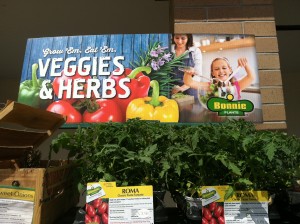 Cindy Martin, one of the founders of The Tasteful Garden, which grows and ships organic herbs and vegetables to gardeners across the country, agrees. She believes her plants are more capable at withstanding the shock of being transplanted into a garden. They are not spoon-fed fertilizer, nor are their leaves sprayed to look healthy and green, she says.

Martin uses worm castings in her potting mix, and her tomatoes often have a stem the size of a Magic Marker, versus the pencil-sized stems shoppers might see in many stores, she says.

On the other hand, organic greenhouse producers cannot use conventional fertilizer nor pesticides to combat pest outbreaks, which makes their jobs harder. Voiland combats pests by releasing beneficial insects, like wasps that parasitize aphids. And both organic and conventional growers can ward off combat disease with good ventilation and regular inspections.

But that hard work can pay off in the form of much less runoff of pesticides and nutrients. (Studies have found both in water samples taken downstream from conventional seedling production facilities, and some states and counties require greenhouses to take steps to limit such runoff)

In 2009, an outbreak of late blight, the same pathogen that caused the Irish potato crop failure, spread throughout the Northeast. In infected tomato plants, the leaves become spotted brown, a white fungus grows on plants, and they wither to nothing. In farms and gardens from New York to Maine and beyond, the crop gardeners and cooks look forward to all summer was decimated.

“It was just a devastating year,” says Stephen Reiners, a professor at Cornell and the associate chair of its Department of Horticulture.

While the source of the blight was never pinpointed, the disease, which was referred to by Cornell plant pathologist Meg McGrath as the “bubonic plague for plants,” was found in plants at Lowes, Walmart, Home Depot, and Kmart. Extension agents found the infected plants came primarily from one source: the behemoth Bonnie Plants. In 2011 the company, which declined interview requests, was reported to have over 70 facilities in 40 states.

When one plant is diseased in such a centralized system, it has the potential to spread far and wide. Bonnie has always denied its tomatoes brought the blight, and the source of the outbreak was never formally investigated.

In years following the blight epidemic, Tom Zitter, another plant pathologist at Cornell, regularly inspected Bonnie’s Northeastern facilities, looking for disease. He believes the problem began in southern greenhouses, before plants were shipped north. The disease can spread rapidly in the close quarters of a greenhouse, where tiny plants are grown shoulder-to-shoulder in trays, he says.

After 2009, Zitter believes the company started using fungicides to prevent disease more regularly (which helps prevent disease, but also results in more spraying), and is now disposing of diseased plants properly, which usually involves bagging, burning, or burying diseased plants. Since then, he hasn’t found any problems and he stopped his inspections a couple years ago.

“I think that situation has been resolved,” says Zitter, who added he would still purchase vegetable starts from box stores as long as they looked healthy.

His advice to gardeners: Inspect plants closely, steer clear of any that look sick or diseased, and, if you do spot them, find another place to buy seedlings.

Cornell’s McGrath, who researches late blight, says that small, local greenhouses are not necessarily less likely to harbor disease, but they do offer more transparency–much like local produce farms. And the staff is more likely to be able to tell consumers how a plant was raised and what they do to prevent disease. Local production also prevents a disease, if it does exist in one greenhouse, from spreading too broadly.

“Does it matter who you’re purchasing from, big source versus little source? Not necessarily. It’s more how the plant was raised,” says McGrath. For example, growing ornamentals and vegetables together provides an opportunity for some viruses to spread. She says it’s impossible to eliminate the risk the plant of disease, but asking questions, such as, “Were these seeds tested for pathogens?” can also help.

McGrath tries to grow most of the seedlings for her garden herself, but her second choice would be to buy from a local greenhouse. “I like to support my local industry,” she says.