From MyPlate to MyPlanet: Will Our Next Dietary Guidelines be More Sustainable? | Civil Eats

From MyPlate to MyPlanet: Will Our Next Dietary Guidelines be More Sustainable? 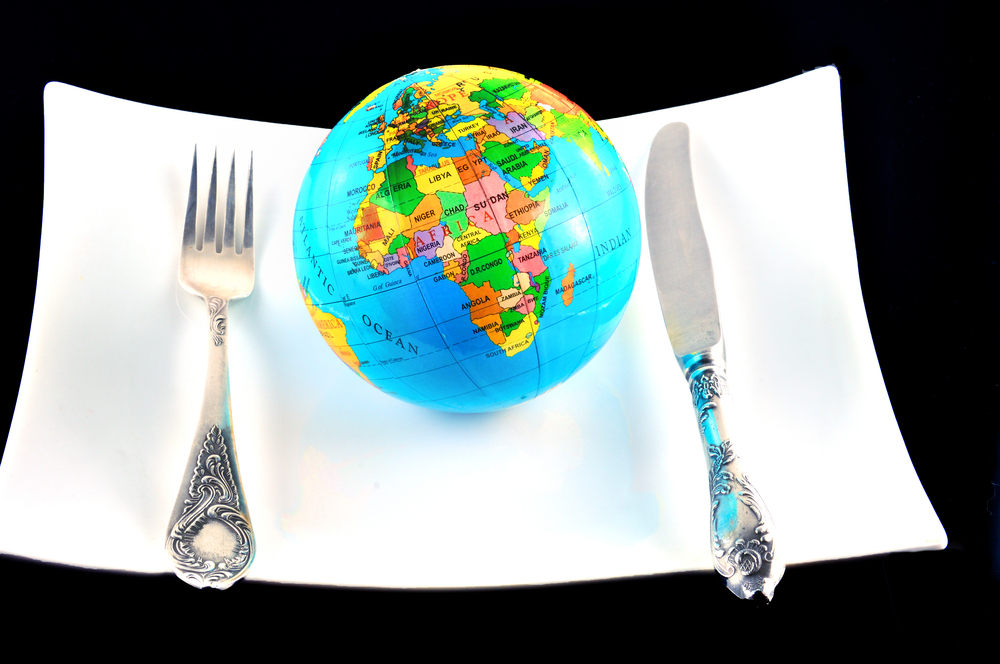 The year 2015 will bring a new set of Dietary Guidelines for Americans, and there are some changes afoot that could help us recalibrate our food ways. The shift in thinking boils down to this: Sustainability. There seems to be a new recognition that we should protect our food systems so that they serve us for generations to come. In other words, we should eat what’s healthy for now—and later.

If you’ve seen the (by now infamous) food pyramid, or MyPlate, you’ve seen the work of the Dietary Guidelines Advisory Committee (DGAC). A collaboration between the U.S. Departments of Agriculture and Health and Human Services composed of physicians and scientists, the Committee’s mandate is simple: “The Dietary Guidelines encourage Americans to focus on eating a healthful diet—one that focuses on foods and beverages that help achieve and maintain a healthy weight, promote health, and prevent disease.” The last set of guidelines came out in 2010, and we’re due for new ones next fall.

This time around, one of the DGAC’s five subcommittees has been focusing on “Food Sustainability and Safety.” The DGAC is also soliciting comments from the public on 15 topics, including sustainability. So far, however, it seems like most of the comments from the “public” have actually come from the food industry.

What does it mean that the Feds are taking “sustainability” into account in this year’s process? To grow food, you need to use natural resources like land, water, soil, and fossil fuels. Scientists can make pretty good estimates of which types of food exact the highest tolls; it’s possible to quantify greenhouse gas footprints, water footprints, and land use footprints for just about every bite of food that goes into our mouths. For example, that serving of broccoli on your plate has been produced with far less water and fossil fuel, using less land, and emitting less methane, than say, that hamburger. Considering that we’re losing soil, running low on fossil fuel, and seeing some of the worst droughts in decades, it probably makes sense for at least one government agency to worry a little bit about how we’re going to feed people over the long haul. Doesn’t it?

But for some, talking about sustainability and food in the same sentence is scandalous. In fact some Fox News personalities are crying, “Nanny state!” and “Ivory tower!” They seem to fear that the guidelines will prioritize the health of the Earth’s ecosystems over the health of individuals—as if, ultimately, they aren’t the same thing.

Now, some may wonder: Do the dietary guidelines really influence the way people eat? According to the DGAC website, they “serve as the basis for Federal food and nutrition education programs.” So, to some degree, the Committee’s recommendations steer how the military feeds its soldiers, which foods qualify for the SNAP and WIC programs, and what kind of lunches might be fed to public schoolchildren. In other words, there’s money on the line.

If the guidelines recommend we eat beans from Jack’s giant beanstalk, Jack will profit, and schoolchildren across America could find magic beans on their lunch trays. On the other hand, if the guidelines caution against consuming golden eggs, there could be a lot of magic geese out of work. So it’s not surprising that most of the 465 public comments submitted so far have come from industry lobbyists. Some of the most prolific commenters include the Beef Checkoff Program, the National Fisheries Institute, the Grocery Manufacturers Association, the Soyfoods Association of North America, the National Pork Producers Council, the National Dairy Council, and the National Turkey Federation.

Of these 465 comments, fewer than 60 are in the area of sustainability. (Most are about nutrients, food groups, eating patterns, etc.) The industry spokespersons urge the Committee to take “holistic” approaches, and to not single out specific foods. The livestock and poultry industries, in particular, have their feathers ruffled. They urge the Committee to focus on human health, not sustainability, claiming that there’s plenty of good science on the former and not so much on the latter.

But there are also health advocacy groups submitting comments about sustainability—for example, the Physicians Committee for Responsible Medicine, the American Cancer Society, the Academy of Nutrition and Dietetics, and several hospitals and universities. And these groups believe there’s plenty of solid science on the impacts of certain foods on ecosystems.

Of course, many lines are blurred when it comes to public comments. Take Comment #458, for example, which comes from a professor of Behavioral Health Science at Morgan State University who is also a “Yogurt Everyday Nutrition Adviser” for Dannon. Not surprisingly, she recommends that adolescents be guided to eat more yogurt, for optimal bone health.

Aside from what those on the industry payroll have to say, though, the comments do shed light on what people—academics, physicians, parents, teachers—care about. Two big points of discussion, for example, are seafood and food waste.

Seafood is a hot (and confusing) topic for this next set of Guidelines. Responding to confusion about messaging, the California Indian Environmental Alliance urged the DGAC to make it clear what kind of seafood is “safe” vis-à-vis mercury. “We have navigated contradictory information and integrated new studies as they became available,” they write. “Current advisories list those fish that should not be eaten, however there are others that are lower in mercury and can be eaten although in limited quantities. This information is important and should be included in future guidelines.”

The Johns Hopkins Center for a Livable Future (CLF) researchers Jillian Fry and Dave Love addressed the question of where all this fish we’re supposed to eat is going to come from. Seafood high on the food chain, like salmon and tuna, comes at a high cost to wild fisheries, which are already in danger of depletion. Fish like shrimp, which are mostly farmed, also take a toll on ecosystems such as mangrove forests. And we can get the fatty acids we need from seafood lower on the food chain, like sardines and herring, without doing as much damage. For 2015, Fry and Love suggest doing something that would probably make the California Indian Environmental Alliance happy: Make feasible recommendations and names species lower on the food chain, which tend to contain safer levels of mercury, if any.

Food waste is another popular topic—and may emerge as the bipartisan battle cry of 2015. Graduate students at Tufts University encouraged the DGAC to educate consumers about how to prevent food waste, and another CLF researcher, Roni Neff, encouraged the DGAC to create educational materials on reducing it. She says, “Current dietary guidelines may unintentionally contribute to consumer behaviors related to food waste by inspiring Americans to purchase more produce than they can realistically eat.”

Even an agricultural engineer from USDA-ARS (Pennsylvania) who pooh-poohs the idea that sustainability should carry much weight in the Guidelines, says: “One thing that has become clear in our work is that consumer waste is among the most important threats to the sustainability of foods. Of all the factors of sustainability considered in our food system, this is likely the easiest to address.” To be clear about this commenter’s allegiance, he has a paper cited by the Beef Checkoff, and he uses the term “junk science” in regard to measuring food footprints. That he’s gung-ho on reducing waste illustrates how non-partisan the issue is.

There will be more battle cries—and more hissy fits. In the end, the Dietary Guidelines are only guidelines. We will not be forced to eat plants. Nor will we be forced to eat meat. The 2010 MyPlate is already a plant-based diet—which does not mean “vegetarian,” by the way—so there will be no radical shift.

The DGAC will likely tackle some of the easier topics, like food waste. It’s unlikely that the new guidelines will be anywhere near as progressive as the “food-based” dietary guidelines passed in Brazil last year, but whether the committee will dip its toes into weightier topics, like meat, dairy, and fish remains to be seen.

If nothing else, the Committee is making a nod toward the idea of incorporating sustainability into our diets. Because, despite all the amazing advances in food technology, it’s still really hard to grow food when the ecosystems are broken. Hats off to the DGAC for thinking about how to protect them.

Christne Grillo is a contributing writer at the Center for a Livable Future. Previously, Christine spent several years as senior writer and associate editor for Johns Hopkins Public Health, the Bloomberg School's magazine. She has taught writing at universities in Baltimore and New York, and before that she wrote and edited content for print publications and multimedia firms in New York. Read more >