24 Women Food and Agriculture Reporters You Should Know About 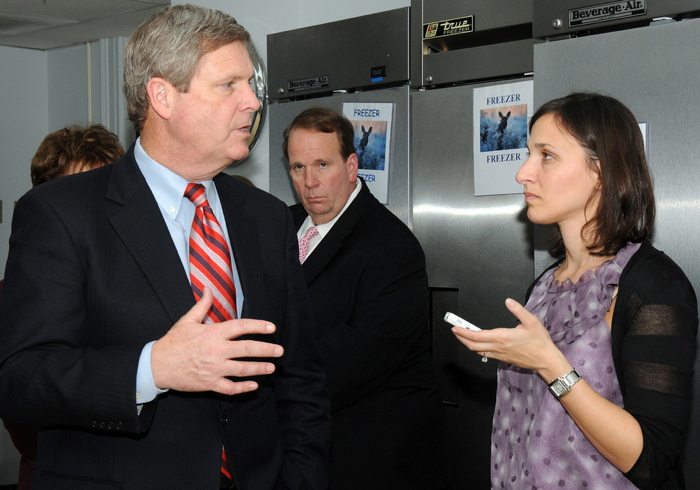 Women are the backbone of today’s food media. Take a look at our site and you’ll not only see that most of our contributors are women, but many of our featured stories are focused on female food movement leaders and projects spearheaded by women. And yet, the women reporting on this issue area don’t always get the attention they deserve.

Even before Jill Abramson was asked to leave the New York Times this week for inquiring about the salaries of her male co-workers, Margaret Sullivan, the New York Times’ public editor, wrote about a recent Women’s Media Center study that found a continued gender imbalance in journalism. Sullivan wrote:

[D]oes it really matter who writes the stories, and who makes the decisions about deploying resources and presenting news? Yes, I think it does. Here’s one small example of why: Women who write are more likely, according to the study, to quote at least some women in their articles. That diversity of outlook and that range of voices are worth pursuing because it better reflects the world.

We couldn’t agree more. In that spirit, we’re sharing a list, by no means exhaustive, of female food and agriculture beat reporters who are bringing these important stories to light (i.e., for the most part, women who are reporting on a regular, if not daily, basis). As I write this, they’re covering everything from food safety to agriculture forecast reports to food trends and more.

Not included are the incredible female editors who have these reporters’ backs. Also, some of the pioneers in this field, like Kim Severson and Carol Ness—both of whom reported on the intersection between food and farming for the San Francisco Chronicle, Severson, later for the Times—have moved on, but their early and critical influence demands a raised glass for their trailblazing work.

We know that there are many more female food and agriculture beat reporters out there, so please add your favorites in the comment section below.

Update: We’ve added these folks, plus many more (and a few great food and ag editors) to this Twitter list, to make it easy to follow them all. Keep the suggestions coming.