Chefs gather in California to study sustainable seafood and to develop their skills as good food advocates. 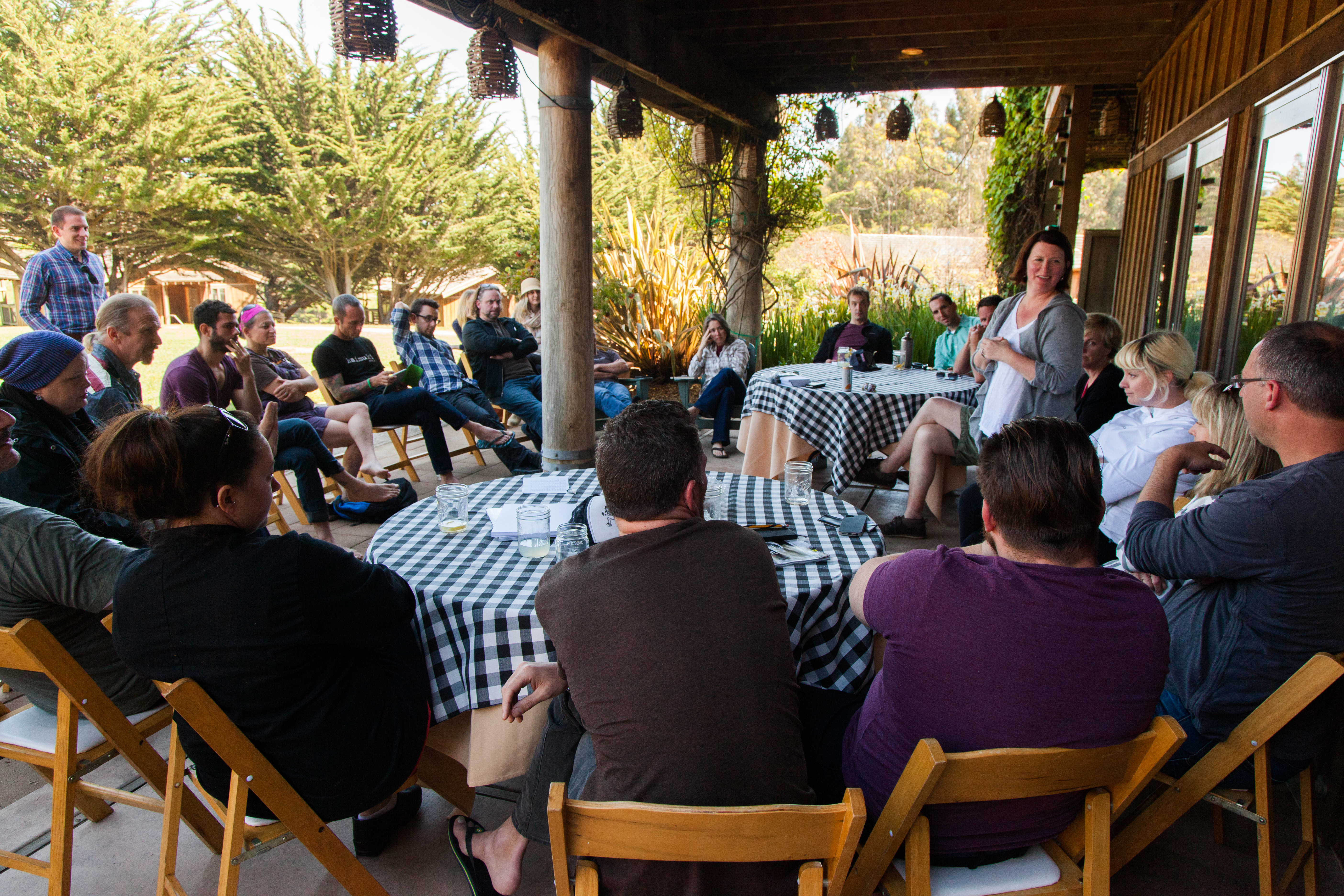 On a recent Tuesday, 12 chefs went out on a fishing boat in Half Moon Bay, an hour south of San Francisco. The group was hoping to catch a wild Chinook salmon, but they returned empty-handed.

“Sport fishing season opened in early April and the fisherman has only brought in three fish so far,” said Kris Moon, director of charitable giving and strategic partnerships at the James Beard Foundation* (JBF) after the trip. “It has been the slowest season he can remember.”

The chefs had come to Pescadero, California from all around the country to spend three days learning about the complexities of sustainable seafood as part of the fourth Chefs Boot Camp for Policy & Change, a semi-annual convening hosted by JBF and the Chef Action Network, a relatively new group working to develop a national network of influential chefs and restaurateurs committed to drive change. And while they were disappointed not to have a salmon to cook on their last night together, they weren’t exactly surprised either.

“[The fishing trip] really underscored the need to have the data and understand what’s comes out of the ocean and why,” said Moon.

The Boot Camp takes on a different issue every time, as a lens that helps chefs find a way to engage in policy and advocacy work–in their kitchens and beyond. This month is was seafood, but groups have also focused on overuse of antibiotics in livestock, local food access, and hunger.

The camp is not easy to get in to: It requires an application process and only around 15 people are accepted at a time. According to JBF, over 400 chefs have applied so far. Once they’re there, they receive policy and advocacy training from experts (last week Barton Seaver, chef and author of several books on sustainable seafood, made an appearance), engage in mock-interviews, and do hands-on activities in the nearby community.

“I’d never dreamed that I would be at something like this,” said Ed Kenney, chef and owner of Town Restaurant, in Honolulu, Hawaii. “Now I’ve been to it three times, and I’ve learned more every time.”

Kenney found the Boot Camp so helpful, in fact, that that he helped JBF bring a version of it to Hawaii last year, where Katherine Miller, Executive Director of Chef Action Network, offered a training for a group of chefs on Oahu.

The Boot Camp also helps Kenney be a better host to his guests, who he says come in “eager to talk about where their food comes from and the effects it had on our environment.” He attended this month’s gathering, in part, because of the focus on the health of the ocean.

“Sustainable seafood is close to my heart because I live on an island surrounded by water,” said Kenney, who has seen the market for fish in Hawaii change dramatically in the 19 years he’s been cooking.

“We chefs prize large fish; in restaurants it’s easier to portion them and [we get] higher yields,” he said. “But this week we went in-depth on the effects of the whole ecosystem when you remove a large fish. The older and bigger they are, the more efficient reproducers they are, for one. And it takes so many small fish to make these big ones. It caused us all to rethink what we serve and how we serve it.”

JBF’s Kris Moon also hopes that the Boot Camp drove home the message that ocean health is about more than direct seafood intake, for a group that represented nearly every region in the U.S. “We all, as humans, no matter our geography, have a tremendous impact on the health of the oceans,” he said. “Ocean acidification is a tremendous issue and you may be a chef at an inland restaurant not have seafood on your menu, but the choices you make have a huge impact on how much CO2 is being absorbed by the oceans.

After they’ve been through the Boot Camp (and sometimes even if they haven’t), JBF and The Chef Action Network work with chefs to help them put what they’ve learned into action. So far, they have helped several chefs testify before members of Congress about antibiotics in livestock, hunger, and the Farm Bill, for instance.

“We tend think of advocacy as email campaigns or taking to the streets, but advocacy can be what you choose to source and put on your plates,” said Moon. “Or it can mean flying to Washington. If chefs are more locally-focused, we can help them make change in that way too.”

In the end, Both Kenney and Moon are heartened by the fact that the Boot Camp is creating a healthy-sized network of chefs who want to engage with food beyond the plate, and can rely on one another as allies.

“That’s really why I keep coming back,” said Kenney. “It’s the network. It’s like we’re a groundswell that just keeps building and building.”