How 'Optimistic' Should We Feel About the War on Obesity? | Civil Eats

How ‘Optimistic’ Should We Feel About the War on Obesity? 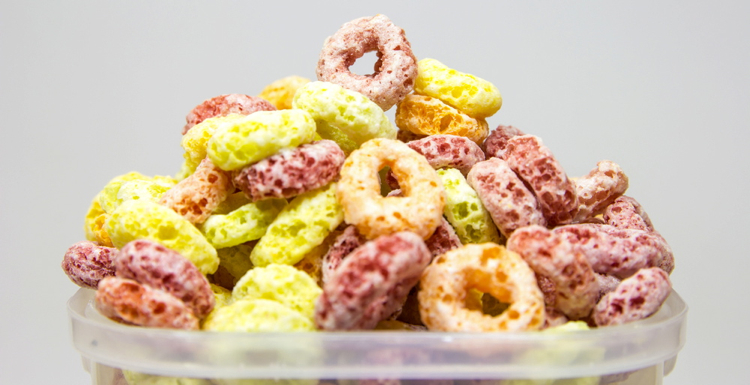 Earlier this week, the New York Times ran an opinion piece, “Finally, Some Optimism About Obesity?,” in which bioethicist Ezekiel Emanuel and researcher Andrew Steinmetz tell us we should feel good about the country’s anti-obesity efforts* because we’re responding to this health crisis “much more nimbly” than we did with smoking.

The dangers of tobacco were first established in the 1920s but it took fifty years before Congress banned cigarette ads on TV and radio, and it wasn’t until 2009 that the federal excise tax on cigarettes was raised high enough to actually discourage smoking.  In contrast, say the authors, after an increase in childhood and adolescent obesity was noted in the 1980s, it only took ten years before the first in a series of measures was implemented:

Within a decade, in 1994, the Clinton administration limited the salt and saturated fat in school lunches. In 2001, the surgeon general issued a “Call to Action.” In 2006, three of the largest beverage companies voluntarily agreed to limit their offerings in school vending machines to water or low-calorie options. In 2010, Michelle Obama started her “Let’s Move” campaign to end childhood obesity in a generation. And that same year the Affordable Care Act passed, with a provision requiring large restaurant chains to post calorie counts on their menus. In 2012, Disney banned junk food advertising on all of its child-targeted TV and radio platforms. Today, 34 states and the District of Columbia have enacted some kind of additional tax on sodas and sugary drinks.

Those are all laudable efforts, of course, but here’s why Emanuel and Steinmetz might consider taking off their rose-colored glasses.

Let’s start with soda taxes. When presented in this context, the authors lead the reader to believe that 34 states and D.C. have instituted soda taxes expressly to combat obesity, rather than merely trying to raise state revenue. But that’s not the case, as evidenced by the fact that these states tax diet soda at the same rate as sugary soda. Furthermore, according to experts, the soda tax rates in question are “generally … too low to have meaningful impacts on overall consumption and weight/obesity.” (Indeed, according to Dr. Kelly Brownell, Dean of the Sanford School of Public Policy at Duke University, these rates were intentionally set low so that they’d have little or no effect on soda consumption at all.) And the vast majority of these taxes are sales taxes (applied at the point of purchase) rather than the excise taxes which raise product prices and deter purchasing — i.e., the very type of tax now assessed to discourage cigarette smoking.

The other anti-obesity efforts mentioned by Emanuel and Steinmetz are certainly worthwhile, but none of them are the “power tools” we need to significantly chip away at existing obesity rates.  For example, the Clinton administration’s limiting of saturated fat and salt in school food was a fine idea, but it only nibbled at the edges of what was then terribly wrong with school food. (Even now, after the passage of the landmark Healthy, Hunger-Free Kids Act, there are still no school food limits on sugar — a leading cause of obesity.)  Similarly, the Affordable Care Act’s mandated calorie counts in restaurants have been shown to do little or nothing to alter diners’ behavior. And while I differ from some of my food policy colleagues in supporting Let’s Move! and voluntary industry efforts like the Disney junk food ad ban, I’ve also acknowledged the weakness of the former and the frequent corporate abuses of voluntary schemes like the latter.

So what are the “power tools” that could really advance the war on obesity?  Among the most effective methods found to reducing smoking are: excise taxes, advertising bans and consumer education through warning labels and other means. Thus, when it comes to obesity, we should be looking to soda excise taxes (if not a complete “junk food tax,” as once proposed by the New York Times‘ Mark Bittman), a meaningful ban on the advertising of junk food to children, and an overhaul of food labeling laws so consumers can glean reliable information from packaging, instead of marketing messages so deceptive they’ve become the stuff of late-night comedy.

But Emanuel and Steinmetz are forced to admit that these exact three measures, among others, “have been stymied.”

The Food and Drug Administration seems to have given up on its consideration of front-of-the-pack labeling. Regulations implementing menu labeling still haven’t been issued. Proposed restrictions on advertising to children were suspended amid Republican attacks. And the soda industry has successfully repelled excise taxes in many states by deploying the same tactics the cigarette manufacturers used — sizable political contributions and charges of discrimination against the poor.

None of us should be surprised that the food and beverage industries, with their proven lobbying power, were able to crush those efforts so decisively.  What is surprising is that Emanuel and Steinmetz blithely gloss over these major defeats by pointing to the “good news” that adult obesity rates now appear to be holding steady.  “Holding steady” is better than “climbing,” of course, but that still means fully one-third of American adults (and even higher percentages of Hispanic and African-American adult populations) remain at higher risk of early death due to heart disease, stroke, type 2 diabetes and certain cancers.

It’s also worth noting that widespread public support for aggressive governmental anti-obesity efforts is currently lacking.  And that may be because cigarettes and food are not perfectly analogous.**  Cigarettes are entirely discretionary products, and an incontrovertible link has been established between smoking and lung disease.  But when it comes to highly processed food and fast food, the picture is murkier for many consumers.

Large swaths of our society, lacking basic food literacy or cooking skills, now rely heavily on highly processed and fast food’s easy accessibility, hyper-palatability, convenience and low prices.  Moreover, as the forthcoming documentary film Fed Up illustrates, Big Food has been masterful in indoctrinating consumers with the message that even the worst junk foods can be part of “a balanced diet” or a “healthy lifestyle,” leaving many to believe that these products do no harm, and/or that obesity is solely the result of a lack of individual willpower.

The financial toll of obesity–skyrocketing healthcare costs, lost productivity and the drain on our military–is simply unsustainable. And with persistent effort, I do believe the tide of public opinion could eventually turn against the food and beverage industries, the same way the public eventually grew educated enough about the issue to turn against tobacco. When that happens, these companies will lose their current stranglehold on our elected officials and real reforms will be possible.

But if Emanuel and Steinmetz want to compare our how quickly we’re able to truly reverse obesity with our slow response to cigarette use, I fear that race may well end in a dead heat.

* I dislike framing this public health crisis entirely as a matter of “obesity,” since the poor nutritional quality of the modern American diet can adversely affect all of us, even if we’re not overweight. However, since this is how the authors discuss the problem, and since this is a conveniently shorthand way to refer to it, I adopt their language in this post.

** Sugar-sweetened beverages, which are discretionary in anyone’s diet and which have been closely linked to obesity, are perhaps more analogous to cigarettes than generic “junk food” and therefore public opinion about soda might be more easily influenced.

For more on soda taxes, check out Dana Woldow’s excellent “Soda Tax Myths” series on Beyond Chron, starting with this one.