Laurie David Dishes About ‘Fed Up’ and Her New Cookbook 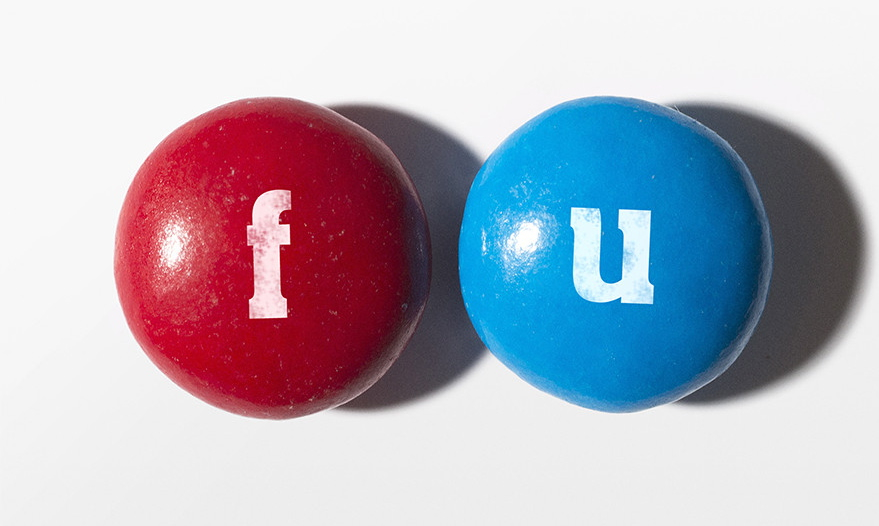 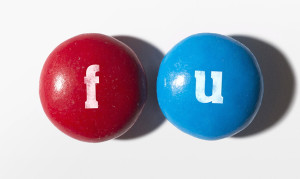 When Laurie David sets her eye on a project, there’s no doubt she will make it happen. She’s the Oscar-winning film producer who convinced Al Gore to turn his climate change slide show into a documentary. Gore was skeptical, but David persisted and wore him down. Without her determination, An Inconvenient Truth would almost surely never have been made and millions of people would have missed his urgent call to action.

So, naturally, Katie Couric turned to David when she decided to make Fed Up, after decades of reporting on the epidemic of diet-related illnesses. Couric and David teamed up with director Stephanie Soechtig, director/producer of the highly acclaimed bottled water industry exposé Tapped, to debunk the conventional wisdom about what’s making Americans fat and sick.

Fed Up opens this Friday, May 9, but more than 10,000 people have already signed up to take the The Fed Up Challenge, the film’s companion campaign which encourages participants to go sugar free for 10 days. This Friday is also the day David’s new cookbook, The Family Cooks, comes out. It may seem incongruous to pair a hard-hitting documentary with a feel-good, good-for-you cookbook, but the two projects compliment each other perfectly. We sat down with David last week to discuss both.

The simultaneous release of Fed Up and The Family Cooks is a one-two punch to the face of Big Food. Is it deliberate strategy or just serendipity?

Totally deliberate strategy. There’s nothing more exciting than presenting a problem and at the same time presenting the solution. That’s what The Family Cooks 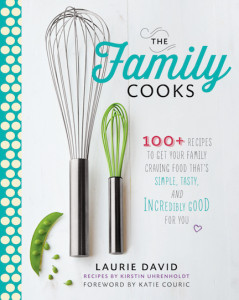 is–the solution. My motto now is “cook or be cooked.” That’s my takeaway from Fed Up.

We have a huge problem with diabetes, cancer, obesity, but the solution is doable, tangible, it’s right there in your kitchen. How empowering is that? The myths that surround cooking–it’s hard, you don’t have time for it, it takes too long–this is marketing brainwashing to sell more products.

We’ve got to get people back in the kitchen and teach them some basic skills, so they can see for themselves how rewarding and fun and delicious this actually is. To not be cooking in your own home is to be missing one of the best parts of the day.

When politicians try to encourage healthier habits through legislation–like Bloomberg’s bans on trans fats and soda –the “nanny state” haters insist that our government has no business dictating how or what we eat. But don’t government policies already play a huge role in determining the way we eat?

First, we need to take the term “nanny” back. Nannies are supposed to be good people who care for our children. How about seat belts, were those a good thing? Are stop signs a good thing? The government comes up with ways to protect people, and obviously the American people need protecting, because we’ve got one in three kids in America overweight or obese, and by mid-century they’re saying one in three will have diabetes. You’re telling me that we shouldn’t have some government intervention on marketing to children? Or truth in advertising? Or labeling?

Fed Up shows how food companies intentionally formulate their products to reward the same neural pathways in our brains that are stimulated by drugs like cocaine. Does this shed a new, more insidious light on slogans like, “Betcha can’t eat just one?”

Absolutely. One of the most disturbing things I learned in the making of this movie was that the industry and the government have known for decades that we were eating too much sugar. They predicted 30 years ago the obesity epidemic we’re in right now. Nothing’s been done about it. And that was before the explosion of the snack food industry, the explosion of sugary beverages, energy drinks, granola bars. It’s crazy.

There’s a scene where Katie Couric gets Secretary of Agriculture Tom Vilsack to admit the absurdity of counting the tomato paste on school lunch pizzas as a vegetable. But isn’t that just one of many dubious concessions the U.S. Department of Agriculture (USDA) has made over the years to Big Food lobbyists?

Why is the USDA in the business of determining what our dietary guidelines should be when they’re promoting Big Ag? It’s an unbelievable conflict of interest; it makes no sense whatsoever.

You’ve expressed deep dismay over the decision by celebrities like Beyoncé and Taylor Swift to endorse soda. If you had the chance to sit down and talk with them, what would you say?

Where’s the parental backlash? It bothers me, too, that for 14 years American Idol has had a Coke cup on the desk of these beloved judges and no one’s complained about that.  We know that kids under a certain age–eight and younger–can’t tell the difference between that ad and the content.

When J. Lo’s drinking that, seven year-old kids think they want to be like her so they’re going drink Coke, too. It’s immoral, it’s unethical. I really hope that–as a result of people seeing Fed Up–within the next couple of years, you will not be able to find a celebrity who will do a soda ad.

Does Beyoncé understand the ramifications of endorsing a product that makes her fan base sick? I almost think the Taylor Swift endorsement was even more insidious, because her audience is tweens and diet soda has been linked to depression, to ADHD, and there’s research out that says it makes you hungrier.

The celebrities themselves, maybe they don’t know, but there’s about 30 people around them helping them make decisions, and someone should have said, “You know what? Maybe we don’t want to be pushing this on our young kids.”

At Arianna Huffington’s Thrive conference last week, you said that we’ve been “living in a food fog.” Your cookbook seems designed to be a beacon lighting the way back to our kitchens. Do you have any words of encouragement for the novice cook?

The single healthiest activity you can do with your family is cook and eat meals together. Discover the joy in the process; put music on, light a candle, make everyone participate. Then it’s not all on you, and everyone’s going to have fun doing it.

And you cannot cut a carrot and text with your other hand! Everyone needs a break from technology.  What a perfect place to take that break–by making dinner and sitting down to enjoy it.

We are outsourcing to corporations the most intimate, important thing we do, which is feeding ourselves and our families. We know that these people don’t care about our health the way a mom cooking for her kids is going to care. Who better to do that job than us? And if we don’t do that job, look what happens.

One of the most heartbreaking things in the movie is the way the kids you feature want so badly to lose the weight, but they’re up against so much.

It’s not a level playing field; that’s what really upset all the filmmakers involved. It’s not fair that people think they’re doing the right thing, and they’re misled. And then they can’t understand why they’re getting sick. It’s not right. I really hope the movie is a catalyst for an honest conversation in this country about what the hell we’re eating.