Labor and the Locavore: Farm Work in New York State 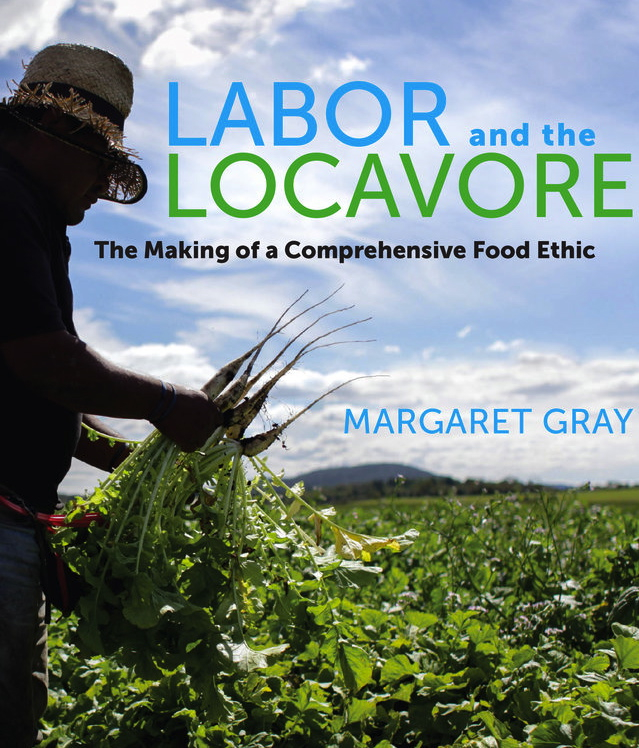 Spring has been slow to arrive in New York this year, but warmer temperatures mean the re-invigoration of the city’s many farmers’ markets. This season, New Yorkers will shop at nearly 150 markets across the five boroughs. Some will surely chat with producers, asking questions about growing practices or ingredients. After reading Margaret Gray’s Labor and the Locavore: The Making of a Comprehensive Food Ethic, I wondered: Will any of them ask about the people who grew, harvested, or transported their food?

New York’s Hudson Valley is one of the most fertile growing regions in the country. The state produces about $45 billion worth of agricultural products annually and $266 million of that comes from the small and medium-sized farms in the Hudson Valley. In recent years, thanks to the locavore movement, a great deal of that food reaches markets and restaurants in New York City. And, whether they know it or not, most city residents are tied to hundreds of migrant and seasonal farmworkers.

Until Gray, a professor at Adelphi University, published her book in April of this year, there was almost no information available about the Hudson Valley’s farmworkers. “There was a study from 1969,” she quipped at a recent book talk in in Manhattan, but otherwise her research came up empty.

This omission may seem glaring, but it’s not surprising when we acknowledge that the contemporary food movement pays little attention to farmworkers, save the occasional debate about the impact of immigration reform on the agricultural labor force. Indeed, many Northeasterners might imagine that migrant workers exist solely in the southern U.S., concentrated in states like Florida and Texas, or in California.

“The conversation about farming in New York is largely dominated by farmers and farm boosters,” Gray told to me recently. “Those folks are not positioned to tell the full story about farmworkers.”

And so, Labor and the Locavore attempts to bring farmworkers into the conversation. Over the course of 10 years of research, Gray conducted 160 interviews with current or former farmworkers and 18 interviews with farmers. She also collected an enormous amount of information by observing meetings of farmworker advocacy and labor groups. The distillation of this knowledge is contained in her 200-page book, as compelling a read as it is informative.

Most of the workers Gray interviewed faced difficult work and living situations. Seventy percent were undocumented and 20 percent were guest workers. Many spoke of feeling trapped on the farm, unable to lead normal lives for fear of altercations with farmers or the police. They risked physical abuse and deportation. Alejandro, a Mexican immigrant, told Gray: “We are treated like unknown people but are not fugitives … We are not paid well and cannot ask for more.” Javier, another worker she interviewed, summarized his conditions this way: “When I am alone, I think, ‘Even if the cage is golden, we are still locked up.’”

Lack of agency and rights prevent workers from speaking out against poor treatment. But without English skills and proper documentation, workers are generally unable to seek better employment. And for many, remaining in the U.S. as a farmworker was still preferable to returning home. One man whose wife and children live in Mexico told Gray, “I [have] no other choice than to stay here. Earning in dollars here is better for us than earning in pesos there. So there you go.

Gray also shies away from attention-grabbing stories of on-farm abuse. Early in her introduction, she notes that only highlighting abuse “can lead us to think about poor labor practices as aberrant or isolated.

It’s not that Gray hasn’t documented some instances of devastating modern-day slavery or extreme violence against farmworkers in New York State, because she has. But Gray would prefer to emphasizes “the broader patterns and systematic conditions, which include meager wages, long hours, lack of overtime pay, run-down housing, lack of respect, and paternalistic management practices.”

As Gray sees it, keeping the emphasis on systemic conditions forces the reader to think more critically about the realities of life lived on a Hudson Valley farm. Gray also ties these systemic problems to the price of food and the fact that most, especially small, farmers cannot pay themselves well either. In this way, throughout the book Gray brings both perspective, and context.to work that farmers and farmworkers do, treating them both with respect.

Labor and the Locavore identifies and critiques the “institutional marginalization” of farmworkers and exposes the routinely poor treatment farmworkers are subjected to in the course of their work. She also points to specific legislative wins of the labor movement–such as overtime pay, a day of rest, and paid sick days–which farmworkers are exempt from.

Because undocumented farmworkers have few legal protections, farm owners can often be following the letter of the law while still participating in the devaluation of their labor. Farmworkers often fall between the cracks of the labor and food movements, and Gray seeks to remedy this oversight.

Gray calls upon the reader to consider fair working standards and wages as a central tenet of food movement progress. “So many of the conversations in the food movement relate to ethics: The way we treat the environment and animals, preserving open spaces, supporting local farmers, and keeping food dollars in the community,” she says. “We aim for these goals because we want our food purchases to make the world a better place. Such a food ethic should also consider the conditions of the workers to grow and harvest our food.” I, for one, can’t argue with that.