All the News That's Fit to Eat: Obama's Food Letdowns, What to Buy Organic, and the Loss of a Young Farmer | Civil Eats

All the News That’s Fit to Eat: Obama’s Food Letdowns, What to Buy Organic, and the Loss of a Young Farmer 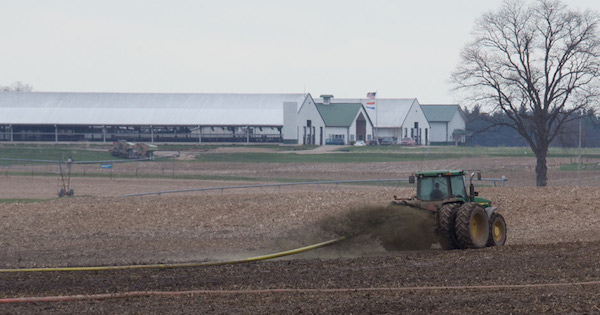 Members of Restaurant Opportunities Centers (ROC) United organized a rally on Capitol Hill this week to urge members of Congress to stop taking contributions from the National Restaurant Association (“the Other NRA”). Thirty-one organizations also signed on to ROC United’s full-page ad in the New York Times denouncing what they say are the restaurant industry’s violations of workers’ rights, including recent efforts to block legislation to increase the minimum wage. The rally coincided with the NRA’s annual public affairs conference, as well as the release of ROC United’s latest report, which takes a close look at the NRA’s policy agenda, lobbying efforts, and influence in Congress.

Environmental activists and community advocates in Wisconsin are raising their voices against manure spraying, which uses irrigation systems to spray, rather than spread, fields with liquid manure. The practice is gaining traction among large-scale dairy farms which tend to have an excess of manure on their hands.  As the state’s Department of Natural Resources (DNR) consider whether to toughen existing regulations, opponents of the practice argue that it poses a significant risk to human and environmental health, as it launches ammonia and other pathogens into the air and nearby waterways. (The manure has also been known to cover the homes and cars or nearby residents!) Advocates are also concerned that the growing number of concentrated animal feeding operations (CAFOs) across the state will try to stifle any further restrictions on the practice.

Foodies may have thought they had found a kindred spirit in Barack Obama back in 2007, when, on the campaign trail in Iowa, he lamented how expensive arugula was at Whole Foods. Today, this piece argues, food movement champions have cause for disappointment as the Obama administration’s efforts to overhaul the agriculture industry have largely failed to gain traction and the First Lady’s wins on childhood obesity have been largely symbolic. While the Obamas initially advocated for strong reforms on everything from anti-trust laws to school food, they may have underestimated the indomitable blow back from both corporate and Congressional opponents. The resulting stagnation has left many good food advocates with a bad taste in their mouths.

On Wednesday, California Assemblyman Kevin Mullin withdrew his proposed legislation to take antibiotic-fattened meat and poultry off the shelves statewide, the San Francisco Chronicle reports. The livestock and poultry industries routinely give antibiotics to animals to encourage faster growth, but this practice has raised significant concern among public health officials who argue that it leads to decreased antibiotic resistance in humans. In fact, just this week, the World Health Organization called antibiotic resistance a “worldwide threat to public health.” The bill, which would have made the FDA’s new voluntary (i.e., mainly symbolic) guidelines mandatory in California, causing a potential ripple effect throughout the industry, was pulled shortly before it was scheduled for review by the state Assembly’s Committee on Agriculture. Mullins cited insufficient support from fellow legislators as the reason. Instead, Reuters reports that a different bill is now winding it’s way through the California Assembly, but the measure would apply only to antibiotics used by humans, including tetracycline and penicillin, and would not restrict drugs used solely for animals.

The Environmental Working Group (EWG) released its 10th annual Shopper’s Guide to Pesticides in Produce this week, including both the Dirty Dozen and Clean 15 lists, which rank the produce with the highest and lowest levels of pesticide residue respectively. (The guide ranks 48 popular fruits and vegetables based on an analysis of 32,000 samples. And, as we’ve noted before, this level doesn’t necessarily correlate with the amount of pesticide used in growing the food.) Apples still top the list, and EWG has included a special “plus” section for leafy greens and hot peppers, which technically contain fewer residues than the 12 top offenders, but  are highlighted “because of the extraordinary toxicity of the pesticides detected on them.” (Emphasis ours). On the plus side, if you feel like indulging in tropical fruits, EWG says, “some 89 percent of pineapples, 80 percent of papayas, and 88 percent of mango had no residues.”

Young farmers are a rare breed these days, so it’s especially sad when one is lost in the prime of his life. The food and farm community received sad news this week about the passing of Nathan Winters, a self-proclaimed “real food activist” who had recently returned to his family’s Hill Hollow Farm in New York. In 2009, Winters traveled across the country by bike talking to farmers, and wrote about it on his site, Follow Nathan. He also shot a series of videos with farmers and food activists along the way. The fine folks over at Cooking Up a Story have also collected some thoughts about Nathan. Donations may be made to the Nathan Winters’ Memorial Fund at gofundme.com.