Bugged Out: Can This Cookbook Convince More Americans to Eat Insects? | Civil Eats

Bugged Out: Can This Cookbook Convince More Americans to Eat Insects? 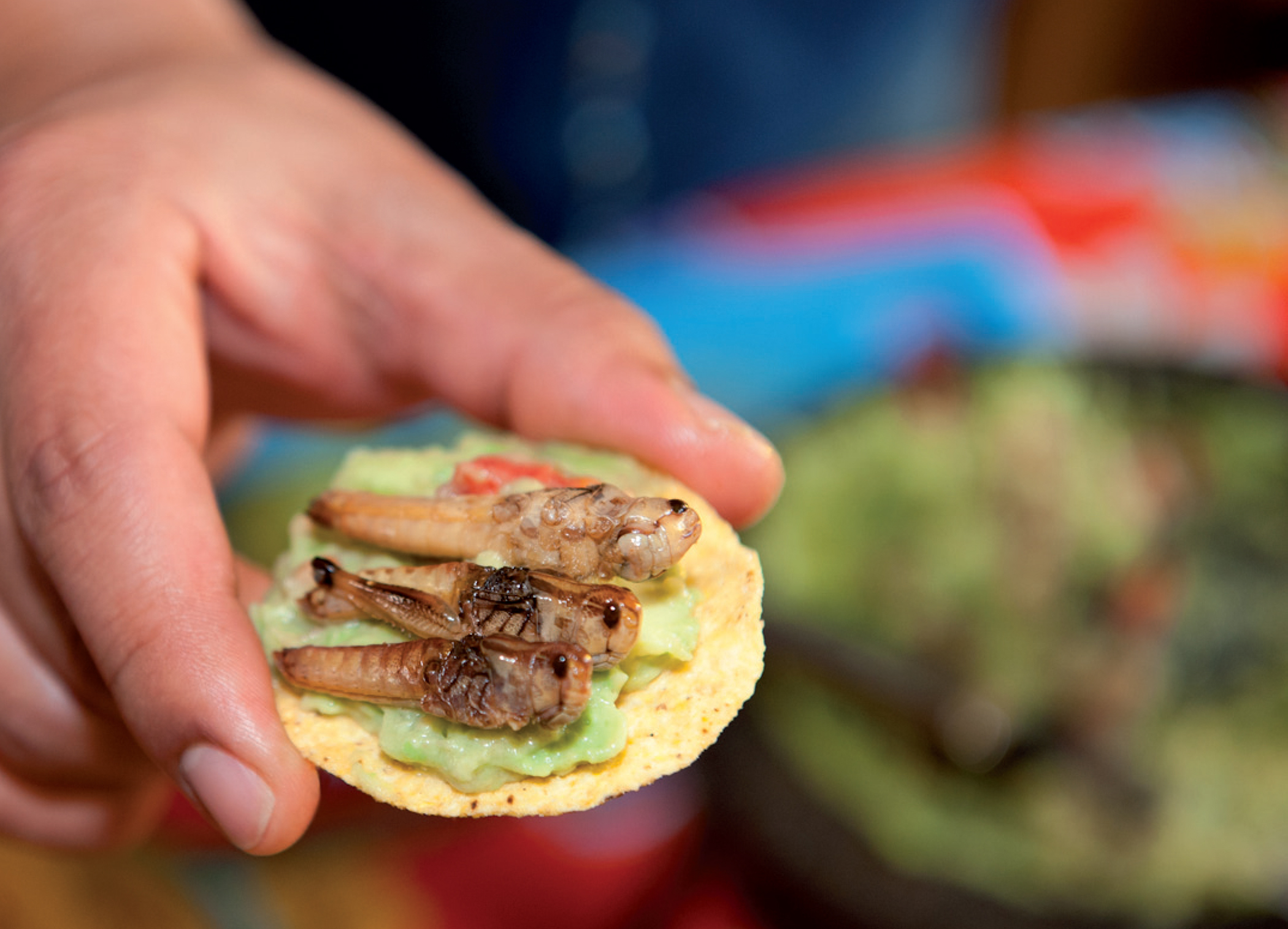 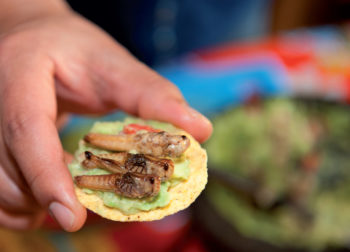 The other day, on my way to pick up some grasshoppers for dinner, I was reminded of how difficult it once was to find ingredients that are now utterly commonplace—such as a block of tofu.

It made me wonder: Are insects the next tofu? In 20 years, will they become as commonplace in our grocery aisles and farmers’ markets as other foods than once seemed exotic?

The authors of a new cookbook-cum-manifesto certainly hope so. The Insect Cookbook: Food for a Sustainable Planet, is a translation of a 2012 Dutch work by two entomologists, Arnold Van Huis and Marcel Dicke, and cooking instructor Henk Van Gurp. As the title implies, the book urges more of us to try entomophagy, the practice of eating bugs.

If the global population hits nine billion by 2050, as projected, the world will need more sustainable forms of protein, argue Van Huis and Dicke. And raising insects for food requires far less land, energy, and greenhouse gas production per unit than cattle, pigs, poultry or dairy.

They are not the first to make this argument. Many readers will recall that in 2013, the UN’s Food and Agriculture Organization released a report (co-authored by Van Huis) endorsing entomophagy as a strategy to feed the world. “The consumption of insects … contributes positively to the environment and to health and livelihoods,” it read.

According to The Insect Cookbook, over 1,900 species of insect are eaten worldwide, and many are lavishly illustrated here: Dragonfly larvae in China (served, intriguingly, with deep-fried peppermint leaves); Cambodian tarantulas (also deep fried); moths in Australia and Italy (roasted and eaten raw, respectively). Why should Americans avoid joining the two billion people worldwide who eat insects, the book asks.

It’s a logical argument. But it’s also a simplistic one, as I discovered. 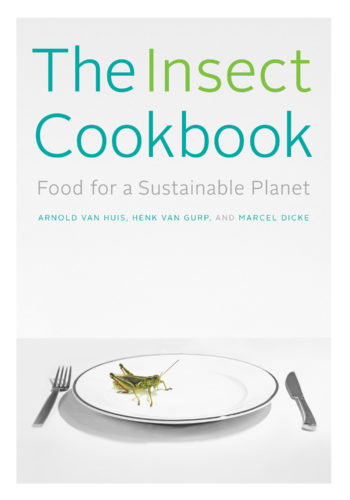 To their credit, the authors don’t tease American readers by suggesting authentic bug recipes from Laos or Australia. Instead, they offer modest, accessible recipes for a cook with ordinary skill: Chili with buffalo worms and mealworms, for instance, and a Thai salad with grasshopper.

I set out to make the first recipe in the book, nachos with chapulines, the salted, lime-tinged grasshoppers that are a specialty in Oaxaca, Mexico. It’s impossible to ruin nachos, right? From the start, however, I was stymied by a big problem facing would-be entomophages: Lack of supply. The infrastructure for producing, transporting, and delivering edible insects doesn’t yet exist in Chicago and, I’m guessing, most of the U.S.

That’s not the authors’ fault, but they don’t offer many solutions, either. They dedicate 180 pages to documenting how and why to cook bugs—but only two paragraphs on how to get them, listing just one U.S. supplier, World Entomophagy, a small business in Athens, Georgia. And World Entomophagy’s preferred transaction method—calling the owner on his/her cell phone—makes me worry about the capacity of this small business to handle lots of orders, despite its plans to expand.

After multiple attempts, I succeeded in sourcing grasshoppers at a Mexican specialty store in Chicago. They had been shipped in, already roasted, from Mexico.

Thus, after much searching, I must conclude that it is difficult if not impossible to get fresh, local bugs fit for human consumption unless you raise them yourself or buy them from pet suppliers. (Foraging is generally discouraged because wild insects eat many potential harmful things.) Pet stores and websites sell edible grasshoppers, crickets, mealworms, and more for Americans’ lizards. But trusting Petsmart to provide my protein hardly seemed better than buying Tyson chicken.

None of these practicalities dampen the authors’ enthusiasm, however. The cookbook contains several absurd recipes. There’s one for an insect stir fry called “hakuna matata” (yes, like The Lion King). There’s a “buglava” recipe that substitutes mealworms for pistachios. And, perhaps most troubling, there’s a recipe for chocolate cake that calls for buffalo worms.

This ento-mania suggests one of the problems of the apostles of entomophagy and, for that matter, of dietary reformers in general: An endless boosterism that saps their credibility. Chocolate cake is one of the great achievements of human civilization. Anyone arguing that worms will improve it seems, well, a little crazy.

Eventually, the authors’ fervor started to taint the entire logic behind entomophagy. What makes a more sustainable stir fry—bugs shipped across the continent, or eggs from my neighbor’s coop? Isn’t the larger issue the absurd amounts of protein Americans consume? Unfortunately, the cookbook doesn’t attempt answers to nuanced questions like these.

With all that said, my chapulines nachos were pretty decent. The pre-roasted grasshoppers offered a nice, shrimp-like crunch, even without their wings and legs, which are removed in the course of preparation. They had a dry, dusty aftertaste that I did not love, but perhaps that would have disappeared if I had fresher hoppers to cook.

In the end, the chapulines were the least tasty element of my nachos, after the salsa, cheese, refried beans, chips, and scallions, respectively. I could have skipped the grasshoppers and been just as happy.

Unless entrepreneurs can create a real infrastructure for raising, selling, and distributing edible insects for a mass audience, it might still be difficult to find edible insects in America’s grocery aisles and farmers markets. And yet, I have the feeling, some folks will still be proselytizing for them.

Photo at the top by Lotte Stekelenburg.

Christopher Weber is a freelance journalist in Chicago, where he also manages two large gardens and drives carpool. His signature crop is sweet potatoes. You can find more fascinating tidbits about him at ChristopherWeber.org. Read more >