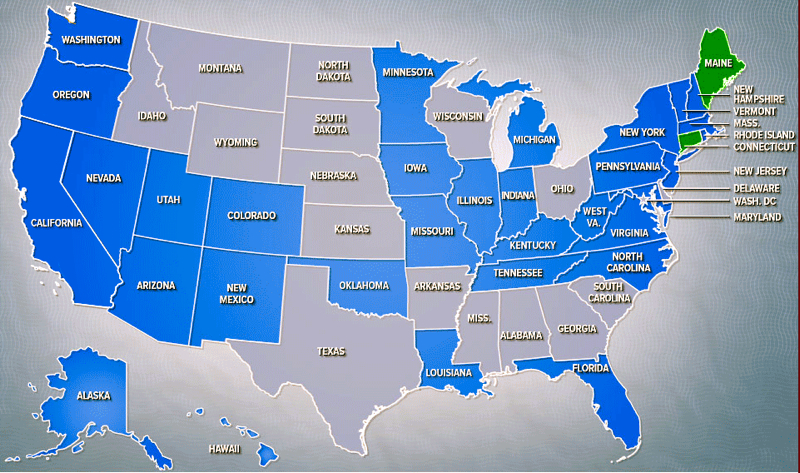 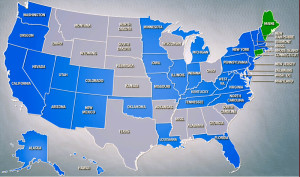 Most Americans would prefer to know whether or not they’re eating genetically engineered foods (commonly referred to as GMOs). According to some polls, as many as 93 percent of us would like to see them labeled. But there’s one group committed to ensuring that such labels never grace supermarket shelves.

Meet the Coalition for Safe and Affordable Food (the “Coalition”), Big Food’s slick response to the rise of state-led GMO labeling initiatives.

Launched in February by the Grocery Manufacturers Association (GMA), the Coalition is comprised of 30-plus private interest groups, including chemicals and biotechnology companies, processed food manufacturers, and the farm lobbies responsible for planting the bulk of the nation’s GMO corn, soy, and sugar beets.

However, you won’t see specific corporations that are invested in these foods, like Monsanto, Du Pont, PepsiCo, or Nestlé listed on the Coalition’s site. Rather, they’re hiding in plain view as affiliates of the Biotechnology Industry Organization, the Snack Food Association, and the National Association of Manufacturers. In other words, Big Food has stepped up its GMO defense strategy.


These efforts have been in the works for a while. GMA’s plans to strike back against labeling efforts around the nation have been public ever since the Washington Attorney General’s Office sued GMA for illegally raising and spending $7 million to defeat that state’s labeling initiative. In documents leaked to food-policy researcher Michele Simon last fall, the coalition’s goals are revealed as:

Now, GMA is working its way down the list.

The rise in the number of state-level labeling bills is likely what prompted the Coalition’s members to join forces. Presently there are 66 active bills in 27 states aimed at labeling GMOs. Connecticut and Maine have passed legislation but neither bill will go into effect until neighboring states join in. For Maine, this means that three of its surrounding states must pass similar laws. New Hampshire is expected to introduce legislation this year, which leaves New York and Massachusetts.

Both states have also introduced labeling bills, but lawmakers there have yet to move them forward. The Connecticut bill also includes a stipulation that says labeling will only be enacted if surrounding states representing at least 20 million voters pass bills. In other words, public opinion is important to policy makers.

Vermont’s H. 112, which moved through the state’s senate yesterday, is even more likely to make a splash. If passed, it will go into effect first (unless it’s held up by a lawsuit). California advocates are close behind with their second attempt, S.B. 1381, which just passed through the Senate there. Among other notables, Oregon will vote on a labeling bill this fall. (See a state-by-state breakdown on the Right to Know website.) 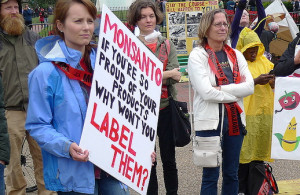 “It’s incredibly important for states to pass labeling bills as soon as possible to make it clear that what the people want is strong, clear, and mandatory GMO labeling–not voluntary labeling,” says Stacy Malkan, an advocate at Friends of the Earth, one of the groups behind Californians for GE Food Labeling.

Meanwhile, the Coalition’s plan to create federal legislation is also coming to pass. Congressman Mike Pompeo (R-Kansas) just introduced a bill titled the “Safe and Accurate Food Labeling Act of 2014,” which would block the state-level initiatives. Not surprisingly, the Congressman and his co-signers are sympathetic to the Coalition’s goals. After all, Pompeo is the political candidate who has received the most funding from the Koch Brothers this year and the Koch Brothers own Georgia-Pacific, a member of the GMA.

“We’ve got a number of states that are attempting to put together a patchwork quilt of food labeling requirements with respect to genetic modification of foods. That makes it enormously difficult to operate a food system,” Pompeo told Reuters recently. And he’s right, different labels in different states would create a very complicated scenario for food producers and retailers.

But most labeling activists agree: That’s not the end goal. Instead, the hope is to convince the U.S. Food and Drug Administration (FDA) to mandate labeling nationwide. The agency currently views GMO foods as “substantially equivalent” to conventionally produced foods, largely because it believes the difference is not visible or “material” to consumers. Around 1.3 million people have asked the agency to change its approach, to no avail.

Two Federal bills were also been introduced last April to mandate GMO labeling–S. 809 and H.R. 1699–by Senator Barbara Boxer (D-CA) and Representative Peter DeFazio (D-OR)–respectively. But much to proponents chagrin, the bills have made little progress in Congress so far.

For now, state-led efforts are being seen as the most powerful display of public support, and the best way to send a message to the Feds. But the Coalition’s monetary power should not be taken lightly. GMO labeling campaigns have consistently been outspent by the GMA and other Coalition members. Most recently, GMA poured money into Washington State to defeat I-522 and outspent proponents of labeling at a ratio of 4-to-1. California’s Proposition 37 was outspent 5-to-1.

“Money is a challenge,” admits Paul Towers, a member of Californian’s for GE Food Labeling and Media Director for Pesticide Action Network, when asked about the state’s current campaign. “We didn’t [have it] in Prop 37, and we won’t be able to raise anywhere near the amount of money that they can in this one.” But Towers and his colleagues don’t plan to throw in the towel any time soon. “What we do have is a really talented and connected group of citizen activists who are committed to advancing this issue and holding their elected officials accountable,” he says.