GRAS Out: Surprising Number of Unregulated Chemicals Found in Food 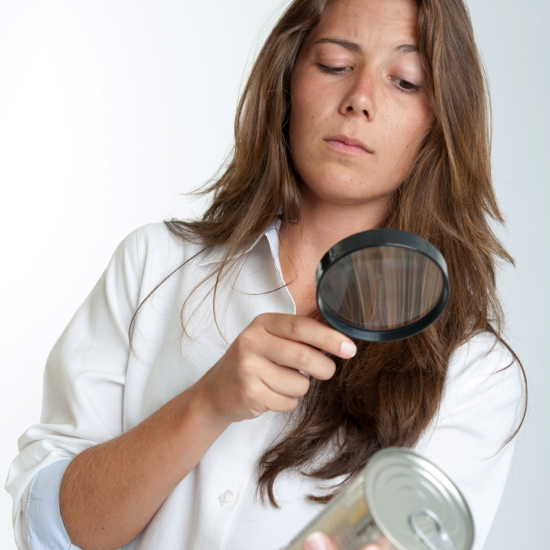 If you don’t recognize all the high-tech ingredients available in food and drinks these days, you’re not alone. Some of these new additions—such as glucosamine hydrochloride, gamma-amino butyric acid (GABA), or soy isoflavone extract—might show up in product marketing, while others, such as milk protein concentrate, will not. But whether new food additives are being promoted or not, a report released this week by the Natural Resource Defense Council (NRDC) says their novelty isn’t the only reason we should be paying attention.

In fact, a fairly large loophole allows chemicals and other new food and drink additives to bypass review by the U.S. Food and Drug Administration (FDA) because of a law passed in 1958. The law, which was intended to apply to common food ingredients like vinegar and vegetable oil—items that everyone could agree were safe to eat—allowed companies to deem ingredients in their products GRAS, or “generally recognized as safe.” Since then, the GRAS designation has continued to allow food companies to add ingredients to products without the need for FDA approval.

NRDC and others take issue with who is doing the “recognizing.” You see, while chemical companies have the option to offer up new additives for review by the FDA, they can also just call them GRAS and quietly start using them. And while the latter is considered the responsible thing to do, it’s increasingly less common.

NRDC looked closely at a list of companies, most of which have names like NutraGenesis, Biocell Technology, and NuLive Science and make additives that appear in things like energy drinks and sports bars—the relatively new gray area where supplements and food overlap. They found 275 chemicals from 56 companies, which, “appear to be marketed for use in food based on undisclosed GRAS safety determinations.”

“We took ingredients lists and matched them against FDA databases of regulated additives and we found a large number of additives on those ingredients lists that didn’t appear anywhere,” NRDC Senior Scientist and co-author of the report, Maricel Maffini, told Civil Eats. By process of elimination, she and her team were able to identify a list of so-called “self-determined GRAS ingredients.” However, Maffini added, “We’re a research team, consumers don’t have the time or resources to do that.”

Their initial findings prompted them to look further. In total, NRDC estimates that about 1,000 of the 10,000 additives used in food today have been added more or less on the down low by companies that don’t want to go through an official review process, don’t want their process known by competitors, or don’t want to face safety questions directly.

Thanks to a Freedom of Information Act (FOIA) request, Maffini and her co-authors got ahold of correspondence between a number of chemical companies and FDA staff members involved in review processes that resulted in withdrawals by the companies. If the FDA rejects a GRAS notice, it informs the company of its safety concerns and makes those concerns public. But if a company withdraws its request for review, the public is left in the dark.

In one example, Maffini and her team looked into a chemical called EGCG, made from an extract of green tea. “We found out the GRAS notice had been submitted to [the FDA] and withdrawn several times. However, it’s really popular in sports drinks, energy drinks, etc.,” she said.

“While the company was basically explaining that these types of purified chemicals were ‘just like green tea,’ FDA had concerns about EGCG,” Maffini said.  In letters to the company, the agency pointed to studies that raised health questions, such as an association with fetal leukemia, and one paper that cited evidence that the chemical caused genetic damage in human cells.

And this is just one example. As the report reads, “companies found their chemicals safe for use in food despite potentially serious allergic reactions, interactions with common drugs, or proposed uses much greater than company-established safe doses.

Of course, NRDC isn’t suggesting that everything added to food under the GRAS rule is unsafe. The point is merely that, under the current system, there is no way for most consumers to know either way. And while many additives appear on ingredient lists, Maffini points out that when additives are used in “incidental” quantities, or included in categories like “natural flavors,” food companies have no obligation to disclose them.

NRDC has made a list of recommendations in the report, including that Congress require the FDA to be informed of GRAS determinations so it can confirm that each chemical’s use in food is, in fact, safe. The organization also wants to see the correspondence between FDA and the companies filing for GRAS review made public, even if they have been withdrawn. In other words, the group is pushing for a more transparent system all around. Until then, NRDC suggests that perhaps GRAS should stand for “generally recognized as secret.”