The Other Fair Trade: Why Equitable Bananas Matter | Civil Eats

The Other Fair Trade: Why Equitable Bananas Matter 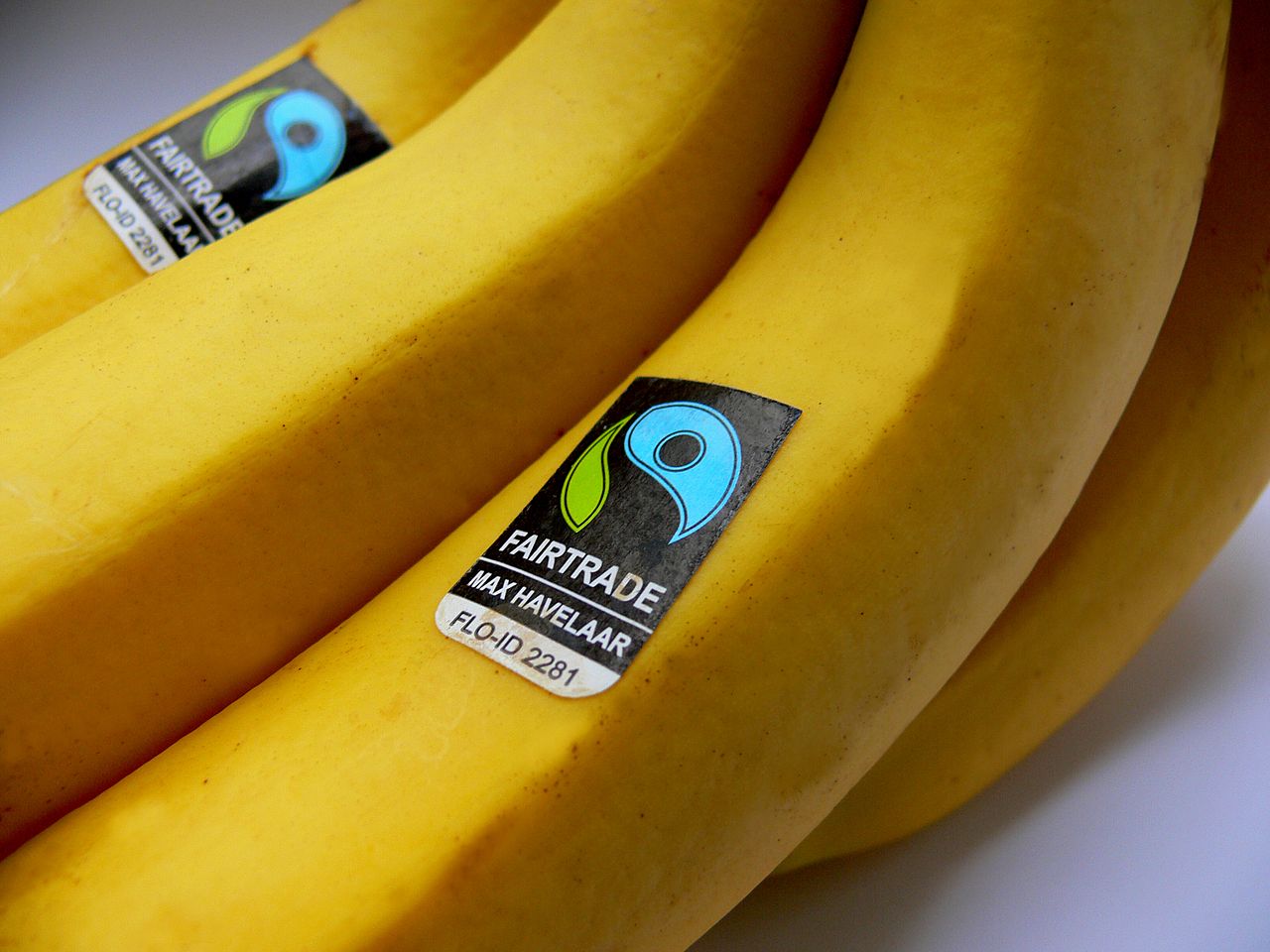 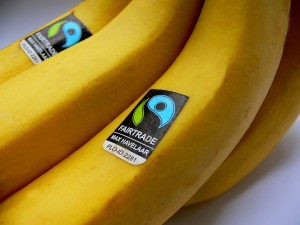 Oke USA, the banana arm of the Fair Trade co-operative Equal Exchange, wants to change this fact. That’s why the company, which is partnering with the European co-operative AgroFair to source bananas directly from small farmer co-operatives in Ecuador and Peru, hosted the Equal Exchange Banana Conference recently at Tufts University.

The event brought together stakeholders across the Fair Trade banana supply chain to consider what it would take to expand the industry while staying authentic to the core goals of Fair Trade.

Cheap Fruit With a Steep Price

The mainstream banana industry is dominated by Dole, Chiquita, Del Monte, and Bonita, which together sell more than 80 percent of U.S. bananas. The majority of the profit stays with the retailers and the smallest percentage goes to the workers on plantations, where most bananas for export are grown.

Notorious for decades for having some of the harshest working conditions in agriculture, conventional banana plantations still rank as some of the most difficult places to work, particularly in countries with less robust worker protections like Guatemala and Ecuador. Furthermore, most banana companies move production to whichever country has the lowest wages and least stringent worker protections, what is referred to as a “race to the bottom,” making it especially challenging to address worker exploitation. Dominated by large numbers of monocrop acres, these plantations also require heavy pesticide use, which has been shown to be damaging for both human and environmental health. 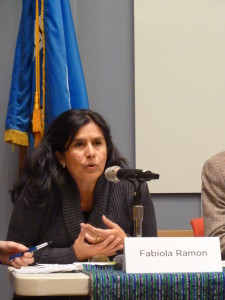 Fabiola Ramon, a farmer and the president of Asociación de Pequeños Productores Bananeros “El Guabo,” an Ecuador-based cooperative of banana farmers, traveled to Boston to share her story at the conference.

According to Equal Exchange, the El Guabo cooperative started in 1998 when 14 small-scale banana farmers in southwest Ecuador “decided to take the tremendous risk of sending one container (about 38,400 pounds) of bananas to Europe with the hope of selling it directly to a supermarket.” Today 350 small-scale farmers grow Fair Trade bananas on farms ranging from two-40 acres each and work in conjunction with AgroFair and Oke USA to export the fruit.

In addition to earning a fair price for their bananas, the co-op receives an additional $1 per case (around 40 pounds of bananas) as a Fair Trade social premium. This may seem small, but since the co-op was founded in the mid-1990s, the premium has allowed it to support clinics in the town of El Guabo, provide health insurance for the farmers, and pay for the salaries of teachers and technology in schools. Lianne Zoeteweij, Managing Director of El Guabo, also pointed to the fact that the co-op is a part owner in AgroFair, demonstrating the critical role that cooperatives play throughout the supply chain.

But many of the presenters felt that the current pricing system, in which the Fair Trade certifying bodies, like Fair Trade International or FLO, distribute the same premium to plantation owners and small landholders alike, represents a major flaw in the system. Many in the industry believe that cooperatives of small producers should receive a premium that is linked to their higher cost of production relative to plantations, which can take advantage of economies of scale. Yet, the first banana producer to receive Fair Trade certification was a plantation, and scaling up Fair Trade would not be possible without them.

More Than a Label?

One of the challenges to Fair Trade is the fact that it is primarily seen as a labeling scheme. “The label is the beginning, not the end game,” said Jostein Solheim, CEO of Ben & Jerry’s, which sources all of its banana puree from El Guabo. “Although the label is an opportunity to give some power to the consumer, it doesn’t yield the ultimate solution for scaling up beyond the current niche,” said Solheim. The latter would ultimately require changes to the environmental and labor conditions of the major market players, rather than solely relying on consumers choosing a more expensive option.

As Walmart’s best selling product, bananas are a major source of profit for most retailers, which yield a great deal of power over the market. Industry research indicates that consumers would pay significantly more for bananas than they do, as the fruit is still relatively inexpensive—and retailers have the power to set these prices.

While Fair Trade bananas sourced from plantations are beginning to make inroads in major retailers in Europe, in the U.S., bananas like El Guabo’s mostly show up in small stores. Some cooperative grocers at the conference said they’d had mixed results marketing the fruit, particularly when they blend their profit margins with those for conventional bananas, a common practice which yields a Fair Trade consumer price that is only 15-25 cents higher per pound. Although some retailers experienced selling out immediately, others expressed trepidation about increasing prices without a more consistent and reliable supply chain.

Perhaps one of the answers lies in the real distinction that cooperatives like El Guabo provide U.S. consumers—the opportunity to connect with the face of production, or the human side of the fruit. Zoeteweij recounted that earlier that week, the owner of a small apple orchard in Massachusetts had approached her, sharing her fears that the family apple business would end because her children didn’t want to take over the orchard. She saw telling their stories as key to saving the farm.

Yet, in our attempts to improve American consumers’ relationships to local food, the stories of banana farmers may have gotten somewhat lost. “Our supply chain depends on each one of you here,” Nicole Vitello, President of Oke USA, told conference participants. And they left with the stories of Fabiola Ramon’s farm and community of El Guabo firmly in their minds. Though the co-op sells fewer bananas than when it started, it’s clear that the relationships developed through the direct supply chain have enabled them to continue producing bananas on their own land, leaving a future into which Ramon’s children are planning to step.

Photo of bananas by Max Havelaar. Photo of Fabiola Ramon by Aliza Wasserman.

Aliza Wasserman advocates for policies that promote health equity with the Boston Public Health Commission, where she has worked for the past 5 years. She received joint Masters degrees in food policy and public health from Tufts University in 2009 and worked on the 2008 Farm Bill with the Community Food Security Coalition. Aliza has blogged at The Jew and the Carrot and at Dr. Parke Wilde’s US Food Policy Blog. She lives in the Jamaica Plain neighborhood of Boston and spends her free time cooking, wonking out on politics, and building a progressive Jewish social justice community. Read more >