Last week, we debuted our weekly roundup of important food and agriculture stories to keep you up to date on the latest food policy news. Here’s what caught our attention this week:

A new series on the Supplemental Nutrition Assistance Program (SNAP) tracks where food stamp dollars go after they’ve been spent at stores. Walmart, at the center of the discussion, likely has both the largest potential market share of revenues from food stamps (USDA data is remarkably opaque on this subject) and the highest estimated number of employees who receive SNAP benefits themselves of any major food retailer. The company has also gotten increasingly more involved in conversations around SNAP cuts and increasing the minimum wage.

2. Plowed Under (The American Prospect)

New research indicates that native grasslands in the northern U.S. are being converted to farmland at the highest rate since the 1920s. This trend could have devastating impacts on the long-term viability of our country’s agriculture system and food supply. Federal policies, such as those that require oil companies to mix ethanol into gasoline or that provide crop insurance to commodity farmers, are largely to blame for this environmental threat. 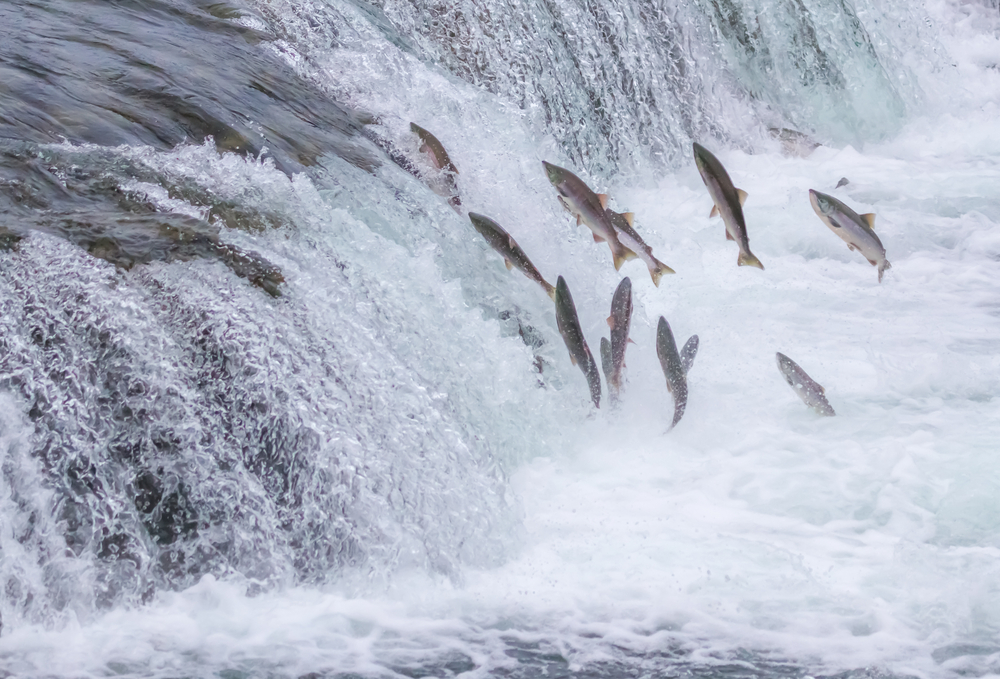 3. Engineered Salmon May Be a Tough Sell (Associated Press)

For the past four years, the U.S. Food and Drug Administration (FDA) has delayed approval for AquAdvantage salmon, a fast-growing, genetically engineered (GE) version of the fish. If approved, the salmon would be the first GE animal available for consumption in the U.S., but the product’s current immobility through the FDA approval process might means it’s already dead in the water. Some major food retailers, including Safeway and Kroger, have stated they will not sell the salmon even if it does receive FDA approval, based on growing consumer concerns about eating GE animals.

U.S. sales of soda dropped three percent in 2013 and Americans are now drinking about as much soda per year as they did in 1995. Sales of both traditional and diet soda have been on the decline in recent years, due in large part to increased messaging around sugar’s negative health effects and on-going skepticism about the safety of sugar substitutes like aspartame. While the drop in sales may signal a blow to the industry, companies like Coca-Cola and PepsiCo still dominate beverage markets from sports drinks to tea.

5. Brewers Say Beer Is Good for Cows, Too (The Press Democrat)

New proposed regulations from the FDA would require breweries to adhere to the same standards as livestock and pet-food manufacturers when it comes to processing “spent grains,” or the leftovers from the beer-making process, for feed to sell to ranchers. Spent grains are currently a win-win option for brewers and ranchers; the former earn additional money and minimize their waste and the latter have access to a low-cost food source for their livestock. Both groups have come out in strong opposition to the regulations, saying such changes would make it more cost effective to send spent grains to the landfill than to continue using them as feed.

6. Climate Change a Threat to Security, Food and Humankind (The Guardian)

According to a new report released by the United Nations Intergovernmental Panel on Climate Change (IPCC), our planet’s rising temperature poses a severe risk to the global food supply and, as a result, to global security. The authors link climate change to drops in crop yields and increased food prices, both of which contributed to growing political turmoil in Asia and Africa in 2008. The report’s sobering message is clear: The time to act on climate change is quickly passing–or has already passed–and we must focus our collective efforts on adapting to an increasingly tumultuous environment if we want to protect our food systems and our communities.

The Environmental Protection Agency’s (EPA) response to a lawsuit urging stronger protections for children exposed to pesticides in rural areas does not make any changes to existing standards. Advocates from the organizations who brought forth the lawsuit, including Pesticide Action Network (PAN), United Farm Workers (UFW), Earthjustice, and Farmworker Justice, have pointed out that even low-level exposure to commonly used pesticides jeopardizes children’s long-term neurological and physical health. These groups see EPA’s failure to create more comprehensive and stringent regulations on pesticide use as a severe blow to rural children and their families.

8. Organic Crops May Get a Commodities Exchange (Businessweek)

Conventional crops are priced through the Chicago Mercantile Exchange, which allows both growers and purchasers to see a given crop’s current market value through an online database. Organic and non-GMO crop sales, on the other hand, are typically based on private negotiations between parties. This system can often lead to higher costs that ultimately get passed on to the consumer. Mercaris, a new online trading platform, is now seeking to bring more transparency to the sale of organic and non-GMO crops by creating a commodities exchange similar to the one for conventional crops.

Let us know what caught your attention in food news this week in the comments below and send us your tips and links here.