Four New Studies Implore Us to Change the Way We Farm 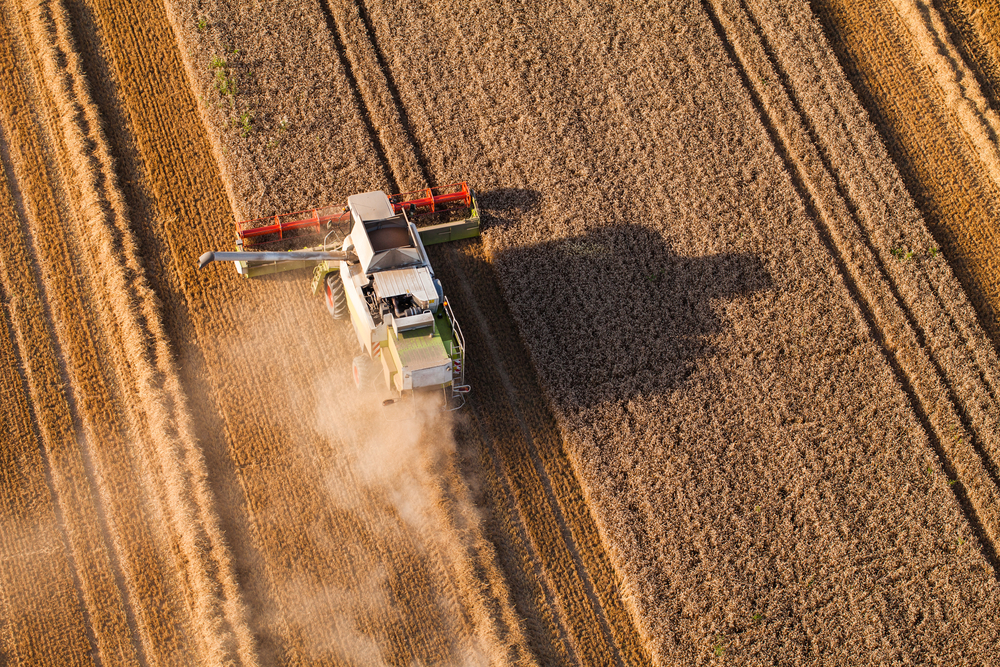 Crazy weather we’ve been having this year: Monster snowstorms across New England, record-breaking freezes in the Midwest, drought, wildfires (in January!), and weirdly hot days in California. For many farmers across the country, and around the world, all this extreme weather—on top of ever-intensifying environmental and economic stresses—is pushing them to their edge.

At the same time, a growing number of farmers and scientists are realizing that 1) continued reliance on the energy, water and chemical-intensive industrial model of agriculture is simply no longer an option and 2) our most robust response to today’s converging stresses lies in cultivating resilience and food democracy.

This message is at the heart of several new reports by international scientists and development experts that analyze distinct pieces of the global food security puzzle. Taken together, these reports paint a clear and compelling picture of what needs to change.

One of the greatest threats to food security today is the dramatic worldwide loss of crop diversity that has taken place over the past 50 years.

These are the findings of an international team of scientists published this month in the Proceedings of the National Academy of Sciences (PNAS). Examining national food supply data from the U.N. Food and Agriculture Organization, the researchers demonstrate how a global expansion in production of a few staple cereal crops (wheat, rice and maize) along with dominant oil crops such as soybean, palm, rapeseed, and sunflower, has re-shaped and homogenized the global diet.

Disappearing from fields and bowls across the planet are nutritionally important root crops (cassava, sweet potato, and yam) and cereals (sorghum, millets and rye), along with many more, less well-known local crops.

The consequences of this erosion of crop and dietary diversity?

The expansion of the global diet and its accompanying production systems has simultaneously increased efficiency and decreased the resiliency of the global food system …. These [trends] make the global food supply more susceptible to widespread problems … as a greater uniformity of crops are grown over larger areas.” [emphasis added]

In other words, as I’ve said before, the export and spread of a few commodity crops—many of them pesticide-promoting, genetically engineered varieties manufactured by the Big 6 pesticide/biotech companies—is not the answer to food security, as Monsanto would have us believe. It’s one of the biggest threats.

As locally and regionally important crops disappear, we lose more than their immediate dietary benefits and protection from disease. We also lose the vast genetic resources they contain, as well as the rich cultural knowledge, traditions, and rituals that communities have evolved over centuries. We lose our agri-culture.

But there is good news. We can reverse this global decline, and rebuild diverse and resilient food and farming systems.

In a January 2014 briefing paper, scientists from the University of California explain why resilience in farming is so important. Put simply, resilience refers to the ability to respond and recover from disturbances, such as the kinds of climate-related stresses we’ve witnessed this winter.

In the agricultural context, ecological resilience is best supported by diversified farming systems, grounded in agroecological principles and practice. While the authors point to numerous indigenous and traditional farming systems as models of sophisticated, biodiversified farming, they also suggest that larger scale mechanized farms can incorporate agroecological principles into their design and begin to introduce beneficial diversification strategies.

Meanwhile, a just-released Oxford University meta-study concludes that organic farming significantly increases biodiversity, by up to one third, compared with conventional farming. The increase in biodiversity was noticeable not only among plants and birds, but also among pollinators, predators and decomposers—species having critical “functional roles” in a healthy agroecosystem.

The differences in diversity were greater in more “intensively managed landscapes,” suggesting that in these areas, organic farms provide a critical refuge or, as the authors suggest, a precious “habitat in a sea of pesticide-covered conventional fields.”

The scientists conclude that organic farming is a “tried and tested method for increasing biodiversity on farmlands,” establishing it as one of our more reliable paths towards ecological resilience.

A swift and decisive transition towards ecological, biodiversified farming systems is required, if we are to meet local and global food needs sustainably amidst increasing climate, water, energy, and other environmental stresses (as I’ve said here and here).

And yet, too often our governments, public agencies, and policymakers fail to take action, choosing instead to follow the lead of a few, powerful corporate actors with vested interests in maximizing company profits.

For exactly this reason, Olivier de Schutter, in his final report as the United Nations Special Rapporteur on the Right to Food, emphasized last week that the world’s food systems must be “radically and democratically redesigned” to ensure a world free from hunger.

Indeed. This too can be done. It’s called food democracy and it’s already happening all over the world.