What Immigration Reform Means For the Food System | Civil Eats

What Immigration Reform Means For the Food System 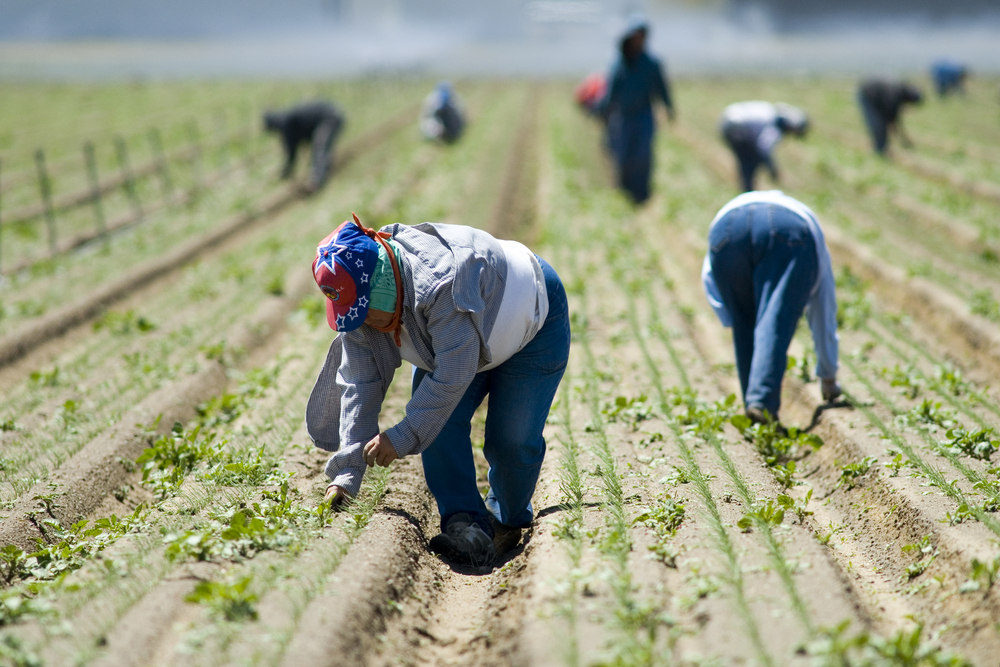 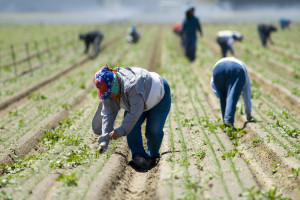 When she was U.S. Deputy Secretary of Agriculture, Kathleen Merrigan focused mainly on local and regional food systems. But she doesn’t think we’ll be able to count on local food for much longer if we don’t take a close look at how and why today’s farms employ their workers.

“Immigration reform is essential to agriculture’s continuation in this country,” Merrigan, who retired from her post at USDA last year and will soon begin directing the sustainability center at George Washington University, tells Civil Eats. “There’s no industry that’s more strapped than agriculture now for lack of immigration reform.”

A White House report released last year highlighted the economic incentives that an improved immigration system could bring to agriculture—and the economic risks the industry faces without it. The administration cited one study predicting that without access to unauthorized workers, U.S. farm output would fall between three and six percent and lose up to $12 billion. Projected losses in California alone ran as high as $4 billion.

While farm owners and farmworkers both agree that change is necessary—and have even come to agree on what that change should look like—in reality, change is proving difficult. Not terribly surprising, the fight has been stuck in Congress despite months of debate, and despite promises of a solution from both parties.

The Vegetables Won’t Pick Themselves

Agriculture depends—as do other sectors of the food industry—on cheap labor. More often than not, that means foreign-born workers, who comprise up to 90 percent of the seasonal workforce, according to the National Council of Agricultural Employers. Many of these workers are undocumented and most have been willing to work for piece-rates in the past.

When the numbers of people willing to work these jobs falls, as it has in recent years, the industry is particularly vulnerable. Frank Gasperini, CEO of the National Council of Agricultural Employers, says that farms have reported labor shortages growing worse since 2010, reaching as high as 50 percent at times. 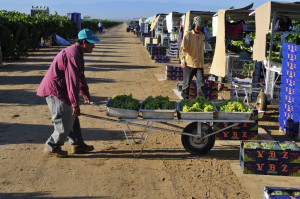 This drop is a result of several convergent trends. The flow of workers from Mexico to the U.S. has slowed to a practical trickle, which has reduced the workforce available not only for agriculture but other jobs in the food industry—slaughterhouses, meat processing plants, etc.

Fear of deportation has skyrocketed—the Obama administration has overseen approximately two million deportations, a record—while the Mexican economy grows, shrinking the incentives to work in U.S. agriculture in the first place. And with programs like E-Verify cracking down on employers who hire undocumented (or falsely documented) workers, there’s fear among employers around hiring workers who are available.

That’s where immigration reform comes in. Since a vast majority of the roughly one million farm workers employed in agriculture are undocumented, labor shortages are only likely to grow, unless U.S. laws—and working conditions—are changed. As recent years have shown, when fewer workers are available, they can be pickier about the work they do—choosing crops that are easier to pick, for example, or employers that pay a dollar or two more an hour, leaving other farmers high and dry when the harvest comes.

Of course, there are workers authorized to work in the U.S. Many are employed through the H2A guest worker program, which labor activists see as being rife with abuse—while employers say it’s fraught with bureaucratic inefficiencies.

So both sides would like to see immigration reform that not only recognizes undocumented workers and establishes a legitimate framework for employment, but also changes the H2A system as well.

Forget Local and Even U.S.-Grown

Merrigan says that food industry leaders have confided in her that they’re going to be moving production elsewhere if immigration reform doesn’t happen soon. She stresses that the intention is not to punish the American consumer. “It’s a lament, not a threat,” she says.

“We’re seeing folks every year move to mechanized crops—crops that aren’t as valuable for human foods. And we’re seeing more and more big operations moving production to other countries, where they have a more stable labor supply,” Gasperini, of the National Council of Agricultural Employers says. In other words, we would likely grow more corn, soy, and commodity crops in the U.S., and fewer fruits and vegetables. And that will mean importing more of the food we actually eat, which concerns him. “We’ll eventually reach a tipping point where we’ll be importing more of our food than we grow ourselves, and then we’ll be very vulnerable to other countries and exporters holding us hostage for our food supply.”

These problems aren’t just a short-term crisis. Agriculture requires planning and long-term investments, and with so much uncertainty around the labor supply, many employers are making plans that involve less U.S. production. Gasperini says farmers are encouraging their children not to stick with the family business. And, despite the rise of the hipster farmer, the country’s already hemorrhaging farms, so the shift toward overseas production is only going to continue if immigration reform doesn’t happen soon. 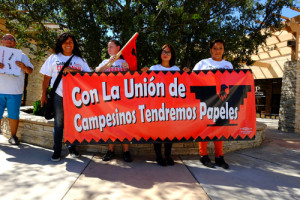 A Chance to Come Out of the Shadows

“If you’re having a glass of orange juice for breakfast, you know these oranges were most likely picked by unauthorized workers. If you had milk on your cereal, whoever milked the cow probably didn’t have papers,” says Erica Lomeli, policy director for the United Farm Workers union.

Changing U.S. laws to recognize these workers and give them rights would improve their lives and give them peace of mind; it would also enhance their ability to contribute to their communities and the economy, say immigrant rights advocates.

Immigration reform is “not only going to benefit industry, but it’s going to benefit our country, if these workers and their families are fully engaged,” says Lomeli. “This means not only providing their labor, but also engaging in civic life.”

Everyone—farm workers and employers, Democrats and Republicans—wants immigration reform. But they can’t agree on what it should look like.

Democrats want to create a path to citizenship for undocumented workers, and, for agriculture, they want to establish a new visa program for workers that would replace the existing H2A program. Republicans, meanwhile, oppose the earned legalization path—they don’t want to reward individuals who they say have broken the law. They want tougher law enforcement and border security to come before any other steps toward reform, and some are pushing to overhaul the H2A program by weakening worker protections rather than strengthening them.

Lomeli, like many farmworker advocates, feels that providing a path to legalization and citizenship is the only acceptable approach. “Poll after poll has shown that Americans favor giving new immigrants the opportunity to apply for citizenship,” she says. “The Republican leadership is telling these immigrants, ‘you can pick our crops, you can take care of our children, but you can’t be one of us.'”

Meanwhile, Gasperini opposes the emphasis on enforcement, out of concern that this approach will exacerbate the problems already facing agriculture. “If everything doesn’t pass at once, we could lose our workforce and not be able to grow food,” he says.

“You can’t put your farming operation on hold. If you [stop] producing vegetable crops and shift to [mechanized crops] like corn and soybeans, very few people are going to readily shift back.” 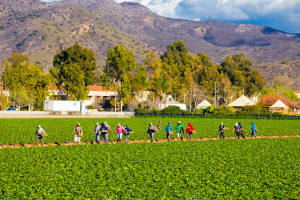 Last summer, the Senate released a comprehensive immigration reform bill that included a stakeholder agreement that farm workers and employers—the two groups most invested in what agricultural labor looks like, and who don’t normally see eye to eye on things—could agree on. It addresses both citizenship and the visa program to replace H2A.

After the Senate’s bill, the House of Representatives introduced a similar one, which included the same stakeholder agreement—in the fall. But the more conservative House leaders are now saying it’s unlikely the two sides of Congress will come to an agreement in 2014, with House Speaker John Boehner citing “widespread doubt” that the administration can be “trusted to enforce our laws.”

Some advocates are still holding out hope and think there may yet be a compromise. Lomeli is among them, and UFW is working to keep the pressure on members of Congress. “I know it’s tough, but they have to do their job,” she says.