Lessons From the Rancho Recall: Local Slaughterhouses are Essential 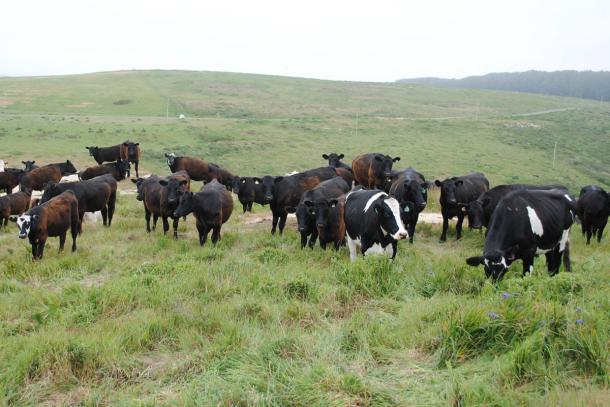 On February 8, Rancho Feed Corporation issued a recall on more than 8.7 million pounds of meat that had been processed in its facility over the last year. No illnesses have been reported, but the Petaluma, California-based slaughterhouse allegedly defied the law and circumvented U.S. Department of Agriculture (USDA) inspections, slaughtering and selling meat from diseased cows.

Sustainable ranchers like David Evans of Marin Sun Farms, who have made their livelihoods out of raising healthy, pasture-raised animals under humane conditions, were not spared in the blanket recall, even though their meat did not commingle with the diseased animals in question. Marin Sun Farms had to pull more than $100,000 worth of product from the market, which remains unsaleable while the recall is under federal criminal investigation. “There are conversations taking place about potentially revising the recall, but it’s in the hands of the USDA,” Evans says.

Bill and Nicolette Hahn Niman of BN Ranch are appealing the recall while 100,000 pounds of their frozen grass-fed beef sits in limbo. The Nimans point out the difference between their carefully handled beef and the diseased commodity meats that Rancho was also processing. Noting the devastation of having to destroy this meat, Nicolette has spoken out in favor of increased transparency and traceability in slaughterhouses.

“We want to emphasize the distinction between these two separate channels of trade that Rancho was engaged in,” she says, “and that the meat that people have been buying through their CSA, farmers market, and directly from their farms like us is as safe and wholesome as they thought it was.” 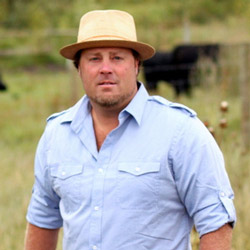 Meanwhile, the facility has closed its doors, creating a huge gap in the local food system. As the only beef slaughterhouse in the Bay Area, it was a critical resource for local meat producers. The case has brought to light the importance not only of food safety and transparency, but also the availability and accessibility of federally inspected slaughterhouses for small-scale and sustainable ranchers. Without the seal of USDA inspection, ranchers cannot bring their meat to market.

“There’s nowhere else to go,” says Evans. “The next nearest slaughterhouse is in Modesto. This is the gateway to market access. It’s how you bring livestock to market in the Bay Area, and without it, the sheer distance of traveling to the next nearest facility would drive prices up considerably.” For small livestock producers, the increased transportation costs and added stress to their animals could be prohibitive.

While the demand for local, organic, grass-fed, and humanely raised meat has grown in recent years, dwindling access to regional slaughtering and processing facilities has created a bottleneck for bringing such meats to market. From 1980 to 2010, the number of federally inspected slaughterhouses dropped from 1,627 to 1,051. Today it is estimated that four corporations process roughly 80 percent of US beef.

Complicating matters, large slaughterhouses often require binding contracts and are reluctant to deal with small, independently owned ranchers. “If you have a small number of animals, there are very few slaughterhouses that want to work with you,” says Niman. “Rancho was kind of unusual in that it was quite openly available for small farmers and ranchers.”

Bringing a silver lining to what has become a devastating situation for local ranchers, Pt. Reyes, California-based Marin Sun Farms has purchased the closed Petaluma facility and is now awaiting approval from the USDA, with hopes to begin operation within the next couple months.

Careful to distance itself from its predecessor’s unsafe practices, Marin Sun Farms plans a complete overhaul of the facility. “We’re starting over from scratch,” says Evans. “We’re rewriting all of the HACCP (hazard analysis and critical control points) plans and rethinking how everything gets handled through the facility to guarantee that there are checkpoints, traceability, and transparency.” Under USDA rules, each slaughterhouse writes its own HACCP safety plan, which federal inspectors oversee while ensuring that animals are healthy and properly slaughtered.

Marin Sun Farms will also be offering an “à la carte” menu of custom services for local farmers, from livestock hauling, slaughtering, and cutting to meat packaging, distribution, and sales. There is also talk of diversifying to pigs, lamb, and goat, as well as having the facility certified organic, so that organic ranchers will be able to bring certified organic meat to market.

While the news of Marin Sun Farms’ acquisition has been well received by many, there have also been concerns among some ranchers about whether there may be a conflict of interest in having a direct competitor operate the only slaughterhouse in the area.

Niman is reservedly optimistic about the change in ownership. “I think that the facility is an incredibly important part of the infrastructure for farmers and ranchers in Northern California, and it’s definitely good news that there’s movement afoot to keep it open,” she says, adding, “I also think it’s important that it be available to all the farmers and ranchers in this area.”

Cognizant of these concerns, Evans emphasizes that he intends to keep the facility open and accessible to local ranchers, focusing on small and sustainable livestock operations. “I’m looking forward to working with small ranchers in Northern California to allow them an easier path to bringing their products to market,” he says.

“With this effort, I’m hoping that we’re going to see a lot more accessibility for small producers,” he continues. “I think this will allow for greater participation in the marketplace, and we’ll get to help facilitate that.”

This article originally appeared in the CUESA E-Letter.