No-Kill Caviar: Can it Save an Endangered Species? | Civil Eats

No-Kill Caviar: Can it Save an Endangered Species? 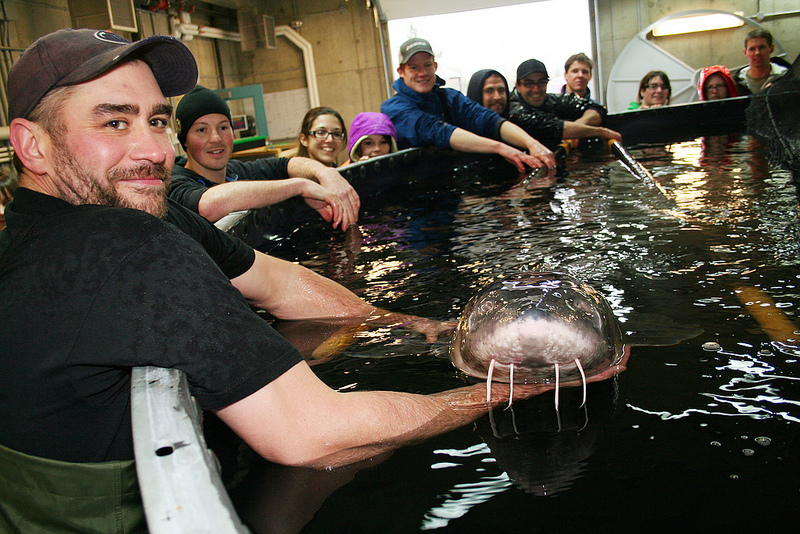 You don’t have to see a sturgeon in person to get a sense of just how monstrous and oddly majestic these ancient fish can be. But that’s exactly where Angela Köhler found herself a few years back–face to face with a giant, 30-year-old, 10-foot-long sturgeon that was being harvested for caviar.

The marine biologist and eco-toxicologist was in Iran for a conference, and she joined a tour visiting a sturgeon farm and caviar facility at the edge of the Caspian Sea.

“They brought in a huge female wild catch. They anesthetized it by a blow on the head, cut it open, and there were 7-8 kilos of caviar inside. They said, ‘this caviar is too mature to sell,’ so they discarded the whole fish, the caviar, everything,” Köhler recalls. 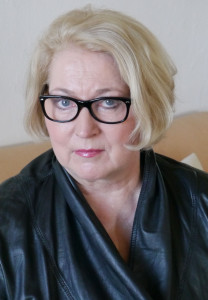 The move was especially shocking to Köhler, who spends her days thinking about the health of the ocean’s inhabitants. But she wasn’t alone in her concern. Despite various efforts to protect their stocks and stem illegal poaching over the last few decades, most of the 25 sturgeon species are critically endangered, or close to extinction. Declining habitat and pollution have played some role in this change, but rising global demand for caviar (and a new taste for it in China) is the main cause for their demise. You see, even if the caviar Köhler had seen harvested that day had been used and sold, the fish would still have died.

“Normally they have to kill the fish to harvest immature eggs for caviar production. Because they are surrounded by a network of cells which stabilize the egg,“ says Köhler. “If you strip the eggs out out of the belly without killing the fish, and the eggs touch water, they’re basically inedible.”

All this got the scientist thinking: What if there was a way to stabilize mature eggs, and keep the sturgeon alive? After several years of experimentation, Köhler developed–and patented–just such a technique. She worked with Deborah Keane, owner of California Caviar Co., to use the technique in a contained sturgeon farm in Germany, where Köhler lives. The result is the first no-kill, or “cruelty-free” caviar.

Like most caviar, this type, which the duo have branded Vivace, is still mighty pricey at $125 an ounce. But Keane believes that wider adoption of Köhler’s technique could begin to make caviar–the very symbol of inacessability–accessible to more of us. Here’s the thing: it takes Sturgeon farmers around a decade to raise a full-grown fish. Beyond the benefits to the fish, which will now be able to live out their 60-120 year lifespan, no-kill practices will also allow aquaculturists to harvest eggs from a fish every 1-2 years. That’s a significant difference, when you consider how many resources are required to raise (and feed) these fish.

“It’s much more sustainable and affordable to have the fish continue to make eggs, versus just once,” says Keane.

The traditional model is also a huge gamble from a business perspective. When Keane started in the fish farming industry at California’s Tsar Nicoulai in 2004, she recalls, “it took us 10-12 years to get seven pounds of roe. That is a long return on your investment.”

Keane compares today’s caviar industry to the wine industry in the 70s and 80s. “It will be like what happened to wine after we started producing it in Napa,” she says. “At one point it was prohibitively expensive and now you can walk into most liquor stores and buy a decent bottle for under $20.” 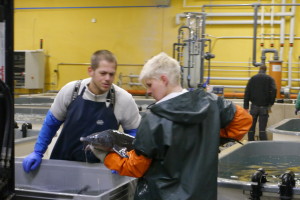 If she’s right, this unusual food might start gracing more plates–especially those of people who want to get the health benefits of fish but don’t believe in killing them for ethical reasons. Caviar is full of omega-3 fatty acids and acetylcholine (a neurotransmitter said to play an important role in memory retention). “It’s a very healthy food,” says Keane, who has plans to open a caviar tasting room in Sausalito, California this spring.

Of course, the changes to the industry Keane talks about won’t happen tomorrow. “It could take years, even decades,” says Köhler. “A system like we have takes a large investment. But [the no-kill techniques] make closed aquaculture for caviar production economically possible for the first time.”

And regardless of how you feel about caviar, that’s good news for the wild sturgeon, whose stocks are in desperate need of a rebound.

Photo at the top by Vancouver Island University. Photos of Angela Köhler and the Vivace facility courtesy of California Caviar Company.