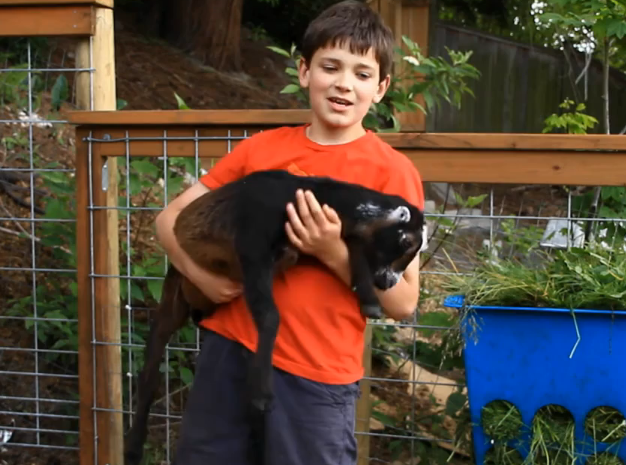 A few summers ago, my filmmaking partner, Andrew Monbouquette, and I traveled over 13,000 miles to document and learn from urban farmers for our film, Growing Cities. We visited over 150 urban farms, community gardens, food projects, tilapia tanks, backyard beehives—and everything in between—in hopes of finding our own place in the “Good Food Movement.”

Like so many young (and not so young) people, we thought we needed to go somewhere to be a part of the movement—preferably somewhere hip, like one of the grittier parts of the Bay Area, Brooklyn, or Detroit. It took us a few months on the road before we realized that the most important thing we could do was to start a project back home in Omaha, Nebraska (Truck Farm Omaha).

It was the words of farmers like Malik Yakini, of Detroit’s D-Town Farm, which guided us towards this realization. He told us, “Though most of the urban farming and food justice work is happening in black, Latino, and low-income communities, most of the people doing the work are young people from privileged backgrounds … who are often white.”

After speaking more with Malik and others, we began to understand that very few people would like it if someone just showed up one day and told them what to eat, or how to grow food. More importantly, we realized that every single community needed this work to be done, especially places like our hometown, where corn is king.

As Eugene Cooke, a farmer in Atlanta, GA said, “Grow something … grow where you are!” This phrase has become our mantra and something we say whenever we’ve had the chance to screen Growing Cities. And many of the most intriguing projects we’ve encountered in the last several years have embodied this approach–from Sophia Buggs at Lady Buggs Farm in Youngstown, Ohio to student food system activists at Cornell College in Mt. Vernon, Iowa.

Whether it’s growing a tomato for the first time, or taking it a step further and lobbying to legalize backyard goats (like Jennie Grant of the Goat Justice League, who appears in the outtake below), everyone can do a little bit more to create healthier, more sustainable, and just communities.

Growing Cities will be showing all over the U.S. this spring. Find a screening, add your project to our national urban farm map, or find out how to host a screening in your community.

Dan is one of two filmmakers behind Growing Cities. He has visited countless urban farms and food projects across the country and worked with many leaders in the sustainable agriculture movement. Besides being a filmmaker, Dan is also the founder of Truck Farm Omaha, an edible education project which teaches youth about sustainable farming and healthy eating in Omaha, NE. Read more >